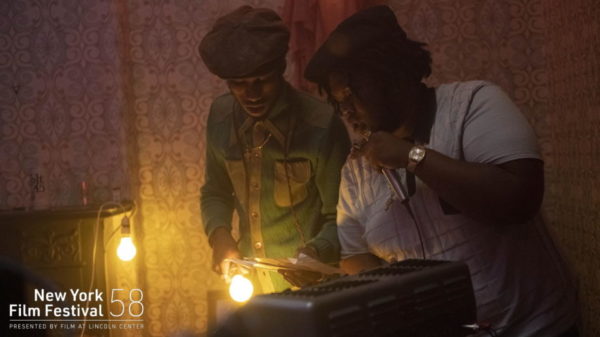 Lovers Rock is part of the Small Axe anthology, which comprises five original films by McQueen, which will also premiere later in the year on Amazon Prime Video here in the US (as well as on BBC One in the UK).

Set from the late 1960s to the mid-1980s, the films each tell a different story involving London’s West Indian community, whose lives have been shaped by their own force of will despite rampant racism and discrimination.

The official synopsis can be found below:

Film at Lincoln Center also provided some insight on how the festival will operate during this crazy and uncertain time which will see them make use of two drive-ins to help keep the communal aspect of screenings alive, in addition to virtual screenings.

Find all the details about NYFF58 below:

The 58th edition of the New York Film Festival will focus on outdoor and virtual screenings with indoor screenings as possible and directed by state and health officials. In an unprecedented collaboration, Film at Lincoln Center is proud to partner with arts and cultural institutions from across the city this year to share films with New York City communities at two drive-ins: the Queens Drive-In at Flushing Meadows Corona Park, created by Rooftop Films, the New York Hall of Science, and Museum of the Moving Image; and the Brooklyn Drive-In at The Brooklyn Army Terminal, created by Rooftop Films and the New York City Economic Development Corporation. This exciting and historic partnership is intended to act as a cooperative effort to bring films safely back to New Yorkers and to highlight the power of cinema to build community and camaraderie among our fellow citizens as New York emerges from an incredibly challenging period. Specific dates, along with programming and ticketing details will follow in the coming weeks.