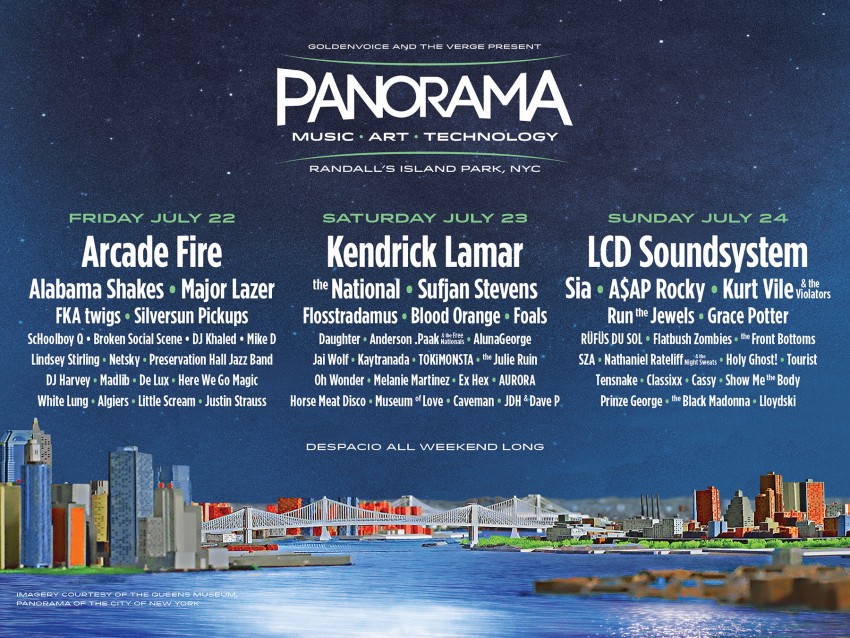 After months of speculation, the Panorama Music Festival has finally been announced. It’s taking place on Randall’s Island Park on the weekend of Friday, July 22 though Sunday July 24. The festival was brought together by Goldenvoice, the same company behind Coachella.

There was once a point where NYC lacked any prominent music festivals, and now we have two. Fans of live music in New York sure aren’t complaining, I know I’m not. I can’t wait to see what Panorama has to offer, and to see return performances from Arcade Fire, The National, and of course, LCD Soundsystem.
Three-day tickets for the festival go on sale this Friday (March 4) at noon.