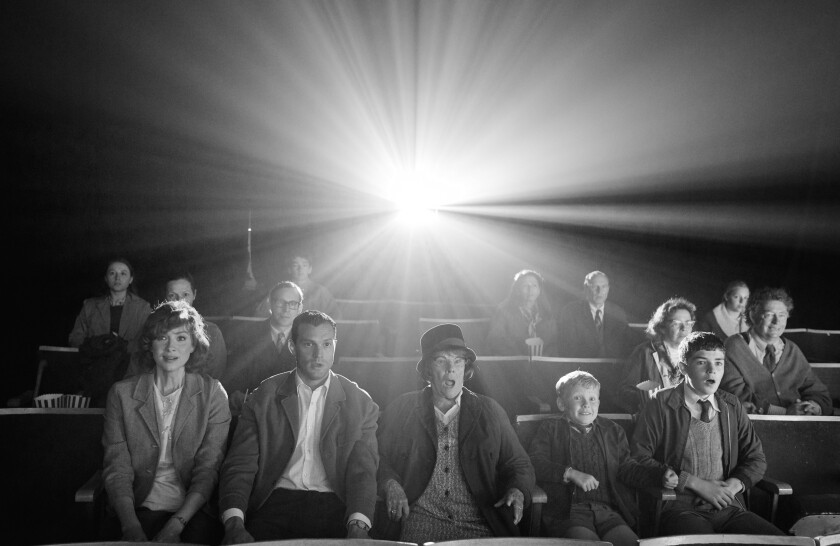 Even as a person who has read up a lot on The Troubles, it’s an impossible task to explain it to someone without getting lost in its own semantics. Is it politics, is it a completely secular issue, or is it perhaps civil rights? Director Kenneth Branagh’s choice of filming his semi-autobiographical film Belfast in black and white was a deliberate choice, as the issue will forever swim through an ocean of grey.

Instead, Branagh focuses his efforts on a singular character, Buddy (a brilliant Jude Hill). The perspective of Buddy allows us to momentarily forget about the violence and chaos that occurs in the film. Unlike The Troubles, Buddy sees life through right and wrong, black and white. Too young, and too naive to fully comprehend why his parents have an urgency to leave home, Buddy remains defiant with the idea of leaving Belfast.

He is known and adored by everyone in his block. His Grandparents offer wisdom and banter. Through the eyes of Buddy, we are allowed to look past the semantics, because it simply does not matter. Instead, we see good people who are Catholic, bad people who are Protestant. Protestants with Catholic names, and Catholics with Protestant names. To Buddy, it doesn’t matter which way you worship Christ, but if you’re good you’re good. If you’re bad, you’re bad.

Nostalgia is a tool that refines the past, and Branagh refines him by not identifying it with the traumatic parts. Instead, he focuses on what made his past memorable- His caring Ma (Catriona Balfe), his dutiful Da (Jamie Dornan), his wise Granny (Judi Dench), and his cheeky Pop (Ciaran Hinds). Buddy’s orbit, his family, dilutes the trauma for him. If playing on the streets with friends, doing maths with Pop, and watching The Man Who Shot Liberty Valance with his brother, is all he remembers of Belfast before leaving, why question it? Branagh chronicles a part of his life where purity outweighs ignorance, kindness outshines ruthlessness, and family triumphs over reality.

The violence and history of Belfast is just a backdrop that rightfully sits behind Branagh’s wistfulness. 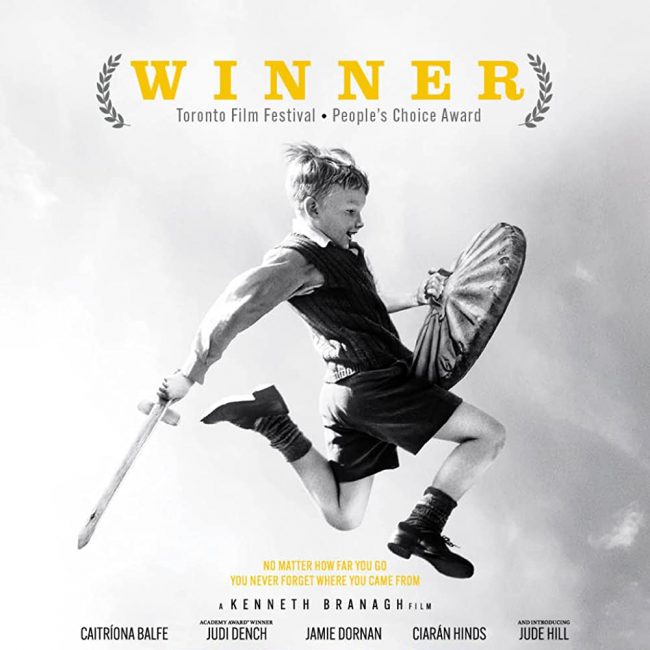