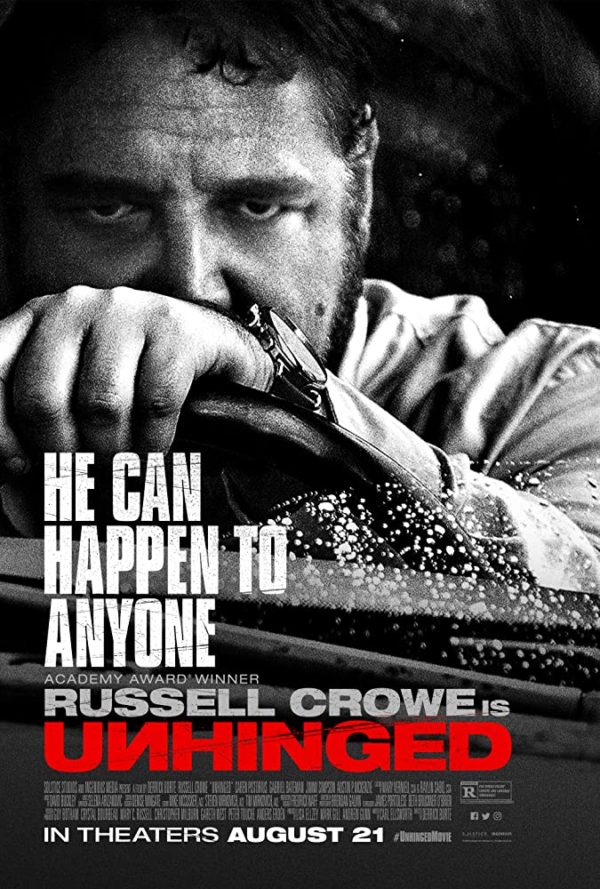 [Before we dive into Will’s thoughts on Unhinged, a quick note from Will: The other night I drove to the Warwick Drive-In Theater in Warwick, New York to catch a screening of Unhinged from the safety of my car. We just want to urge people to please only attend a drive-in screening if you are able to safely do so, as movie theaters are not fully reopened nationwide (nor would we recommend stepping foot in a movie theater of any capacity for several hours in the midst of a global airborne pandemic). No movie is worth risking your health and safety. Be safe and well everyone!]

If there’s one aspect that Derrick Borte’s Unhinged gets right about today’s society, it’s that we have no tolerance for each other’s bullshit. Everyone’s on edge all the time, to the point where one wrong statement or action can render severe consequences. This is taken to the cinematic extreme in Unhinged, where one spur of the moment reaction causes a trail of events to follow that cause a ton of unnecessary pain and destruction.

It’s just another day for Rachel (Caren Pistorius) who is struggling to get by day-to-day, dealing with a nasty divorce with the father of her son, Kyle (Gabriel Bateman), which she is trying to settle with the guidance of her good-friend and divorce lawyer Andy (Jimmi Simpson). She’s been down on her luck with work and her personal life, resulting in her oversleeping one morning and getting fired by an important client after she is late thanks to traffic while trying to drop Kyle off at school. 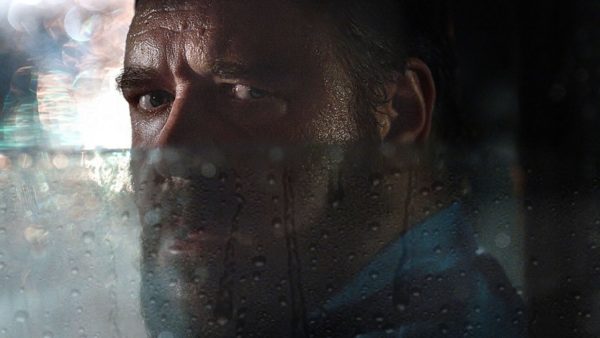 So when she gets stuck at a red light because a giant truck operated by a vengeful driver (Russell Crowe) fails to move, she takes all of her frustration out on on the track by laying on her horn, causing an awkwardly tense discussion between the two cars. Crowe’s character, simply named “The Man,” wants her to apologize, but Rachel stubbornly holds firm and just doubles down on her efforts. He warns that if she doesn’t apologize that he will teach her what a bad day really is.

She thinks he is just being dramatic but he makes good on his promise, as he has nothing left to lose as he is getting out of a hellish period in his life. This encounter is the last straw for him and he decides to take out his frustrations on Rachel and all those around her, going full-fledged scorched earth in a fully deranged and psychopathic manner, becoming fully unhinged.

Writer Carl Ellsworth tries to send a message that we are treating each other wrong and going out of our way to channel our unchecked anger which results in acts of road rage and violence that are truly unfathomable. One wrong move or discussion can cost you your life. It’s a bit of a far stretch, given a ludicrous delivery that is perfect for Crowe, who leans in fully to the crazed mania of the role. 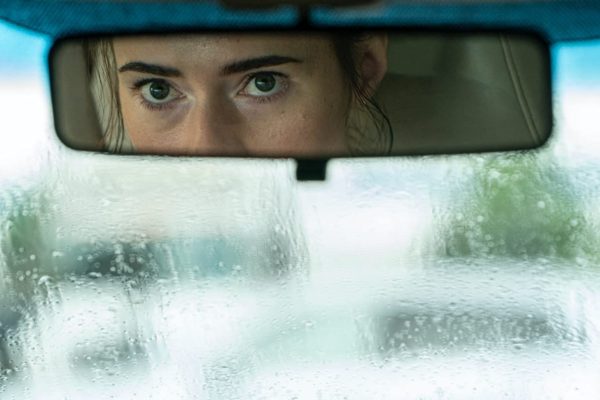 While Unhinged starts out as a silly bit of tense fun when we see Rachel and the driver have their spat, it slowly loses steam and goes a bit too far into some self-indulgent violence that just goes a bit over the top and never feels appropriately earned or delivered. While the point of the film is that Rachel is forced to endure a hellish day of pain and suffering at the hand of the unchecked driver, the film is just 90-minutes of pain and suffering, deprived of any joy or levity to balance things out. There are also a few unintentionally funny one-liners that feel like they’re pulled from a 90s film sitting on the bottom of a Walmart bargain discount DVD bin.

Pistorius is fine in her role of having to find reason where there is none as she is being chased to hell and back by a true lunatic. Meanwhile, Crowe is the best part of the movie, completely nailing the madman nature that the role deserves. Other than that, there isn’t much here worthy of note to elevate it from its b-movie status, but at least at 90 minutes the experience isn’t much longer than a truly bad traffic jam.