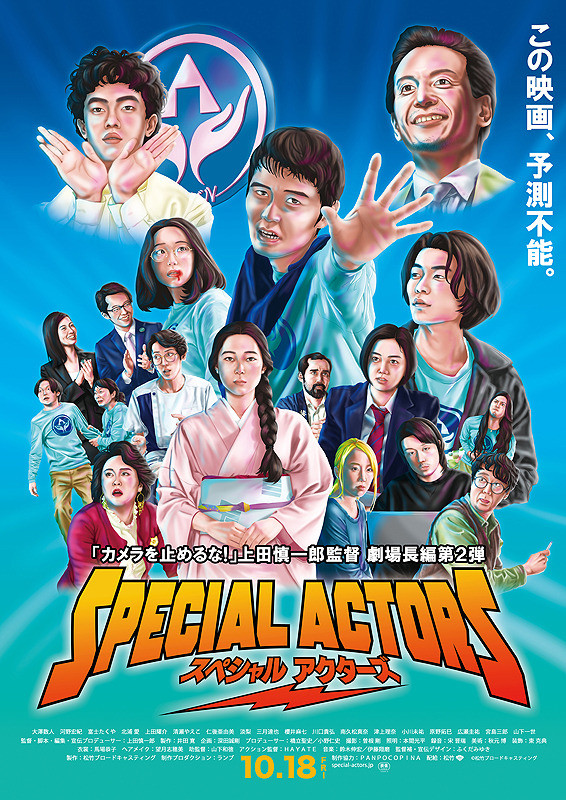 Japanese director Shinichirou Ueda follows-up his beloved feature debut and cult classic One Cut of the Dead with Special Actors. It’s another meta take on filmmaking of sort, but more so on the focus of actors and those who bring their talent from beyond the screen and to infiltrate everyday life and put their acting chops to help people in a way that is told in a hilarious charming manner.

When we meet the shy, aspiring actor Kazuto (Kazuto Osawa), he’s auditioning for a role when he faints after a director chews him out for his lackluster performance. This isn’t a one-off; Kazuto has had a condition since his youth that causes him to faint at the slightest hint of a tense altercation. Yeah, not the ideal condition to have as an actor or as a security guard, where he isn’t long for the job. 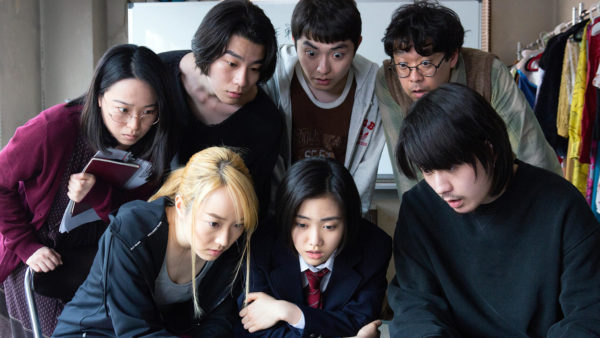 As a result, he’s having a tough time paying the rent and seems stuck in a limbo of sorts, re-watching an old film entitled Rescueman seemingly an endless VHS loop. That is, however, until he reconnects with his older brother, Hiroki (Hiroki Kono), who is also an actor, only using his talents in a unique fashion. He works at an agency called Special Actors that lends out actors to portray real-life people for whatever circumstance a client needs, similar to Werner Herzog’s Family Romance LLC. This ranges from small tasks like going to a movie and laughing out loud, or to attend a funeral and turning on the waterworks. When a client comes to them with a serious matter involving a suspicious cult, Kazuto, Hiroki, and the rest of the colorful cast of characters at the agency are forced to bring their A-game. To say much more than that would spoil the fun.

Special Actors makes the most of its modest budget through creative ingenuity and meta-humor that charms in a light, easily digestible manner. It doesn’t live up to the highs of One Cut of the Dead but has a good-natured feel to it that overcomes its shortcomings, such as the rather flat cinematography that gives it somewhat of a made for TV look, rather than a real cinematic feel. The director may rely too much on some sleight of hand tricks and twists, but the end result is one with a surprising bit of heart, that you are able to overlook its desire to pull the rug from under you.

The film is at its best when it gets to indulge in the ridiculous sport of bringing theater to real life, and seeing these actors get to perform their roles to their unsuspecting victims. It doesn’t always find a consistent tone and balance between these heightened moments and the more straight dramatic ones, but when it finds that sweet spot it’s a joy to spend time in this world.

Special Actors is screening as part of the virtual 2020 Fantasia Film Festival and doesn’t currently have US distribution.