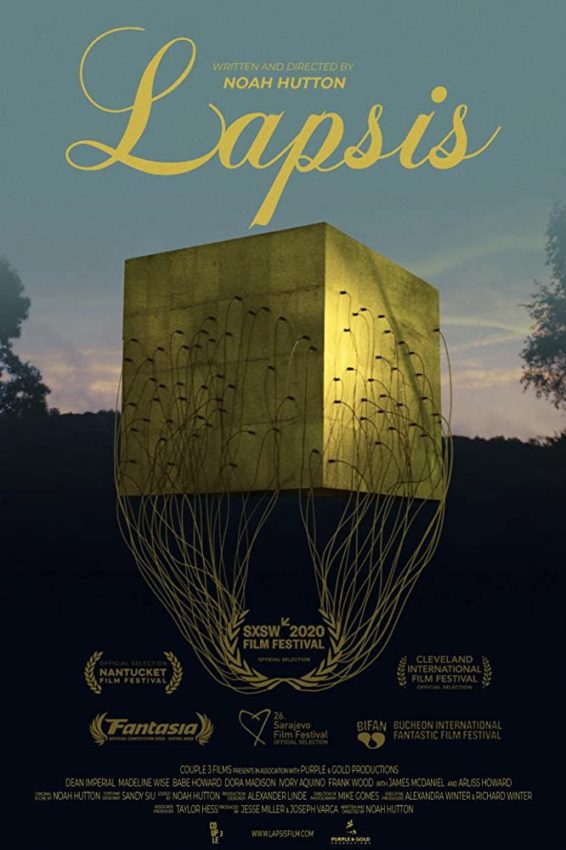 Director Noah Hutton’s Lapsis takes place in a parallel present/future that isn’t your typical neon-tinted bright-eyed sci-fi glimpse into the near future. Instead, it almost looks just as bleak and harrowing as our present. Its arrival is quite timely considering the state of the world and economy, not to mention the even greater presence on gig-service jobs such as Amazon Prime, whose delivery drivers are busier than normal during a pandemic that has people relying on e-commerce more than ever.

In Hutton’s screenplay, Queens-native Ray (Dean Imperial) is trying to provide for his half-brother Jamie (Babe Howard), who is suffering from a chronic fatigue-syndrome known as Omnia. He’s an average Joe, not really fit for today’s world. But when his shady job dries up he’s forced to look to the future and start cabling for a company that provides Quantum, the new computer/internet system that has taken over the world. 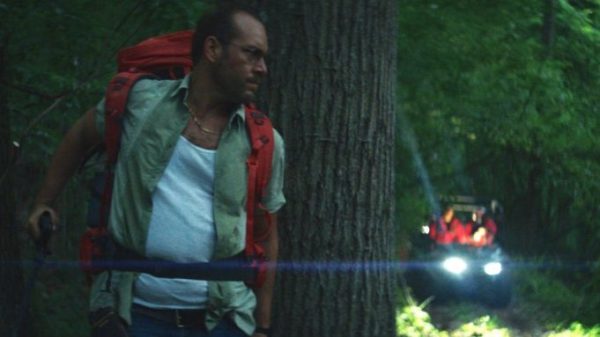 Ray is forced to go deep into the wilderness to literally drag cable across the forest to connect these metal cubes that bring the Quantum service to life. You get paid for each job you complete, but similar to gig jobs like Amazon, you have to complete it in a certain amount of time in order to be paid. If one of the little automated robots beats you to the metal cube, you don’t get paid. You can’t rest until it tells you to rest. As with anything in life, the idea of the job sounded much better than the reality that is presented.

The timeliness of Lapsis is similar to Ken Loach’s Sorry We Missed You, another film released this year that takes a good hard look at the depressing realities of this new gig economy landscape. Hutton just gets a bit more creative, diving into elements of sci-fi, while still keeping things grounded enough to make it still feel relatable and eerily familiar to what is happening just outside our homes.

It’s a creative endeavor that finds ways to make small situations feel so large, brought to life quite confidently from the performance of Imperial, along with an equally strong supporting performance from Madeline Wise as Anna, another cabler who is a seasoned pro and who may know a lot more about the entire industries foundation than she’s leading on.

Lapsis is the sort of film that appears to be one thing and slowly but surely morphs as it goes along, stretching out its once seemingly simple premise into something much more layered and complex, making the most of its modest budget. We feel for Ray, who is just trying to make ends meet and provide for his half-brother. As he gets deeper into this rabbit hole of opportunity, the walls start closing around him and he’s forced to adapt and play by the rules forced upon him by the powers at be, or fall to the wayside as the future passes him by. It’s a bleak prospect but one that sadly rings all too true in today’s world.

As strong as a good chunk of Lapsis is, it’s sadly let down by a rather abrupt ending that doesn’t betray its philosophies but doesn’t feel satisfactory on a cinematic level. It’s still an engaging piece of modern sci-fi that says everything that it wants to well. It’s a showcase for Hutton as a director to watch and introduces us to a ton of emerging new acting talent. It’s just too bad that it doesn’t stick the landing at the end, which would’ve made this good piece of sci-fi something great.

Lapsis is screening virtually as part of the 2020 Fantasia Film Festival and doesn’t currently have a US release date. Previously, it was supposed to open SXSW.