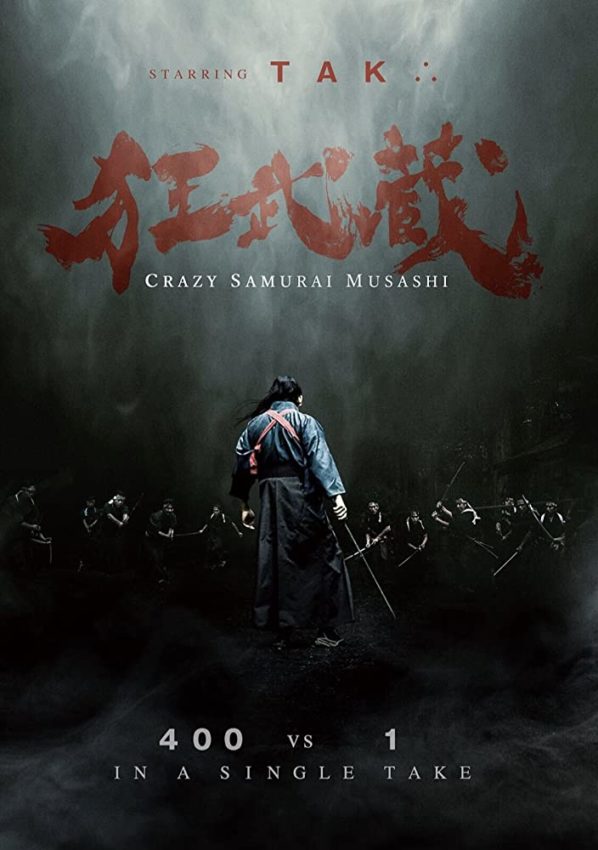 When you look back in history on the most formidable samurai in the history of Japan, Miyamoto Musashi is a name that emerges at the front of the list. Musashi was so dominant that he had an undefeated record in his 61 duels and is considered a Kensei, or, a sword-saint of Japan.

The legend of his mastery came through his unique talent at double-bladed swordsmanship. This is the sort of legend that carries on even in the year 2020, with the release of Crazy Samurai Musashi. The film, directed by Yûji Shimomura, centers around one epic battle where he takes on 400 opponents. 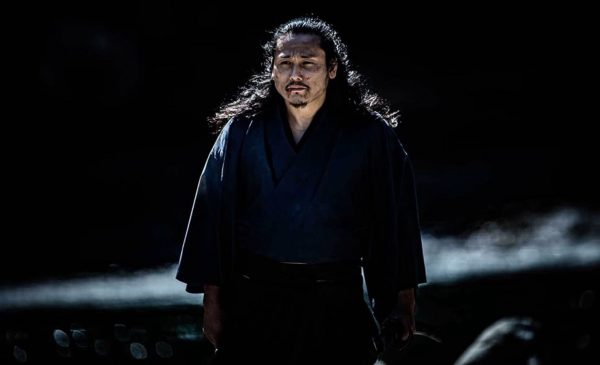 Shimomura bravely takes on this task and lays down the entire thing in one giant 77-minute continuous take. After about five to ten minutes of setting things up, once Musashi makes his appearance, it’s full steam ahead.

Tak Sakaguchi takes on the role of Musashi, more than capable of the physical demands of this role, which is an incredible achievement on both a performance level in front of the screen, and on a technical level behind the screen. For 77 minutes straight, the actor is forced to perform a dance of swords with the dozens and dozens of extras, with no room for error.

When a film is shot in one long take, you will always have those who say that it’s a gimmick. And although the craftmanship to pull off such a feat is quite mindblowing, it’s also a part of what holds the film back from achieving something more. 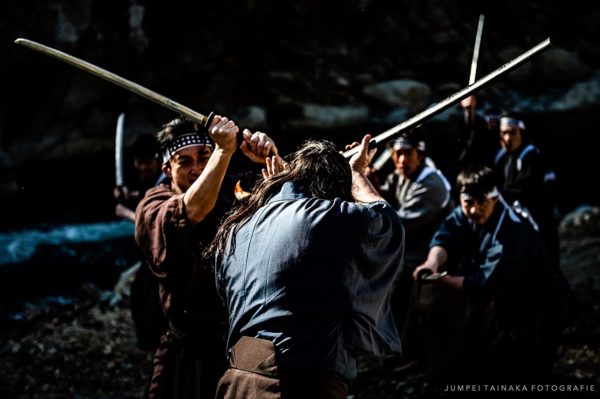 As a result, you can’t help but begin to notice that extras roll to the side out of the frame instead of dying on the ground. It’s understandable that they have limited resources with the budget, but it doesn’t help when you begin to question if you’ve seen that same extra before and that you don’t see the actual physical remains of the bloodshed.

For such a violent concept, it’s actually quite tame on violence and gore, with no memorable bloody moments to really stand out. I’m not saying that I needed to see a reinterpretation of the infamous Crazy 88s scene from Kill Bill. But at times, the experience felt like one long tame video game that seemed to just stay at one pace for an hour plus. Strangely, there’s a hint of it in the final scene that plays out like an epilogue of sorts, which makes you wonder what they could’ve done without the restrictions of the long take.

These restraints and problems aside, Shimomura and his team do a lot with so little and bring this battle to life on a technical level that is to be admired. Sakaguchi and the extras remarkably pull of this long take and it’s certainly something to be applauded. Their dedication to the roles, along with the fitting score that trails their every move, helps you ignore some of the hints of the low budget and the murky look of the film that is void of any joy or color.

Yet Crazy Samurai Musashi lacks any emotional depth or any sort of character building to pull us in more, which is why the film succeeds on a technical level but lacks enough to make us connect on an emotional one and rings somewhat hollow as a result.

Crazy Samurai Musashi screens as part of this year’s online Fantasia Film Festival but does not yet have US distribution.