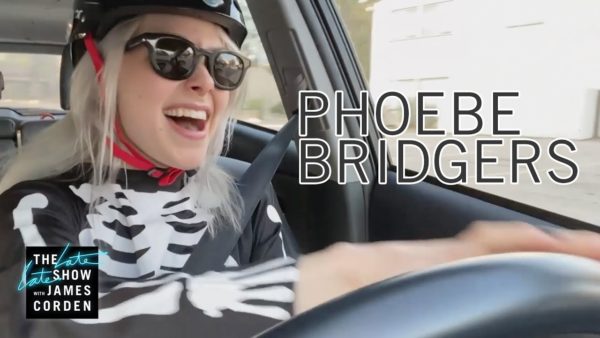 Phoebe Bridgers released her sophomore album Punisher last week via Dead Oceans and it’s easily one of the year’s best. We haven’t been able to stop playing it since it dropped.

Last night she performed one of its tracks, “I See You,” in her car as she drove around an empty parking lot, which was performed for The Late Late Show with James Corden and also features a brief interview beforehand.

Find the delightful performance available to watch below.