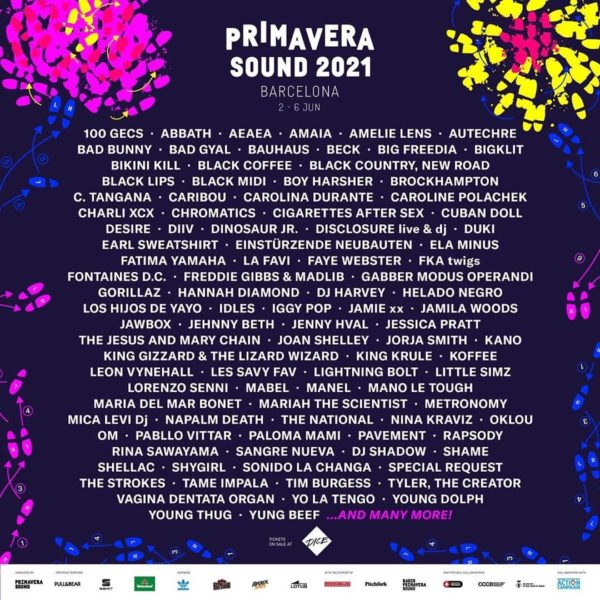 Who knows when we will be able to safely attend shows again but Primavera Sound is taking an optimistic approach as the festival has gone ahead and announced its lineup for next year in the summer of 2021.

It will take place in Barcelona from June 2-6 and most of the acts that were set to play the festival this year will return for the 2021 edition.

Fingers crossed that things will be better this time next year, as that is one hell of a lineup.

For more information on Primavera Sound 2021 head to their website.