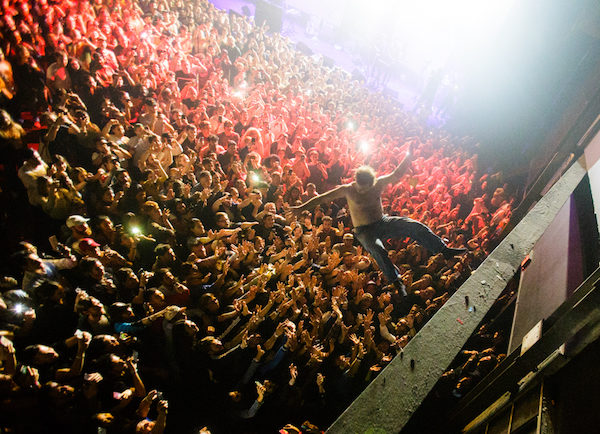 Mac DeMarco returned earlier this year with his new album Here Comes The Cowboy (released via Mac’s Record Label/Caroline). He’s been touring all summer in support of the new record, which brought him to Prospect Park last month. We missed that show but luckily Mac returned for yet another Brooklyn show on September 19th for a performance at Brooklyn Steel. 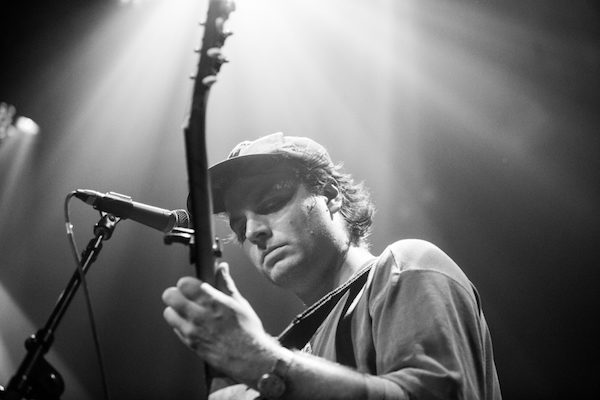 This was our first time catching Mac since his performance at Summerstage in Central Park last summer and it was a noticeably much chiller affair with the songs off of Here Comes The Cowboy. That’s not to say that Mac and his band didn’t turn it up a notch when they needed to with some of the more vibrant older cuts such as “The Stars Keep On Calling My Name,” “Cooking Up Something Good,” and “Freaking Out the Neighborhood.” 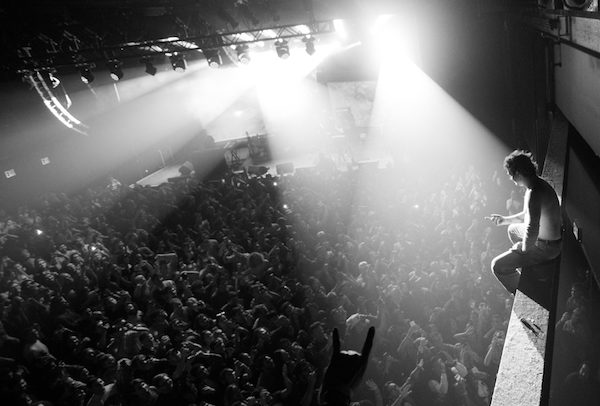 There were, of course, plenty of the quirky moments that have come to define Mac’s live show, included a trumpet player who was also a bodybuilder who spent most of the latter part of the show posing on the side as the band played. As it goes with Mac’s shows, the night took a turn during the late hours of the performance, when Mac’s shirt came off and he and his band began riffing into some silly covers, some of which they allowed fans to come on stage and perform. 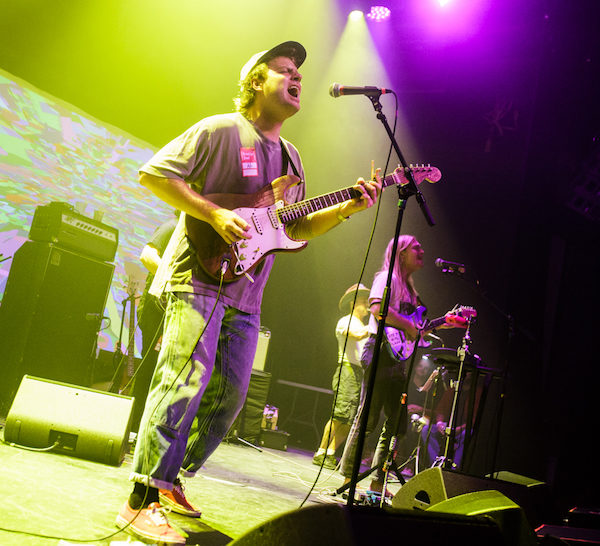 Mac eventually took things to the next level for the show-closing reprise performance of “Still Together,” that saw him not only stage dive and crowdsurf, but climb a pillar that brought him to the arch over the crowd, right in front of the second tier of the venue. So many of us would often joke about who would be the first to venture up there and possibly jump off, but we never actually believed it would happen. But leave it to Mac DeMarco, he not only got up there, sat down and waved to the crowd, but waited for them to come over, put their phones away, and trusted them to catch him as he eventually took the plunge down for a final surf back to the stage. 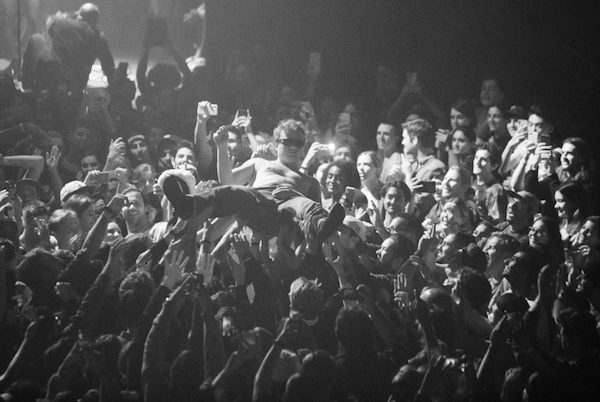 There’s not much more to say but there are not many ways of closing out a show in epic fashion than that. It sent everyone in the crowd home buzzing, including myself. 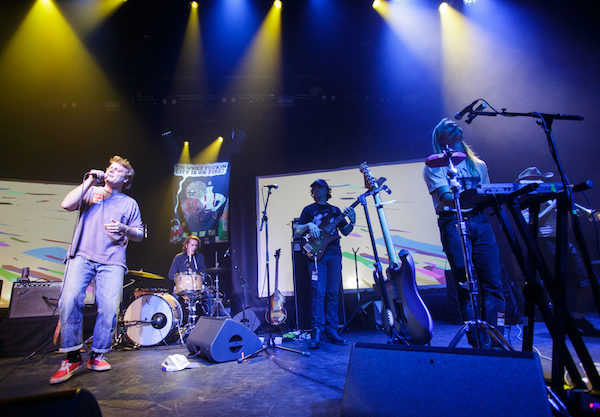 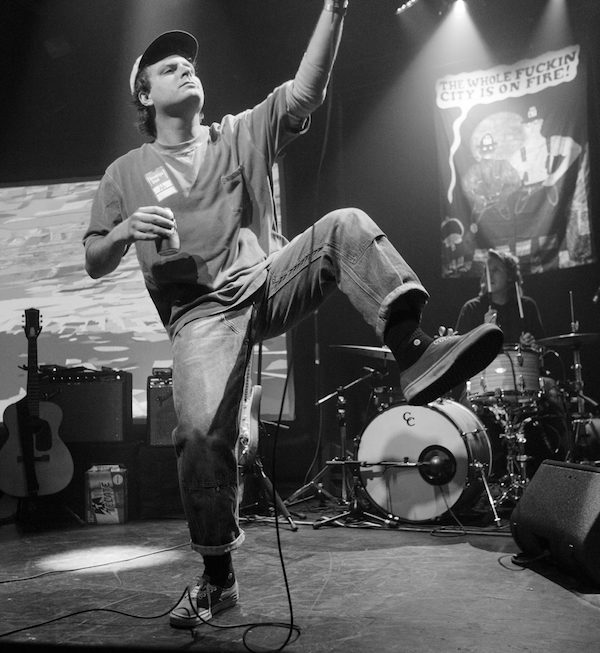 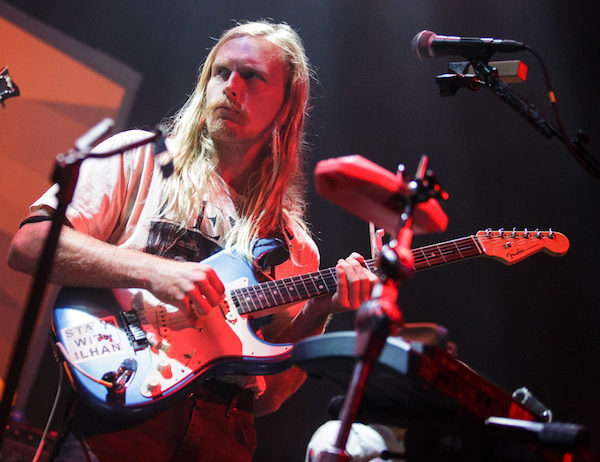 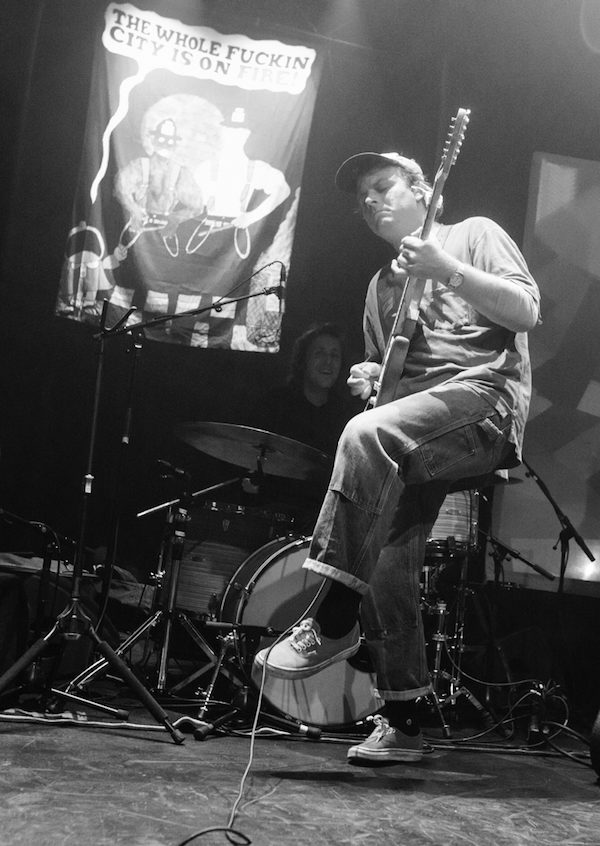 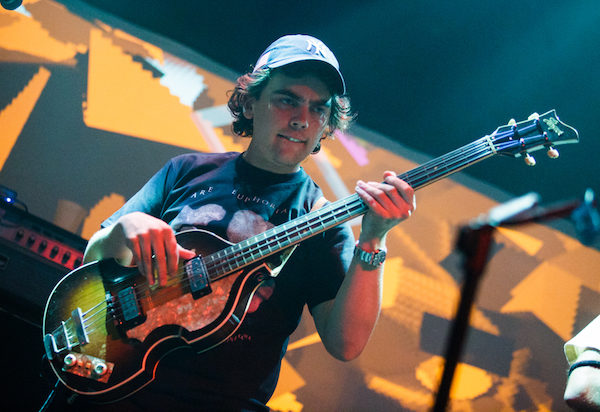 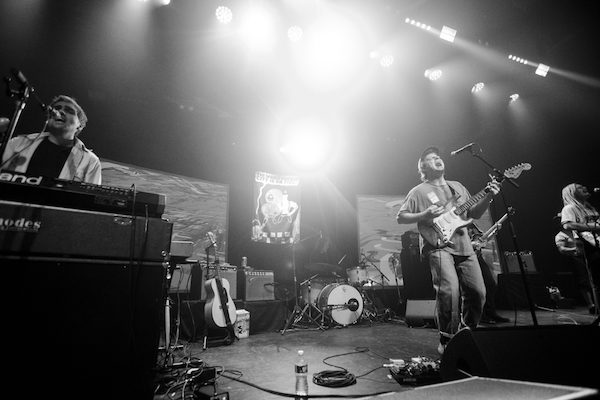 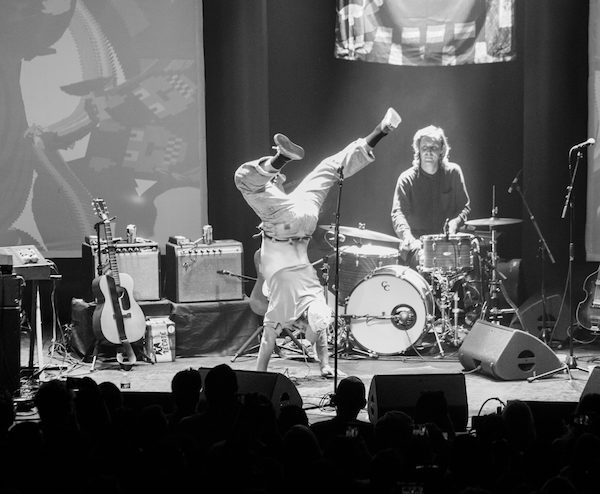 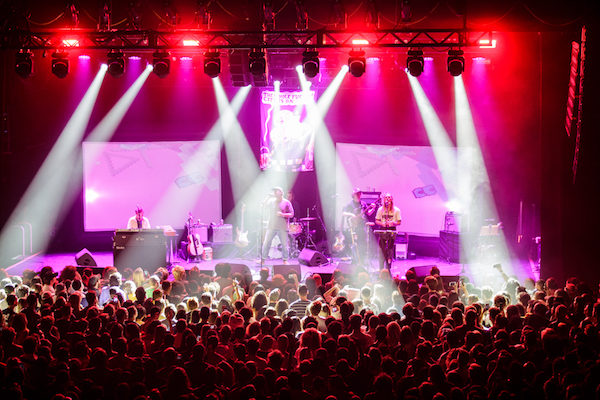 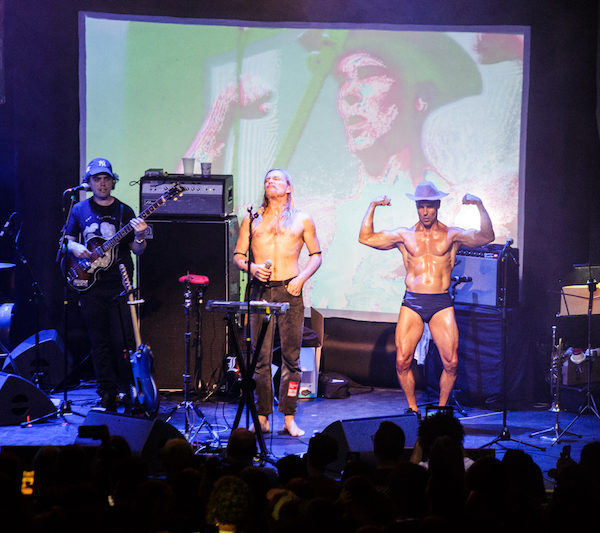 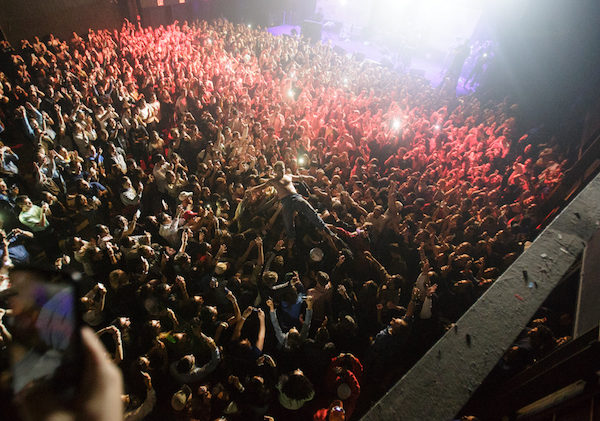 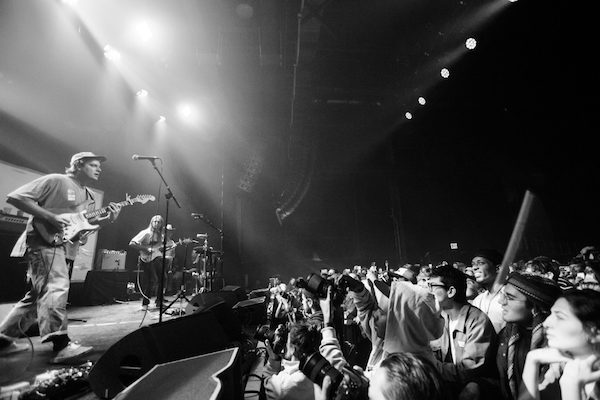 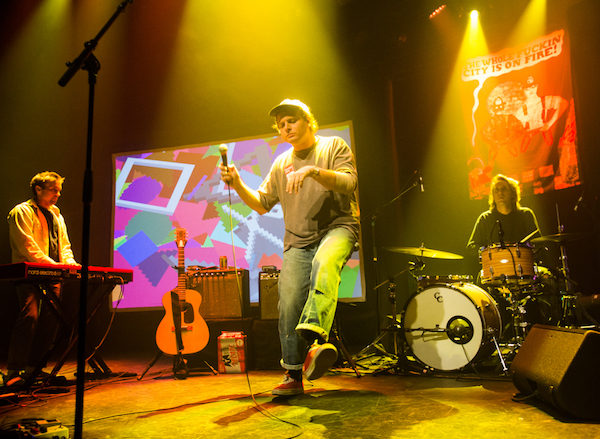 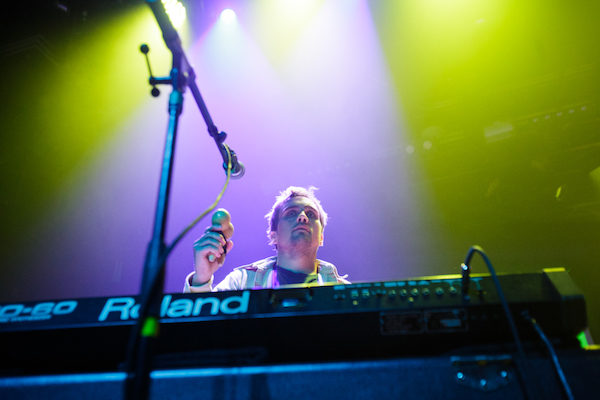 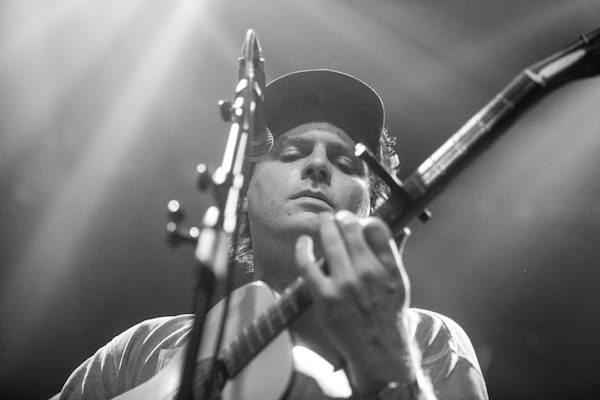 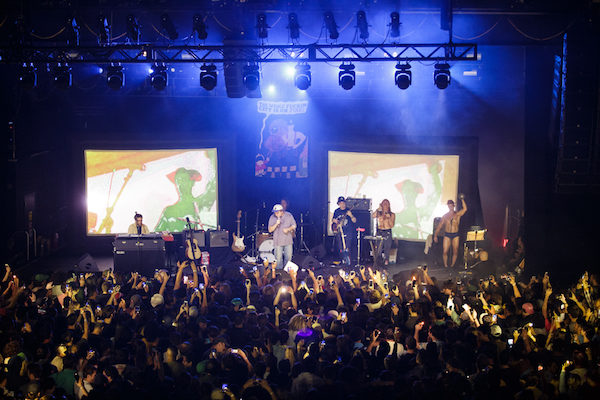 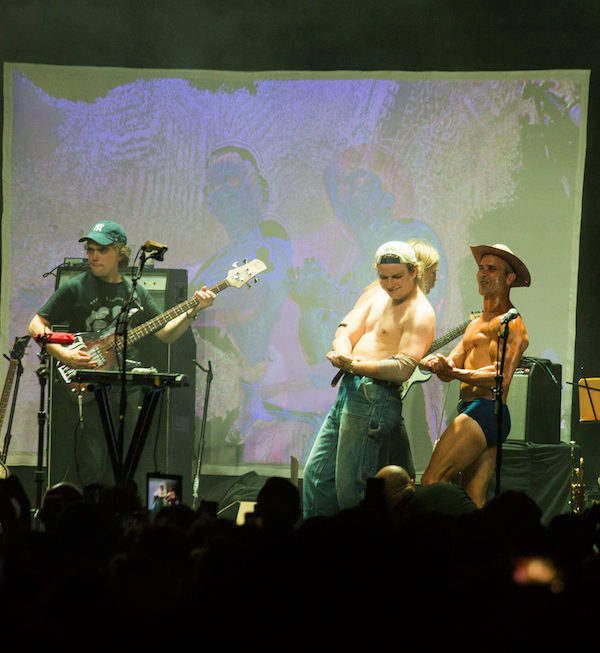 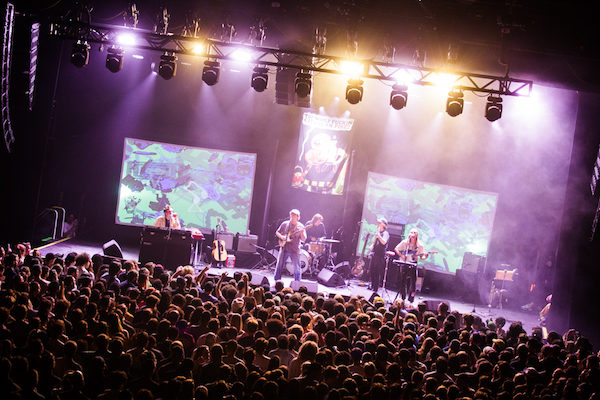 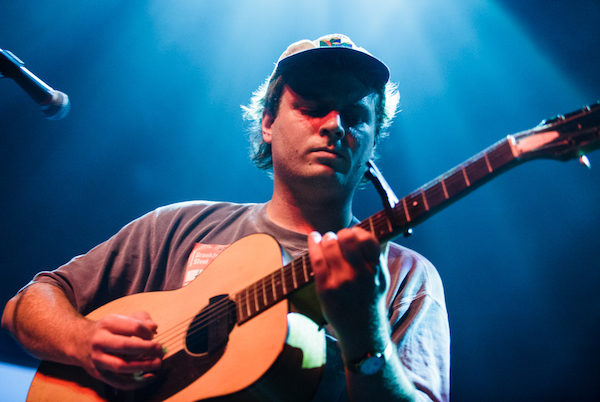