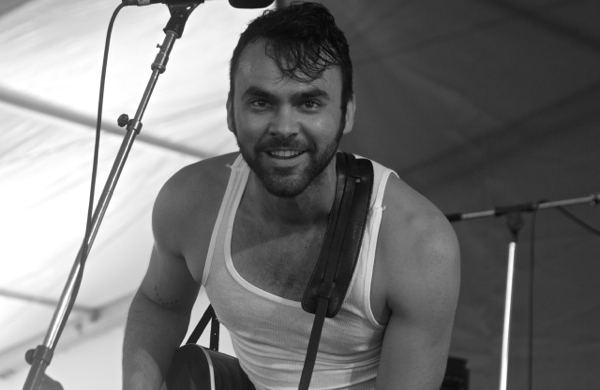 This Wednesday night, Austin rocker Alejandro Rose-Garcia, better known to us in the music world as Shakey Graves, will return to New York for a performance at Terminal 5. The large venue would seem like a task to most artists, but based on the impressive performance I saw from him earlier this year at the Newport Folk Festival (which is where the photo above is taken from), he has no problem making a large scale performance seem intimate and personal.

Even if you’re unfamiliar with his music, he’s the sort of performer that you should take a risk on. He won me over with his live performance alone, and I’ve become a fan ever since. If you’re willing to give him a try, the same may happen to you.

Tickets for the show are still on sale, and feature opening sets from The Oh Hellos and Those Darlins