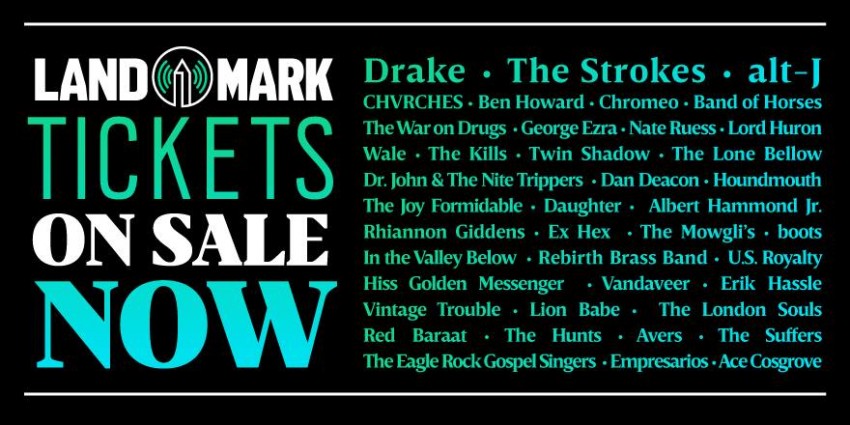 The Landmark Music Festival is a new festival that will take place at West Potomac Park in Washington, DC on the weekend of September 26 and 27. The festival will have 40 plus artists over five stages.

Not only will this celebrate some of the biggest names in music playing in one place, but its for a good cause:

In partnership with the Trust for the National Mall, Landmark Music Festival will be the first event held to support the Trust’s Landmark Campaign for the National Mall, which will establish various events and promotions to raise awareness, participation and fundraising to restore the most visited national park in America, the National Mall. The grounds, which were built to honor America’s brightest leaders and bravest heroes, is suffering from a growing amount of deferred maintenance and needed upgrades to the infrastructure of the park, which has not seen a major renovation in 40 years. Through events such as Landmark Music Festival, the Landmark Campaign plans to educate young people about the rich history and significance of the National Mall to ensure the iconic park will remain standing for future generations.

Add another festival to the overcrowded market. But this festival will take place right as fall is kicking into hear, and is an exciting brand new East Coast Festival to get excited about. Hell, any festival sporting The Strokes has me sold.

Find the full lineup posted below, and head to the site now for a limited $100 early bird offer for the festival. That’s a pretty damn good deal. There will be an early bird 2-day pass available Wednesday for $150, which will then go up to $175 and then $200. We’re excited to hopefully check out the festival this fall.