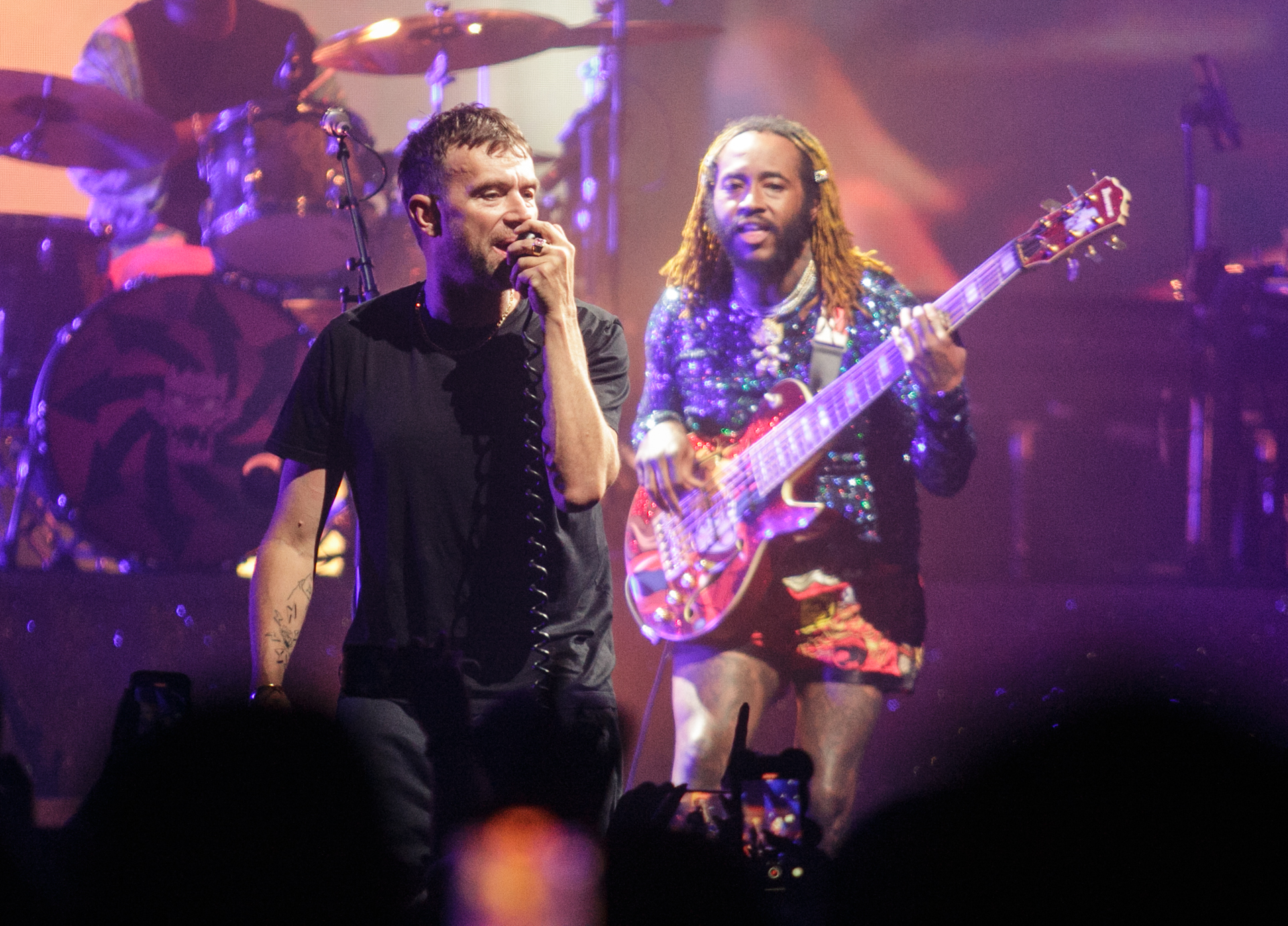 Gorillaz are currently on tour bringing their unforgettable and highly imaginative live show stateside, which saw them return to New York for a performance on Wednesday, October 12th at Barclays Center (where we last saw them play, nearly four years to the very day).

Damon Albarn and co are preparing for the release of their new album Cracker Island (due out next February via Parlophone), and this tour served as a chance to hear some of the new material, along with songs from 2020’s Song Machine, Season One: Strange Timez, which we didn’t get a tour for due to the pandemic.

The tour felt like a chance to get to hear some of these new songs for the first time, but even more so just as a greatest hits celebration and a collective way to reunite in a joyful and vibrant manner that only Albarn and his set of collaborators could provide in this manner.

Miho Hatori set the tone coming out for “19-2000” for the first time in 12 years, Thundercat played bass on new album single/title track “Cracker Island”, De La Soul come out for “Feel Good Inc.”, Del the Funkee Homosapien for “Clint Eastwood”, as well as Fatoumata Diawara, Sweetie Irie, and openers, EarthGang. You don’t see many shows where surprise guests are nearly expected and provided in this manner, but then again is the beauty of Gorillaz.

Enjoy a gallery of photos from the performance below, along with the setlist.