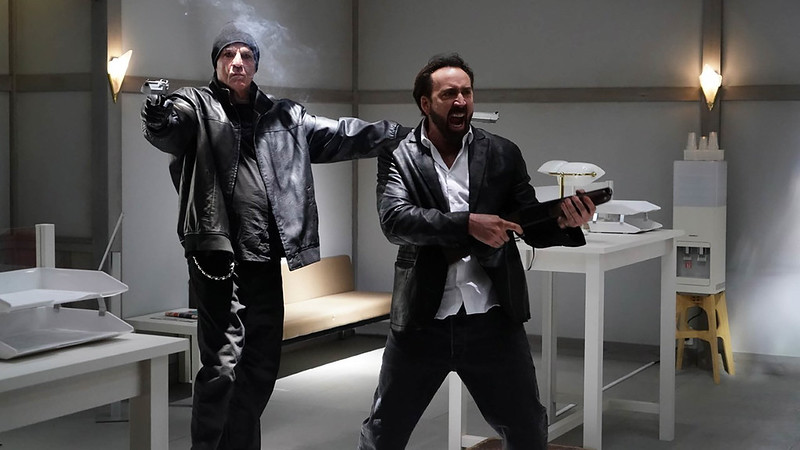 In the year 2021, it’s your own fault if you go into a new Nic Cage movie and aren’t ready for the batshit insane gonzo shit that will come from not only his performance but the film at large. This was most certainly the case with Prisoners of the Ghostland, Cage’s collaboration with Japanese director Sion Sono in his first film shot predominately in English.

Even with my expectations for some unchecked genre-mashing Cage insanity, I still wasn’t quite prepared for this film, for a variety of reasons.

Cage is a man named Hero – because of course – who is freed from prison by a man named The Governor (Bill Moseley) and is tasked with rescuing Bernice (Sofia Boutella) a woman who is trapped along with the rest of the prisoners of this magical ghostland where men and woman are trapped there bounded to time – or something like that.

The plot and the what doesn’t really matter, not when you have a world where Cage is forced to do this with explosive strapped to his body parts, including his testicles – yes, his testicles. He is forced to forge through this western hellhole that is part Mad Max Fury Road, part Samauri movie, and part Western. If there’s one aspect of the film that I admired was the set pieces and the whacky moderation to bring them to life in new and creative ways.

There’s no doubt this film is ambitious as all hell and it is rather creative in its attempt to blend genre, film, and possibilities. On paper, this seems like the sort of Nic Cage midnight cult classic in the making, yet Cage actually doesn’t actually gel into this world as well as you would expect. The whole process is never quite bad enough its good, or entertaining delirious. It’s actually rather tedious, meandering, and the worst sin of all: boring.

There are some fun action set-pieces towards the film’s insane climatic moments but the build to get there is relentless and a struggle in itself by the time you get there it’s far too late. Cage does have a chance to utter a few of his expected Cage-y lines and some pretty brutal stuff unfolds but it just feels lost between the world of a creative art film and a midnight cult classic in the making, but it just feels like a mediocre version of both that I can’t imagine ever willingly experiencing again. 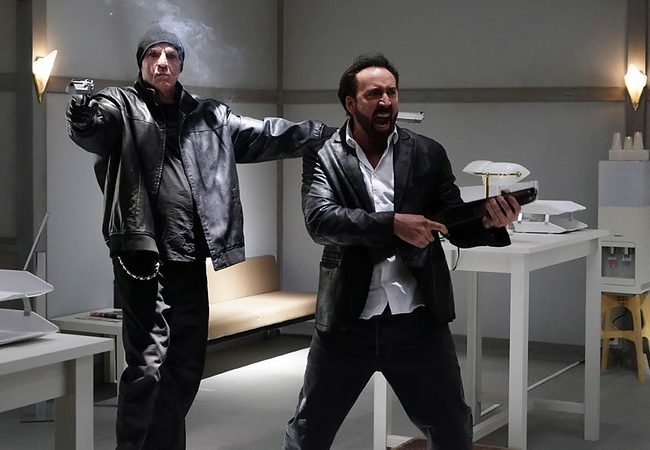