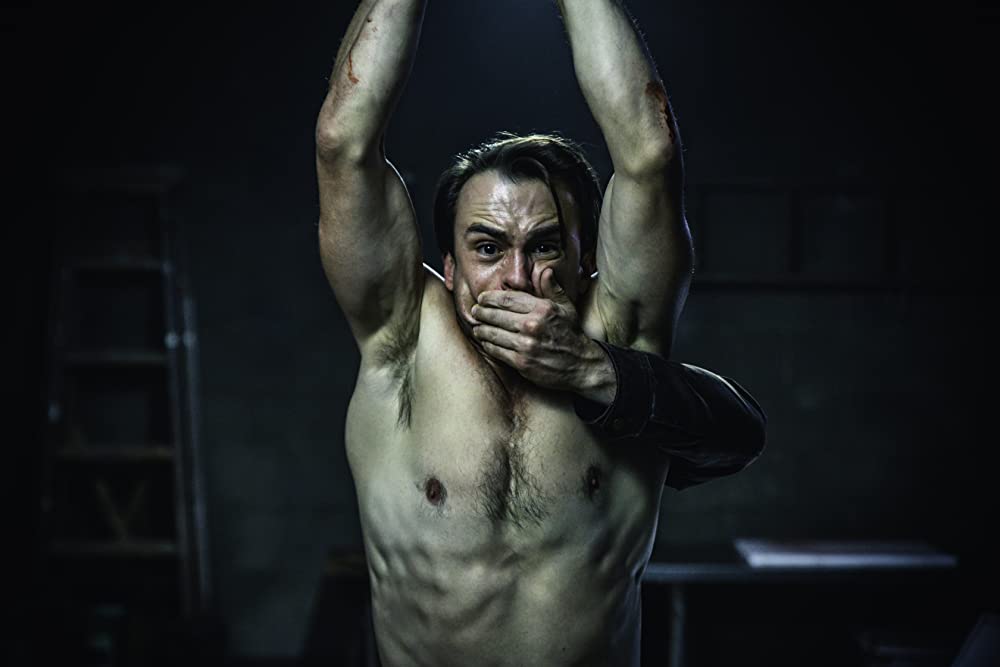 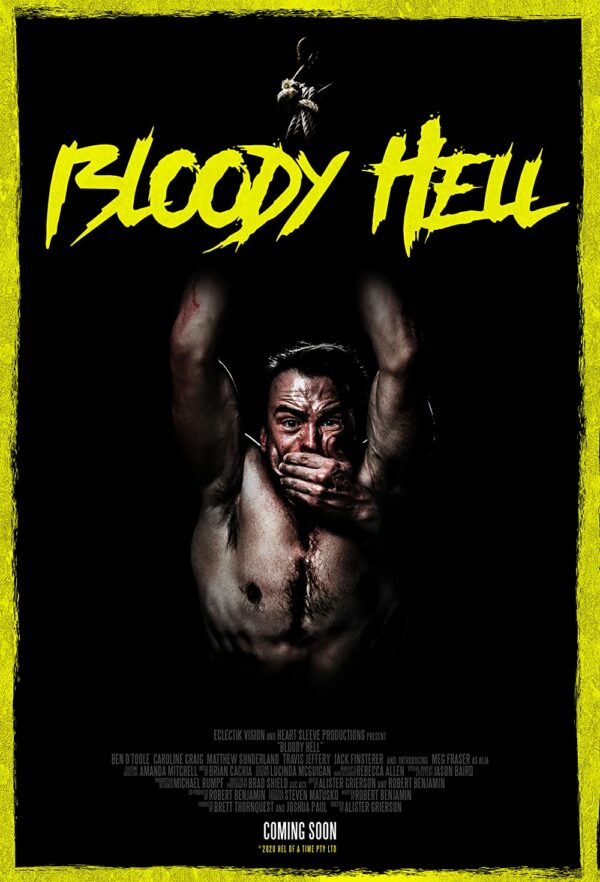 Rex (Ben O’Toole) is not someone to underestimate, but countless bad guys in Alister Grierson’s Bloody Hell are forced to learn the hard way when they come across him.

This is seen early on in the screenplay, written by Robert Benjamin, which puts Rex at a bank where he’s surprising his girlfriend Maddy (Ashlee Lollback) when a gang of bank robbers takes the place hostage. Only he took things into his own hands, making a heroic effort, but one that has severe consequences that land him in a heap of trouble. 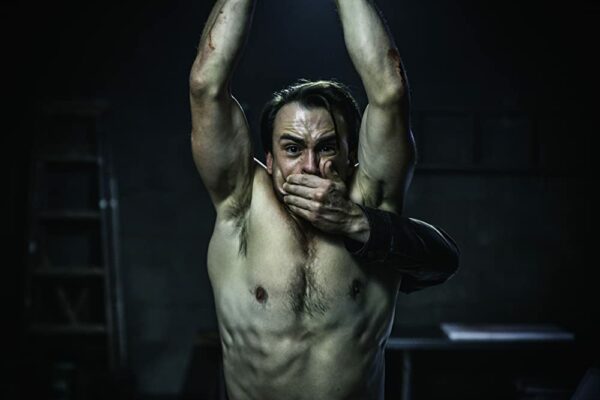 He tries to find escape upon a trip to Finland but he catches the eyes of a bloodthirsty family with less than welcoming intentions for this American. They catch him off-guard but if there’s anyone that can find a way to fight back, it’s Rex.

Rex has a lot on his mind at all times, literally, as seen in conversations with himself, seen quite literally him talking to a more egotistical version of himself. O’Toole leans fully into the nuttiness of the concept, which is par the course of the entire film, which is about 95-minutes of pure nutty chaos.

While there is a fair share of blood and gross imagery, Grierson does establish that this is more of a black comedy horror film than straight horror. There are plenty of gags found in-between the bloodshed, but it doesn’t quite find a confident footing in either direction to really work as well as it could have. There is a lot of fun moments and I admired that it did so with such confidence, but it wasn’t quite violent or ever scary enough to give it enough to counteract with the darker elements of comedy. 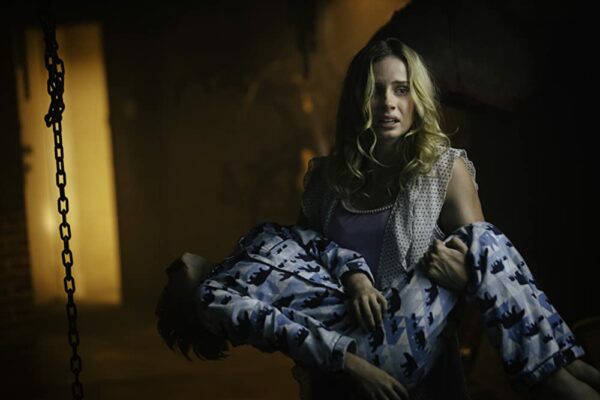 Grierson shoots it in an energetic and frantic fashion that never stops moving, but maybe to a fault. It packs a lot into its runtime but it doesn’t quite give us enough to chew on with any of the characters to help the film rise above the ranks of other films in the genre. We like Rex thanks to the dynamic performance from O’Toole but aside from Meg Fraser as Alia, the one kind-hearted member of the family, the rest of the cast feels limited to just typical horror family caricatures that limit the impact of everything that unfolds.

But Grierson still brings it all together in a fashion that is insane enough to hold your attention, which never does waver. O’Toole gives a memorable performance which hopefully will lead to some more mainstream roles for the actor. Otherwise, you could do worse than spending an evening indulging in the world of Bloody Hell, but it just falls shy of being so much more.