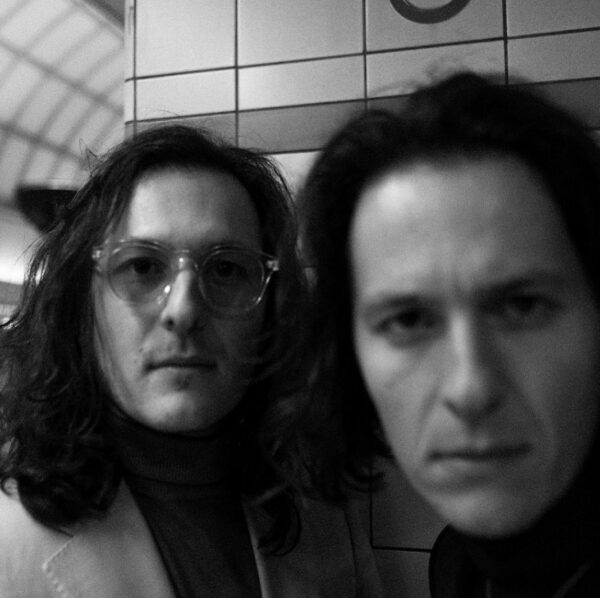 Much earlier this summer we were stopped dead in our tracks by “On The Run” a new song from Tempesst, a band out of the UK who at the time, was completely new to us. They channeled all the best of retro classic psych-rock that we love and give it a spin very much of their own. From that instant, we were converts and eager to find out that it was the first preview of their debut album Must Be a Dream, which they will be releasing tomorrow via their very own Pony Recordings.

The band, led by twin brothers, Toma and Andy Banjanin, originally from Australia but who now call London their home base. The record has been a long time coming for the duo, who we spoke to over the phone last week while in their own studio/practice space, which was the sort of starting point and foundation of their label as well.

When asked about the strangeness of the times and releasing a new album during an ever-changing time of uncertainty, Toma told us “We initially delayed the first single and were wondering about releasing new music during such a weird unknown time in the world but eventually it did feel right to do so with the album.” Not only that but they have tried to keep busy throughout all of this, with Toma adding, “it has helped to be able to come to the studio and keep busy and distracted and just keep working on some new stuff,” and that he found he stayed productive when joined by the rest of the band in their space, otherwise coming alone would often result in getting lost down the rabbit hole of Youtube.

It’s been a long road leading to the release of the album, with their first singles coming in 2015 and when I asked about how they shaped the album they realized it helped them find themselves and voice and that it would have been a much different album if they released in earlier into their formation than now. Especially considering they now have their own studio, space, and label to release it on, which played a role in the recording and the shape of the record. As Andy explained, “It just felt right I think we are at a time and place where a lot of new artists are doing everything on their own, from the music, aesthetic, social media, etc, that that felt like a natural extension for us. It sort of just came together organically, we didn’t plan but it sort of just made sense to have it all in house and a place where we can come and do our thing and merge them into one place for us to work.”

The DIY ethos extends past just the recording process and distributing, but also their overarching image in terms of press images and their music videos – with heavy influences from directors like David Lynch. Toma explained how Andy was the chief architect of sorts in this department. “I went to school for film and production and that sort of thing and wanted to really bring that element and aesthetic to the band in a similar way with what we were saying before, it’s all intentional and deliberate and the stuff that we love like David Lynch, we are big fans of his work and that cinematic element we hope shines through,” Andy explained.

With roots in Australian but now calling London home, I wondered if they identified more as an Australian band or British band, a good question in their reflection, one that felt a bit understandably split. “That’s a good question you know we identify with both a bit, I know that’s not really an answer but there’s a part of London, where I will come home from tour and you go, it’s good to be home. But you could say the same for Australia as well. I know Andy may probably identity with London a bit more he doesn’t go home too often,” Toma pondered, with Andy adding “I think we take a bit of hometown and pieces of us from both cities and try to bring it with us along the way into our music.” But what did carry over was their time spent playing with their church band as teenagers which was an obviously different experience and culture than playing in a rock ‘n roll band, but one that undoubtedly helped “shape them as musicians.”

Although they are only just sharing their debut offering, with so much time on their hands, about eight new songs are already sitting in the pipeline and with plenty of new ones emerging with all the time spent in their studio. When I asked about what music they have been listened to while bunkered down at home, they are shifting through the work of artists like Leonard Cohen and The Walker Brothers, which could give fans a glimpse of what is next to come.

You can order your copy of the album on vinyl here