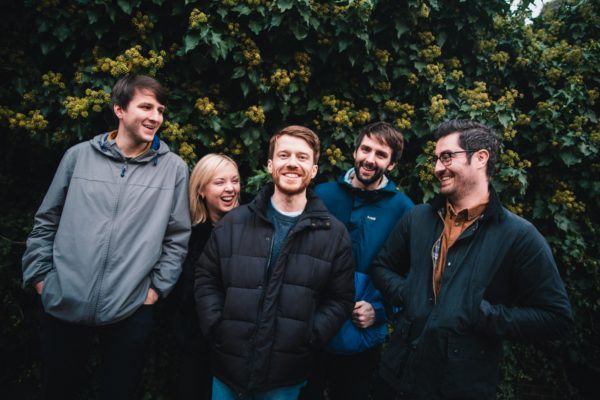 Dublin-based band Silverbacks have been around for a few years, emerging as the project of brothers Daniel and Kilian O’Kelly. They have really come into their own over the past few years, which has led to their debut album Fad, which was released on July 17th via Central Tones Records.

Earlier this month we spoke with Daniel about the process of getting to this point, their ability to juggle a wide array of sounds, and how his relationship with his brother impacted the band.

Enjoy our conversation with Silverbacks below.

Will: Thanks for taking the time to chat with us! Where are you located at the moment?

Daniel: No bother at all, thanks for taking the time to talk to us. We’re all in Ireland. Pad and Gary are in Kildare and the rest of us are in different parts of Dublin.

W: How have you been handling everything with the lockdown? How is the situation / moral in your area?

D: All things considered I was very fortunate with my lockdown situation. I didn’t lose my job and I enjoy working from home. The lack of touring was disappointing but it made it a good opportunity to work on new material.

W: You guys just released your debut album Fad – How does it feel to finally get it out?

D: I feel happy and relieved. It’s a little weird not being able to mark the moment with a trip to the record shop to see it on the shelves, lovely pints, and a few shows but we’ll remember it in other ways.

W: With all that’s going on, were there ever any discussions about delaying the album release or shifting the strategy?

D: We originally planned to have it out in April with an Irish and UK tour in May. Following advice from our distributors and the cancelation of our tour, we pushed back the release to mid-July. We already had a few setbacks before this so we got to the point where we just wanted it out. I don’t think we could have waited much longer. 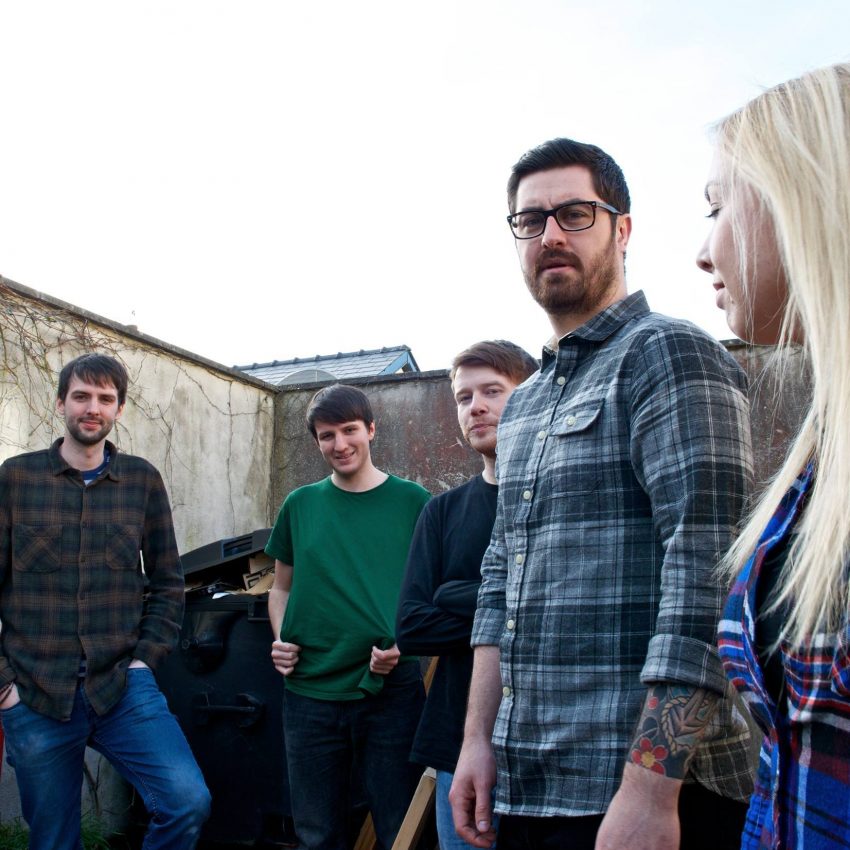 W: It took a long time to release your debut album, did this patience really help you with finding yourselves as musicians and forming the identity of the band?

D: Yes for sure! It’s the same principle with any skill. The more time you put into nurturing and practicing it, the better you get at it until eventually, it becomes muscle memory. And hopefully, you’ll eventually land somewhere that you can call your own.

W: With so many years predating your album and garnering some attention with singles, did you guys feel any pressure or expectations about the process?

D: The only pressure we felt was from expectations we set ourselves. We ultimately wanted to release something that we were proud of. On my end, I think I’m aware of time’s closing window, so I want to properly record and archive as much material as possible while we can.

W: You guys seamlessly mix art-rock elements with punk, in essence blending classic genres and making it your own. Who are some influences of yours and can you take us into your framework when embarking on this debut album?

D: The New York CBGBs scene of the late 70s would be one influence. Some of the guitar playing on the album is inspired by Television and how they interlock their own guitar parts. There are loads of other nuggets in the album for people to find. I like it when someone lists an influence from a band I’ve never heard of before though, it’s a nice way to discover new music.


In terms of sequencing the album, we were quite careful that the change in styles and singing duties flowed as seamlessly as possible. It was one reason for including the short instrumental tracks, but they also have their own stories and influences. They’re more than just handy transitions. For example Travel Lodge Punk is influenced by Spectralism and Dud is a loop recording of a string quartet performance composed by Kilian.

W: As you’re no doubt well aware, Dublin has been a hotspot of rising rock bands with Fontaines D.C. and The Murder Capital. Is it a coincidence that your album title is Fad and is there any commentary of it all with the title?

D: There’s a few reasons we called it Fad. Fad 95’ is the oldest song on the LP. We sent an early demo version around to blogs about five years ago and a few labels got in touch. I think from that moment on we started taking the band a little more seriously. Regardless of how the band and the album work out, it’s also a good name because of its ambiguity. Finally, Fad is short and snappy and can be easily monetized into t-shirt merch. I often struggle to remember the name of albums but something like Fad makes it a little easier. Now that’s marketing 101!

W: Your relationship with Killian obviously predates the band. How does that connection help you guys as musicians and bring a different unique dimension to the band and your music?

D: We’ve spent over 10 years writing music together, so that helps. Because we’re brothers our paths will always inevitably cross. We’ve also made a promise to each other that regardless of what happens or which direction our lives go in, we’ll always try and write music together in some form. I think those kind of commitments are a little harder to make with friends. I don’t know if Kilian remembers making that pact but I’ll hold him to it. And he won’t be able to get away, because our paths will inevitably cross.

W: The production on your album really feels raw as if we’re in the room watching you play live. Going in did you guys set out with this goal in mind or was it an organic process?

D: It was all largely organic. We were fairly new to recording in studios and working with Dan Fox so we tried to let things take a natural course. We mainly used our demos and how we played the song live as reference points for the song direction. Apart from that it was largely Dan’s ears and the odd interruptions from us. We intentionally picked a tracklist of songs that we enjoy playing live so I guess that translated into the overall raw feel that you hear.

W: With shared lead vocals, do you guys always sing the songs you individually write or is it a collaborative process?

D: A bit of both. None of us are particularly possessive of our own songs. We very much encourage collaboration and input and would much rather have something where everyone has influenced the final recording. The music is always written first and from there we’ll have a good idea of whose voice would work best. We do sometimes write songs with Emma’s voice in mind though. From the get go ‘Up The Nurses’ was written for Emma to sing. It would have never worked with an O’Kelly howl.

W: Your spring tour dates got postponed to later this year. Do you guys still think that can happen? I know over here in the States, there’s no shot of that happening realistically. Were you planning on coming to the States this year originally?

D: Our UK tour has recently been rescheduled again to March 2021. So we won’t be gigging until the new year at the very earliest. We recently signed to a US booker so we’re hoping on coming over sometime next year, if we’re allowed. That would be a nice little dream come true, I’ve only ever visited New York, so it would be great to explore some of the other cities and their music venues. only if we’re allowed, of course.

W: You mentioned writing some new music during this downtime. Can we expect a quick follow-up sometime in the future?

D: Yes indeed. Because we’re not gigging we refocused our time on tracking more demos for album 2. We’ve finished a nice number of songs since March and we’re currently picking candidates for when we start rehearsing in August.

We’re recording the album this October and we plan to release it next year. That’s the plan anyway.

W: Finally, what movies/music/tv shows etc have helped you pass the time during quarantine or any up-and-coming Dublin bands we should be on the lookout?

D: We Come as Friends is one of the best films I’ve seen in a long long time. It’s a documentary about South Sudan’s formation, all the different characters that have their hands in the newly formed country’s pockets and the victims of their neocolonialist exploitation. The Servant is great too. Gary and Peadar know their films so I generally follow their tips.

Fad is out now and can be bought on Bandcamp – with all profits going straight to the band today as a part of Bandcamp Friday.