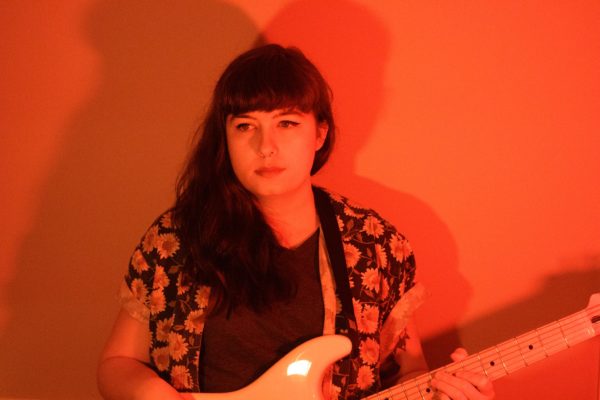 She’s recently returned with her new single “Calm Down,” a lush and gorgeous slice of dream-pop that soars high and far into the sky. It’s a lovely offering, one that will appear on her upcoming debut album Last Looks.

Find out a bit more about the song straight from Crone:

Calm down isn’t just a song, it’s a concept piece full of subliminal messages and sonic metaphors for panic attacks. Panic attacks are something I’ve struggled with for the better part of 5 years and each one feels as real as the first. It’s not something you get used to. Something I wanted to convey in the song is that panic attacks aren’t an “on/off” sort of thing. There’s no switch. There’s a ramp up period as well as a ramp down period. The guitar melodies do a lot of descending and ramping up/screaming as if you’re in the peak of an attack. The drums never quit the entire time, and bring this sense of adrenaline that one feels during an attack or even simmering right before an attack. And at the end of the song, the whole things gets quieter and quieter and brings the listener on a journey with to experience a sense of peace and calm. This was the song I made that made me realize I could make an entire album about mental health awareness. Calm Down will appear on Last Looks, my debut commercial LP coming this summer.

Enjoy a listen to “Calm Down” below.