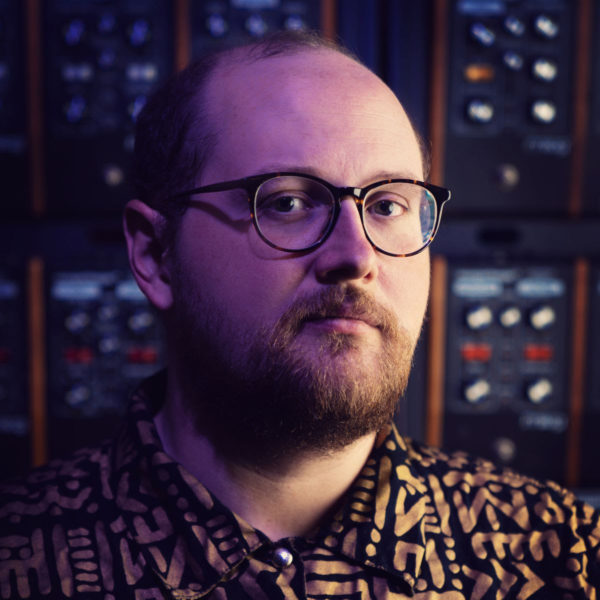 On January 31st Dan Deacon will return with his new album Mystic Familiar via Domino Records.

He’s recently released his second single from the album, “Become A Mountain,” a notable release as it’s the first time on record that Deacon has presented his natural singing voice, unprocessed and with minimal all-acoustic accompaniment.

The album was a personal one for Deacon, which makes this choice ring that much more true.

During the 4 years over which I composed the songs that became Mystic Familiar, I began going to therapy and started a meditation practice. I felt raw and vulnerable while making this album, and I wanted the music to reflect that.

Like many people who’ve been in a dark mindset for a long time, self-compassion and non-judgmental thinking were a real challenge for me, entirely new habits that needed to be learned basically from scratch. When I would try to embrace having positive thoughts, they didn’t feel like my own, but rather another entity’s thoughts trying to speak to me. While writing, I began thinking of these thoughts as a Mystic Familiar (my own personal supernatural companion) trying to communicate with me. Externalizing the thoughts made them easier to fully realize and reflect upon.

The lyrics in ‘Become A Mountain’ lay out the framework for the album’s overall concept: a Narrator and their Mystic Familiar. Our Narrator, in the opening verse and choruses, is trying to learn how to be self-compassionate, to live a life in the present while being able to deal with self-doubt and anxiety in a lifetime of great flux and foundational transformations. Meanwhile, our Mystic Familiar, in verse two and the pre-choruses, tries to help guide the transformations of our narrator through mantras coaxing me to be present in the now, even while also being an element of chaos itself.”

Find the music video for “Become A Mountain,” along with his upcoming tour dates.