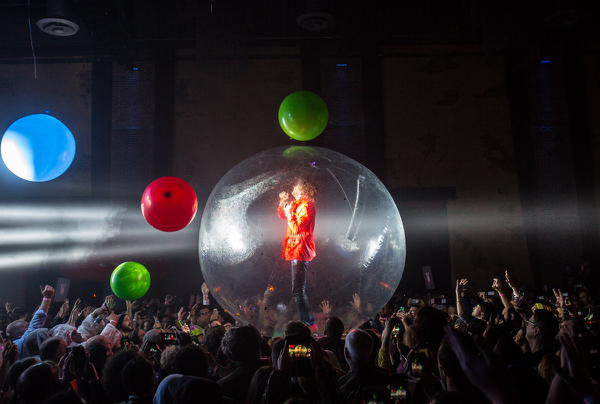 You don’t go see The Flaming Lips to see a show, you go for a true experience. The group has amassed a devoted passionate fanbase over the years, that not only has them repeatedly coming back for more, but also has them dressing up in colorful costumes, literally becoming a part of the show itself.

Following their bizarre team-up with Miley Cyrus, The Flaming Lips returned with new album Oczy Mlody via Warner Bros. Records. It’s impressively the 14th album from the long-standing Oklahoma rockers, and it still offers some new surprises from a band whose not afraid to push the boundaries of their oddball electronic soundscapes. They’ve been hard at work in support of the new record, bringing their tour to New York for a stop at The Space at Westbury in Long Island on March 11. 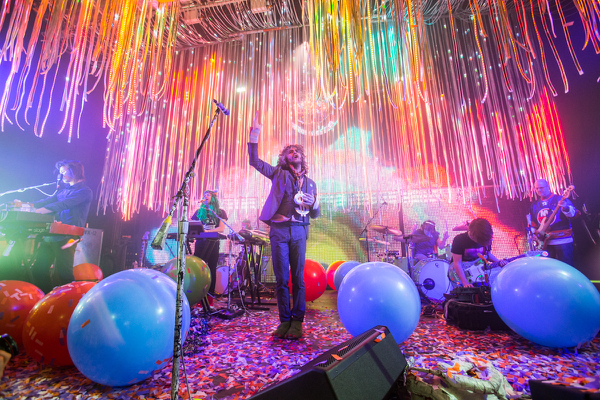 The setlist began with a look towards the past, with “Race For The Prize” and “Yoshimi Battles the Pink Robots, Pt. 1” kicking off the show in ways that only The Flaming Lips could. Confetti, balloons (lots of them), more confetti, dancing costumed figures emerged, some of which Wayne Coyne took the time to slow dance with. These familiar cuts passed the baton into what may the most Flaming Lips moment ever conceived: Coyne literally riding a lit up unicorn through the crowd during “There Should Be Unicorns.” It’s the sort of thing that would sound completely nutty at any other show, but when you’re talking about The Flaming Lips, it made too much sense.

They actually only played three songs off the new album, instead playing six tracks from their best album, The Soft Bulletin, while also staying loyal to Yoshimi Battles The Pink Robots. Coyne embarked on top of the crowd inside his signature hamster ball for a cover of David Bowie’s “Space Oddity,” a fitting tribute of sorts when you consider how much of an influence that Bowie must have had on The Flaming Lips, as a lot of what he did paved the way for artists like Coyne to explore in the ways that they have.

Find the setlist posted below, along with photos from The Flaming Lips’ set, as well as openers Clipping. 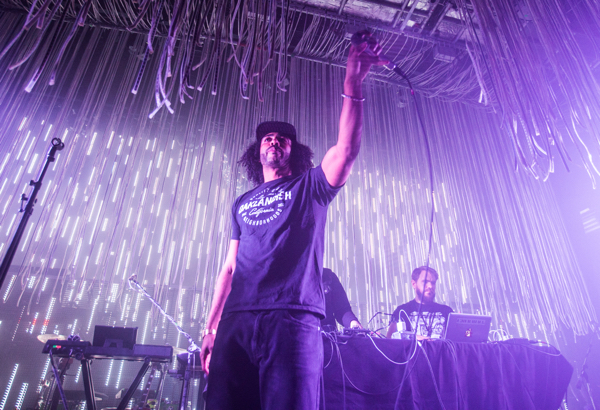 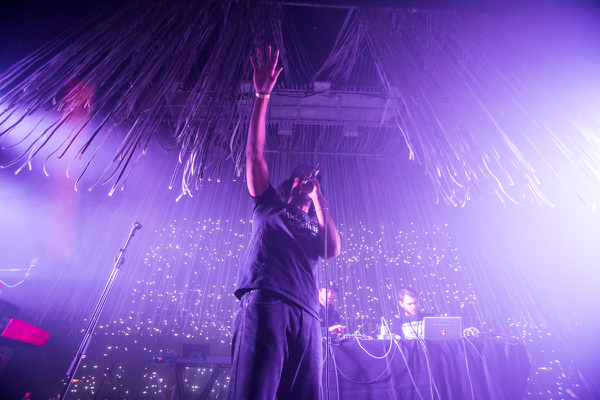 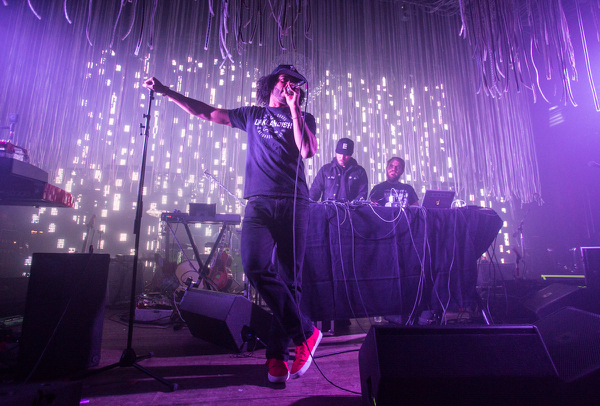 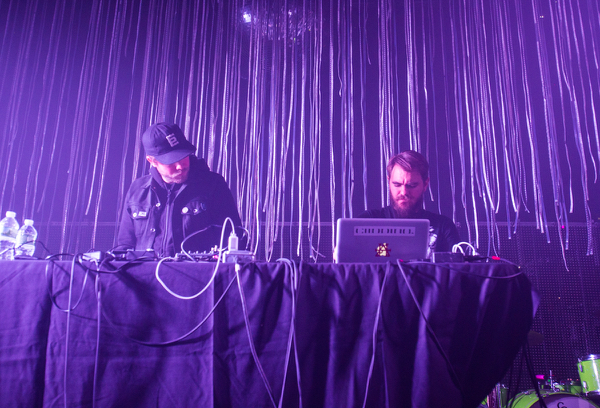 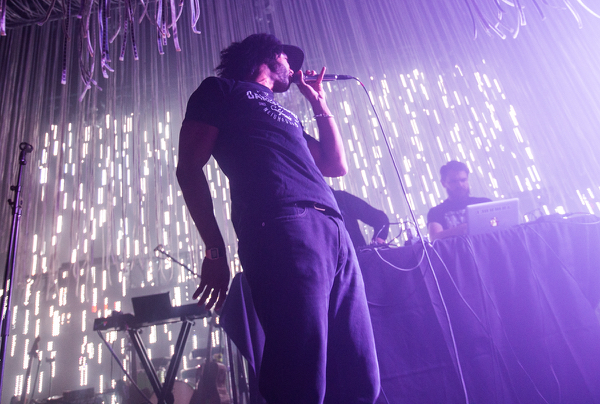 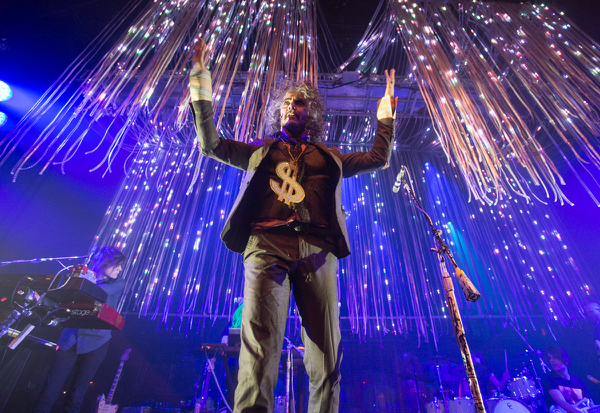 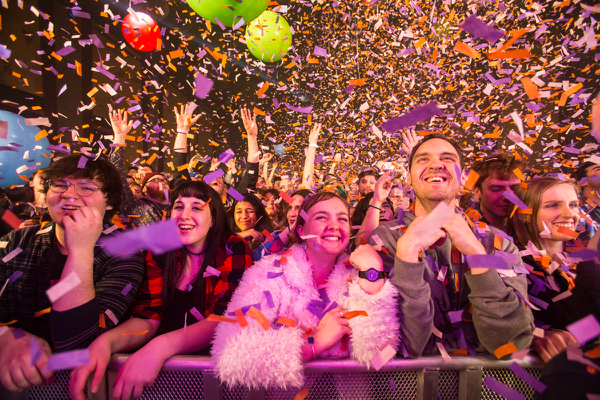 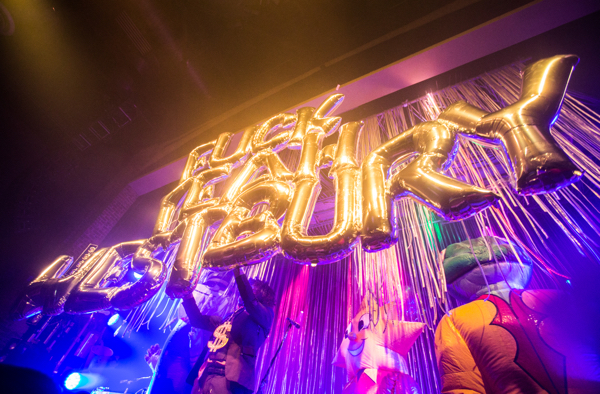 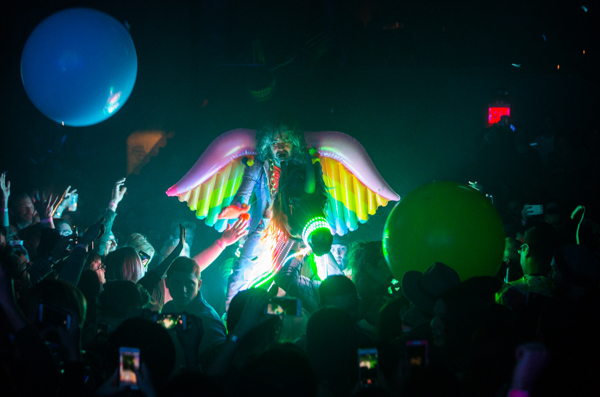 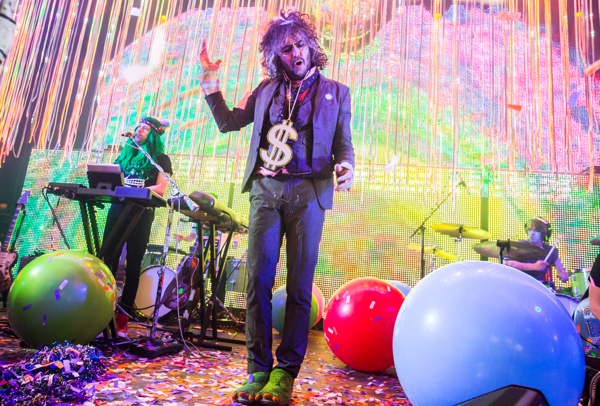 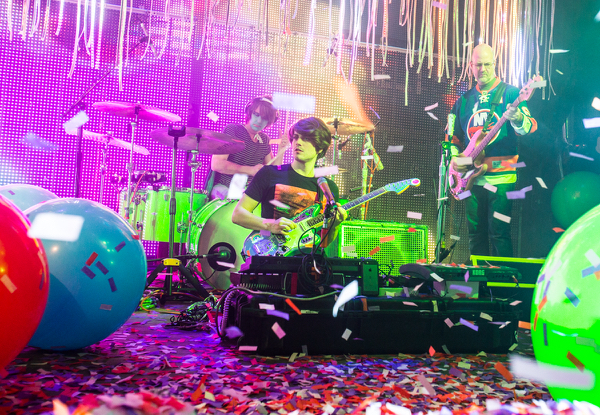 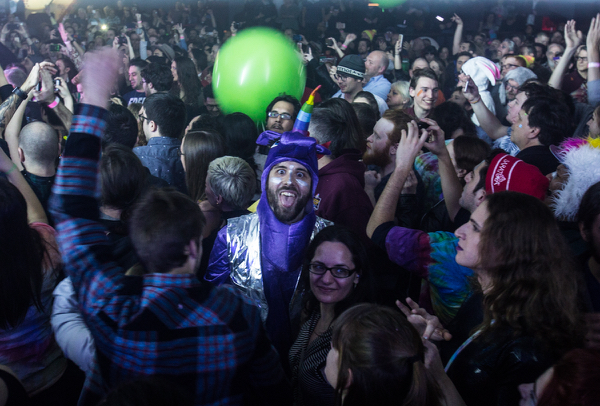 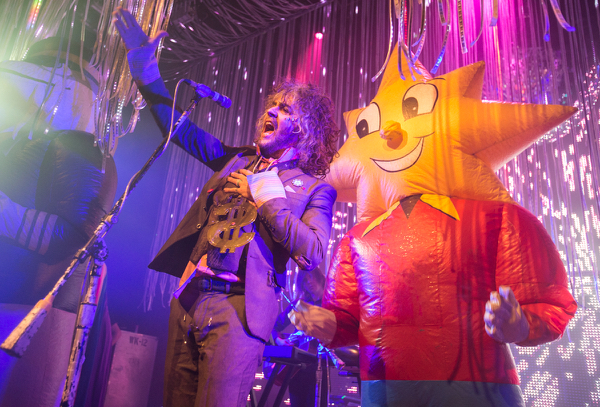 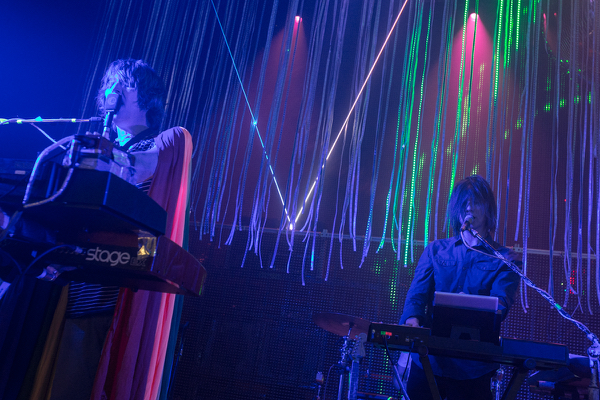 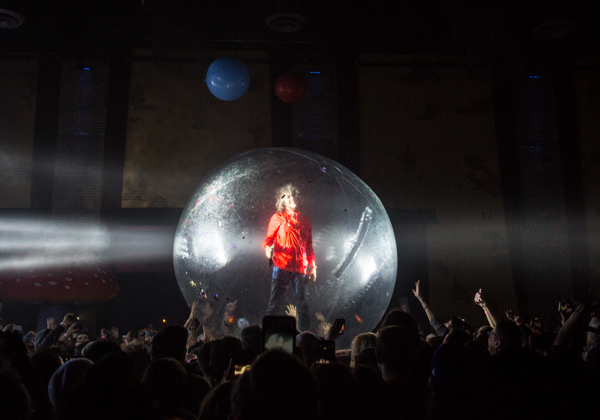 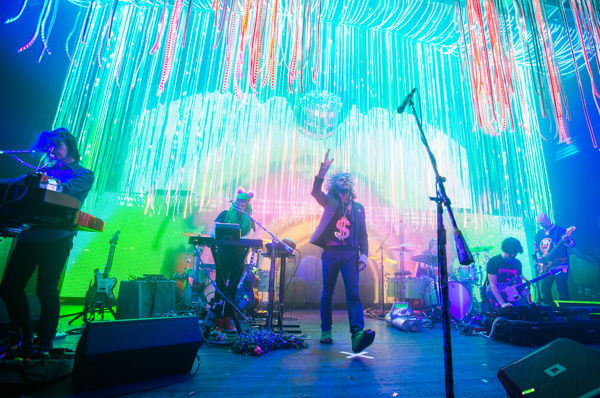 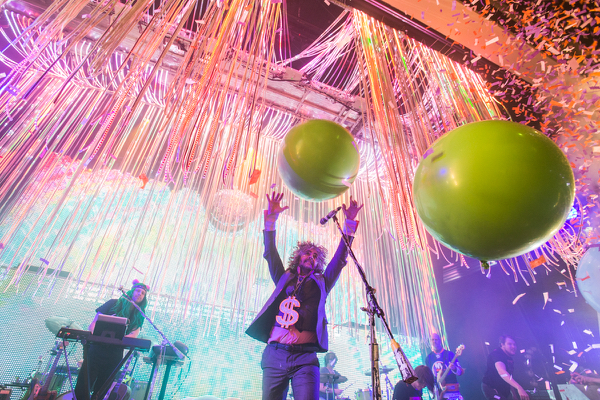 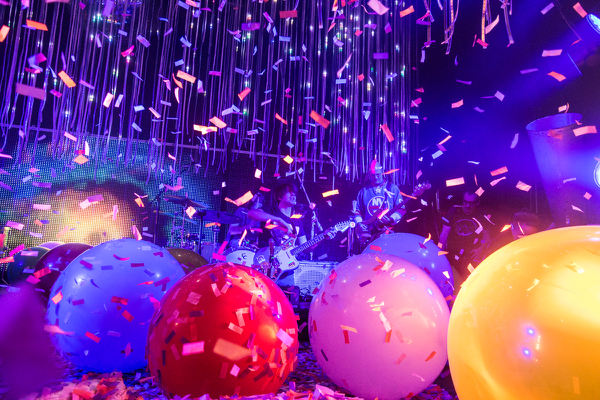 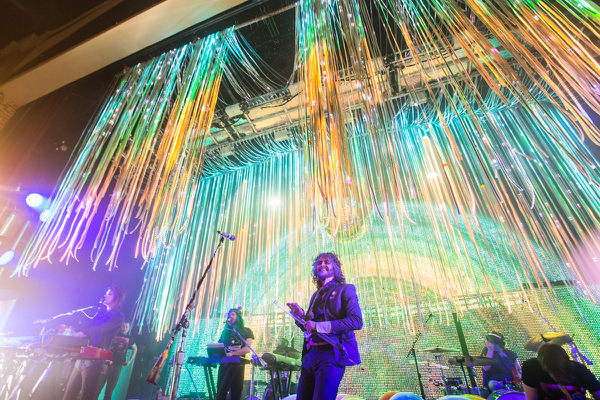 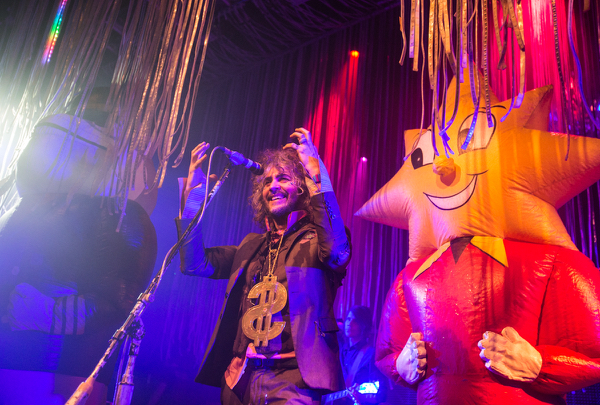 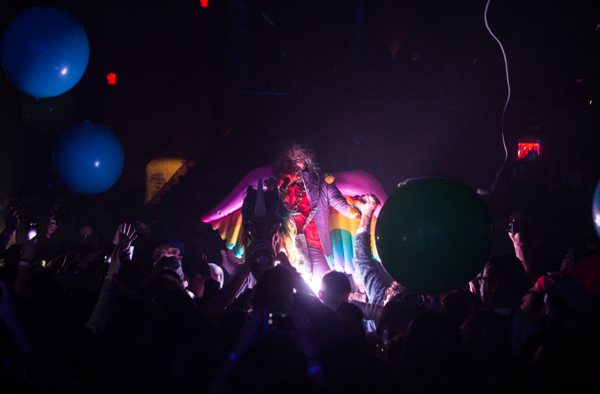 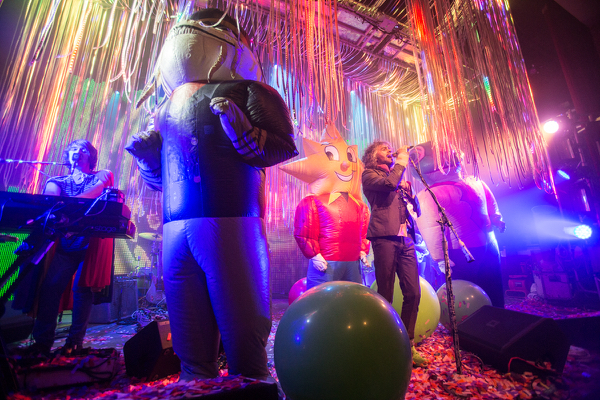 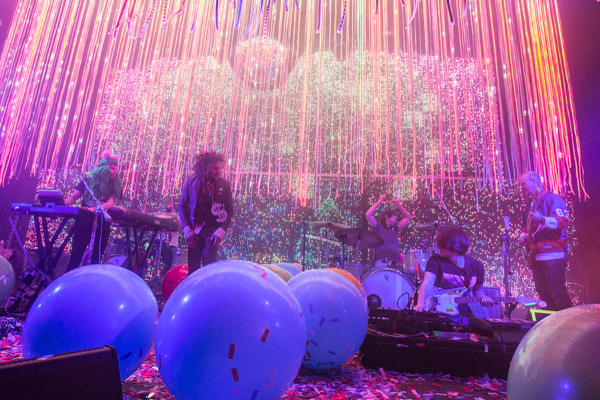 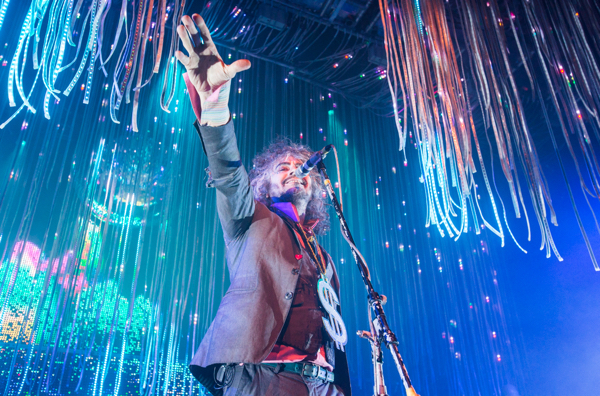