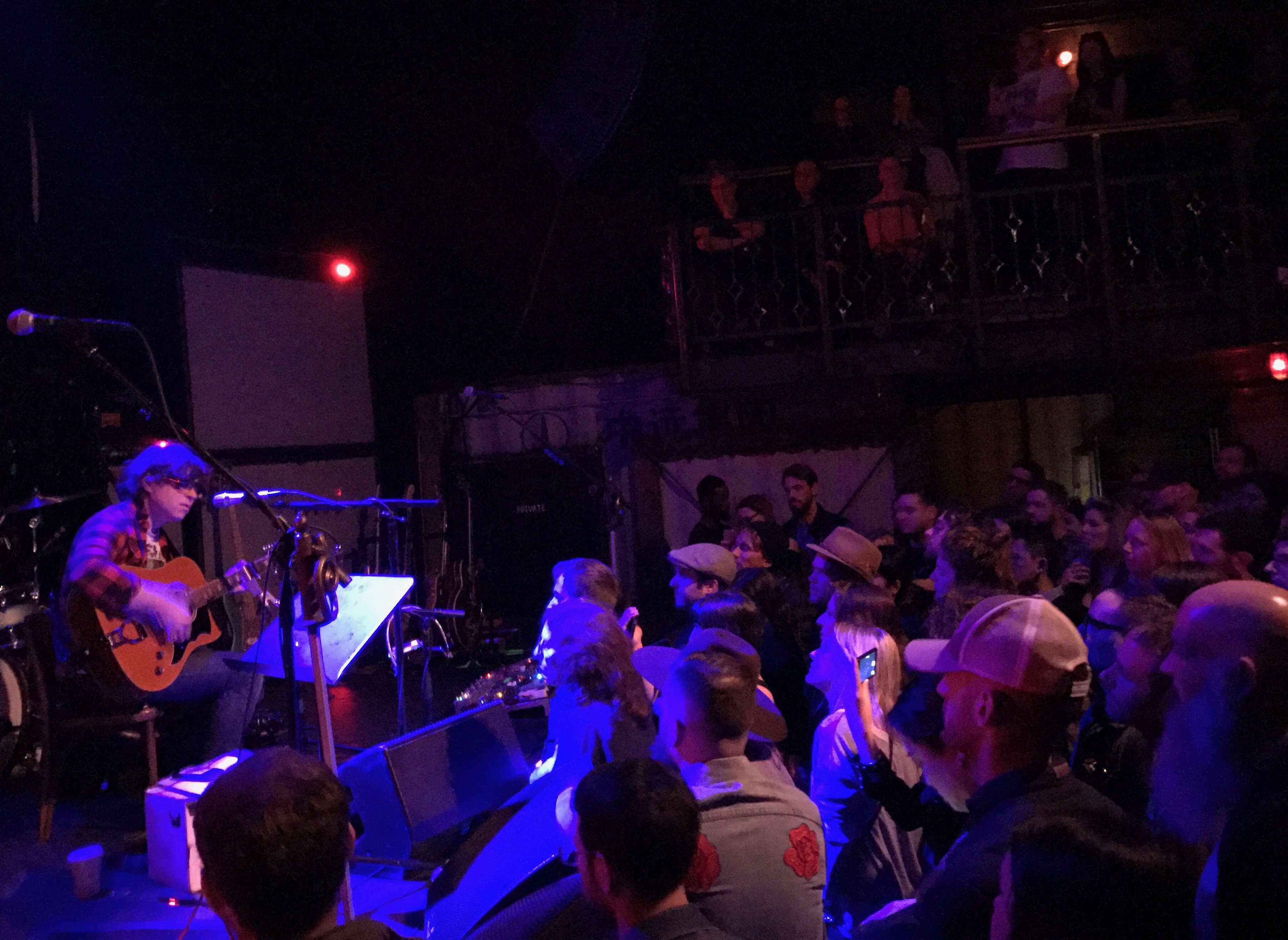 On February 17 Ryan Adams released his new album Prisoner via his own Pax-Am Records. To celebrate the release, Adams announced a very intimate performance at Rough Trade NYC the very next day on February 18 (he also played a much bigger show at The Apollo a few days before). Of course, the show sold out in seconds, so Adams added an acoustic instore performance that would take place a little earlier on the same night, all fans had to do to get in was buy the record from the store.

I’ve been enjoying the new album, but I got to say that hearing the songs stripped down in their barebones form gave the songs an entirely different feel, one that I think I actually preferred to the full band, recorded versions. Those are still good in their own way, but there was just a more gut-wrenching, emotional punch, hearing them so up close and personal, but then again, that’s to be expected.

Adams offered some typically terrific banter in-between songs (he could have a side career in stand-up comedy). Midway through the performance he noticed a little girl watching the show in the front row, and let her sit on stage so she would be more comfortable. This led to him creating a song on the spot called “The Greatest Cat In The World,” which was pretty special moment that I’m sure she will never forget. As if that wasn’t cool enough, he ended the set with “Was I Wrong,” an unreleased track from the Prisoner sessions.

It was special to spend such a intimate moment with an artist like Adams, one that felt personal and true. I’m sure the full band show was great too, but I was more than happy that this was the show I got to experience.