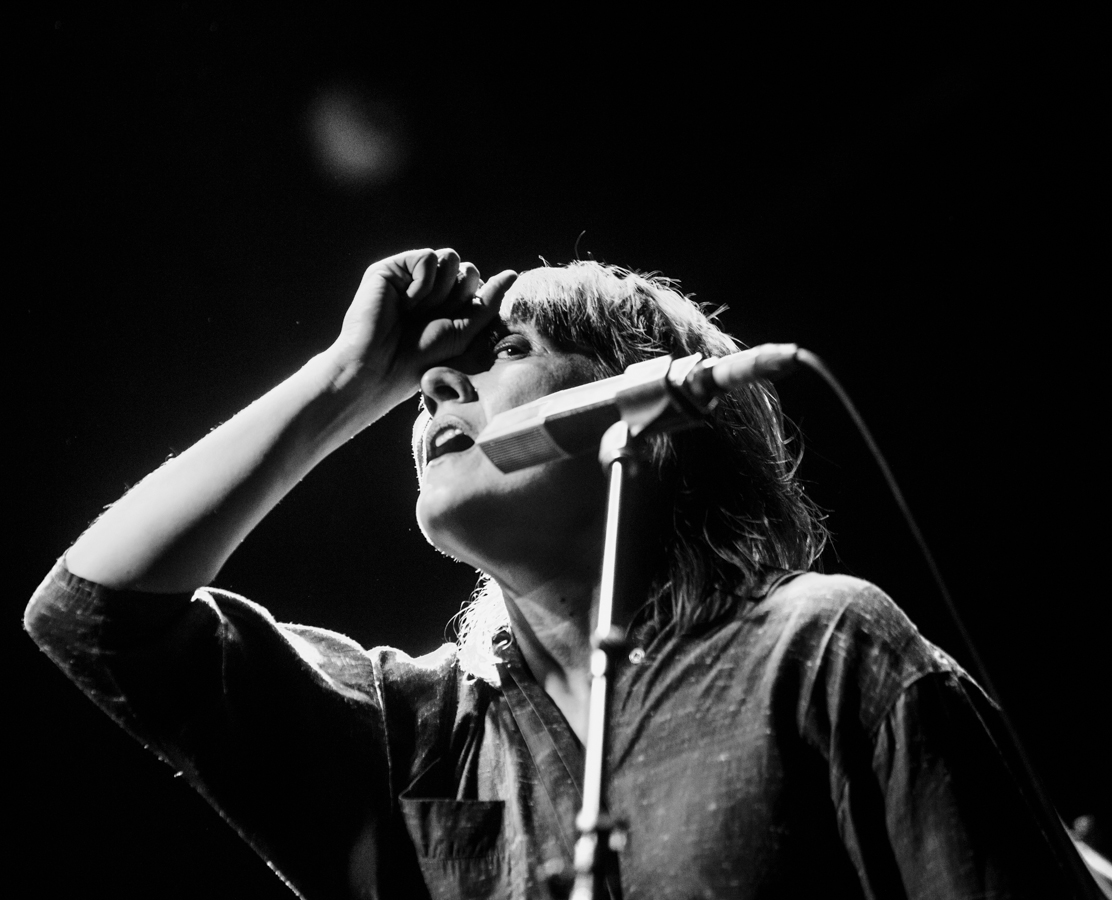 Photos + Words by Will Oliver

It may only be February but Cate Le Bon has already released one of the best albums that we will hear all year with Pompeii, which was released by Mexican Summer last week. She’s currently on tour in support of the album, which brought her to New York for a pair of sold out shows at Bowery Ballroom with Mega Bog opening.

We caught her night two performance at Bowery Ballroom last night and it was easily her best set yet. She had the packed room utterly transfixed with her every syllable and rhythm.

On stage Le Bon is a master at crafting energy that thrives in crafted an oddly catchy yet unsettling feeling that is both mysterious and full of smart hooks. Her stage presence has grown considerably throughout the years, from her own solo performances to her work with Drinks. Every time I have seen her perform she only gets better and better – as do her songs.

She performed all of the new album along with a handful of highlights from Reward, along with a cover of Bill Nelson’s “Do You Dream in Colour” which she played during the encore along with surprise guests Andrew Savage and Austin Brown of Parquet Courts.

Find photo galleries from Cate’s set along with Mega Bog below, along with the setlist.