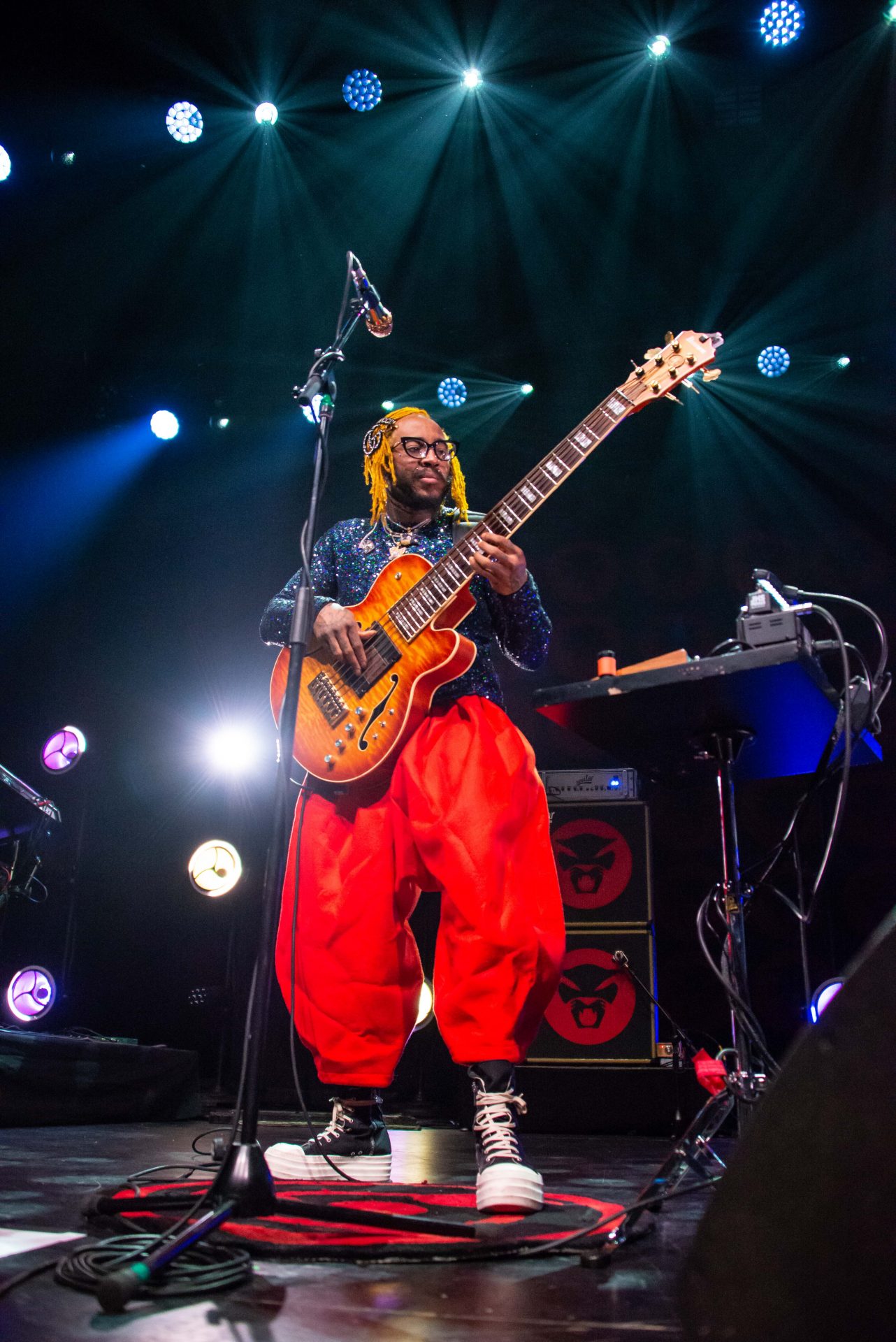 Thundercat is on tour in support of his 2020 album It Is What It Is, which brought him into New York City for a two-night run at Terminal 5, with supporting coming from Channel Tres.

The three-piece version of Thundercat’s live band brought his new jams and some oldies to life in his typically riveting and funky fashion.

Our photographer Alx Bear was there to capture photos from both performances, all of which can be found in the photo gallery shared below.