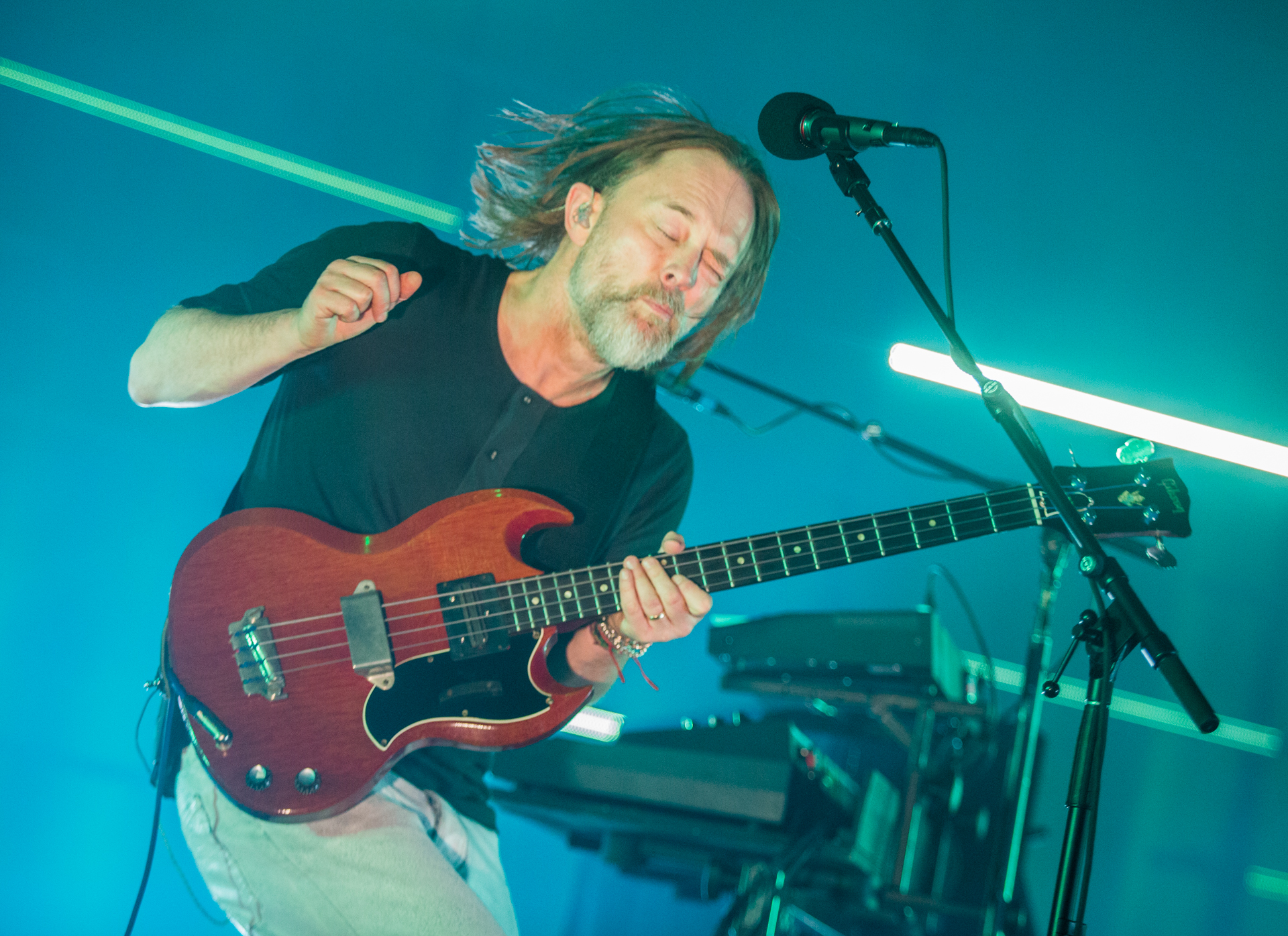 Photos + Review by Will Oliver

The Smile, the Radiohead-centric supergroup of Thom Yorke, Jonny Greenwood, and Son Of Kermet drummer, Tom Skinner made their New York live debut at Kings Theatre on Friday night (November 18th). The show was the first of back-to-back sold out performances at Kings Theater in Brooklyn, along with a show in Manhattan at Hammerstein Ballroom.

The weekend run is in support of their debut album A Light for Attracting Attention, which the band tore through with the confidence that one would expect from these titans of rock. What struck me immediately upon their arrival on the Kings stage was the loose nature from Yorke, who seemed to be truly relaxed and having fun engaging with the sold out crowd.

Along with all 13 of the songs from the album the band gave us a glimpse into the future with five new songs, which should calm down any fans who wondered if this was a one-and-done sort of deal. Skinner was the secret ingredient adding a new element to the familiar sonic realm of Yorke and Greenwood.

The band seemed to slowly find a new level with every song, peaking into a glorious place during the end of the regular set, with “The Smoke” and lead single “You Will Never Work In Television Again”, both of which featured saxophonist Robert Stillman, who also opened the show.

The three-song encore of “Open the Floodgates”, “The Same”, and “Bending Hectic”, along with the double-encore performance of Thom Yorke’s solo track “Feeling Pulled Apart by Horses” served as a perfect finale, seeing the trio leave a new stamp on the track that sent the crowd home in a state of blissful nirvana.

We can only hope we get even more material and even tour dates next year – maybe during the festival season. For now, find a gallery of photos and setlist posted below.