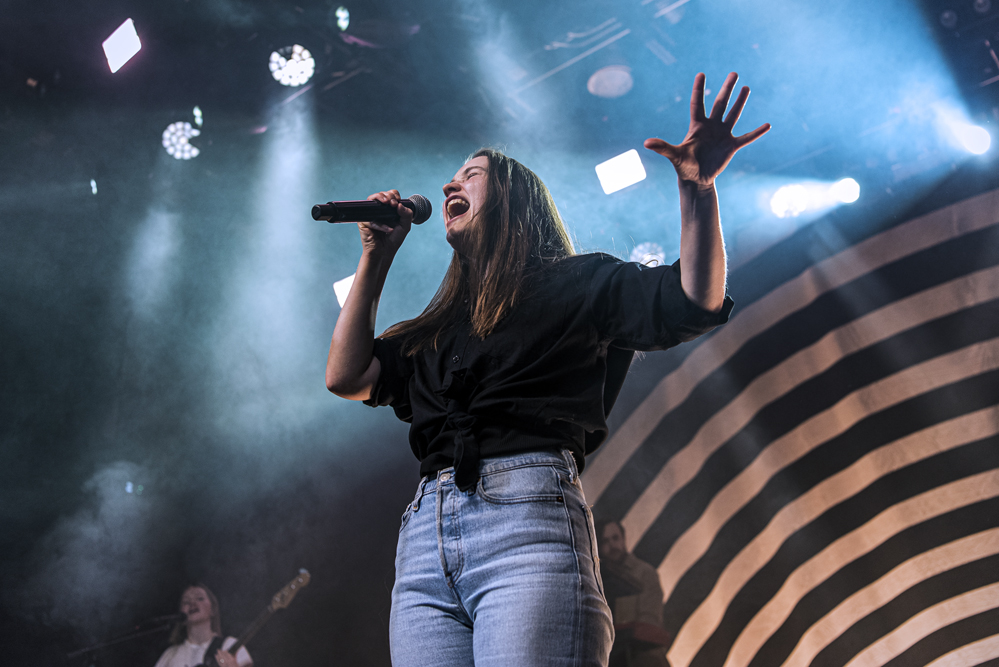 When we last saw the Norwegian pop singer Sigrid in concert back in September of 2019, she played Webster Hall in support of her debut album Sucker Punch (via Island Records). A little more than two and a half years since that show took place, she is ready to release her sophomore LP, How To Let Go, on the 6th of May (also via Island Records). Ahead of its release, Sigrid scheduled a two city run of shows in the U.S.—one night in Los Angeles and one night in New York City. The New York date took place at Brooklyn Steel, where we were fortunate enough to be in attendance.

Sigrid’s backing band has seen a slight lineup change since we last saw her, with newcomer Liva Sværen on bass/backing vocals joining Sondre Berg Abrahamsen on guitar, Peter Kolsung on keyboard, and Kasper Waag on drums. Energy was high throughout the night, with the audience showing equal enthusiasm for both old and new songs. Sigrid expressed her surprise and gratitude toward the many fans in attendance who already knew the lyrics for her newer material. Understandably, the loudest singalongs and the most lively crowd reactions came in response to her hit songs “Don’t Kill My Vibe,” and “Strangers.” Following a very brief break after the conclusion of “Strangers,” Sigrid and her band returned to the stage for a three song encore.

A photo gallery of Sigrid and supporting act Ryann as well as Sigrid’s setlist can be found below.