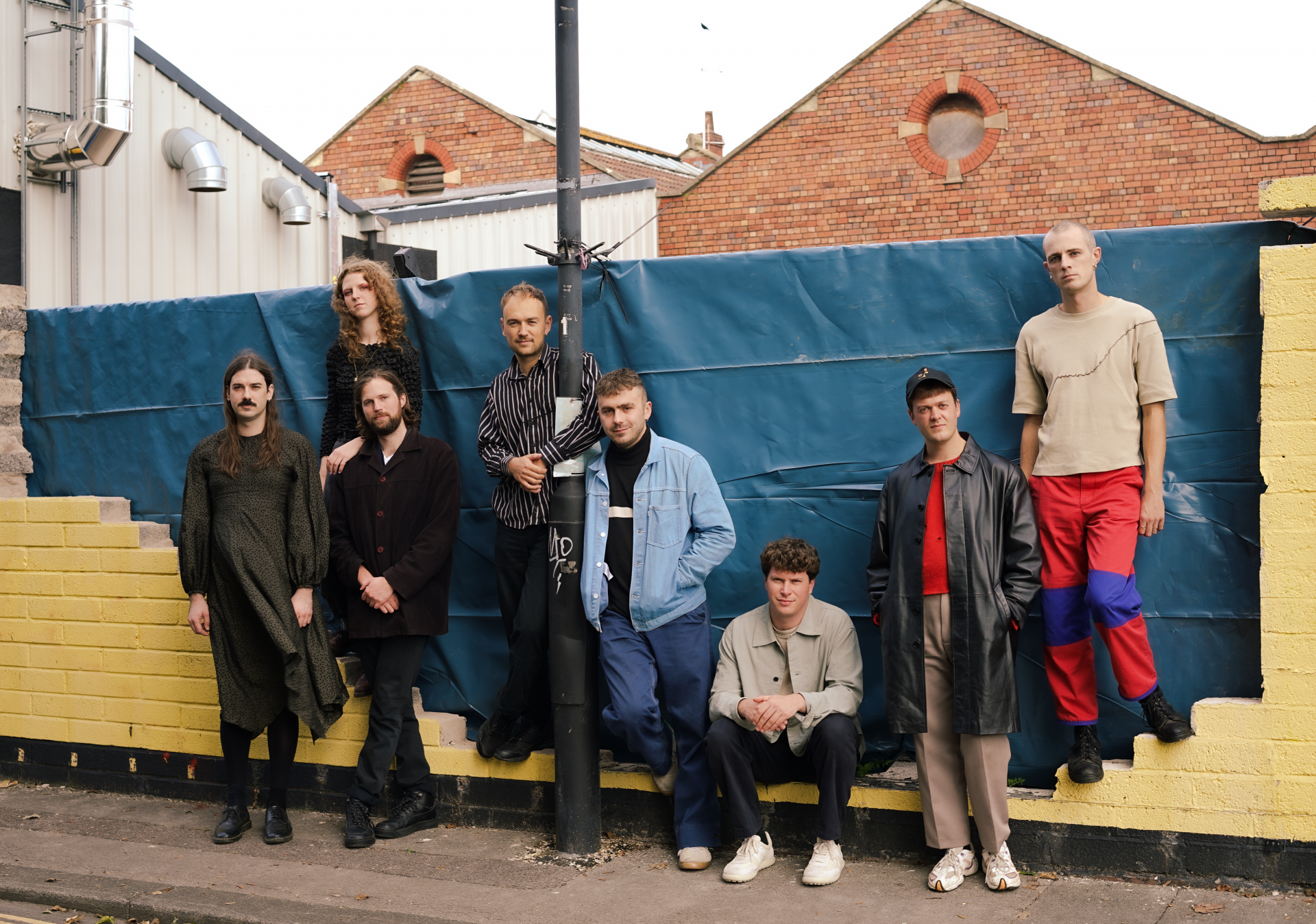 London-based eight-piece caroline have announced that their self-titled debut album will be out on February 25th via Rough Trade Records. Along with the announcement comes the release of single “IWR.”

The band was born in 2017 out of weekly improvisation sessions with band members bringing their shared influences to the table, including Midwestern emo, Appalachian folk, minimalist classical, and various forms of electronic music. It all merged together into something special and unique, as seen on “IWR.”

Think the experimental 90s folk of Alex G with some of those gorgeous moments of acts like Fleet Foxes, with the post-punk atmosphere of Black Country, New Road.

You can find the music video, which the band self-directed themselves below.

8.Skydiving onto the library roof