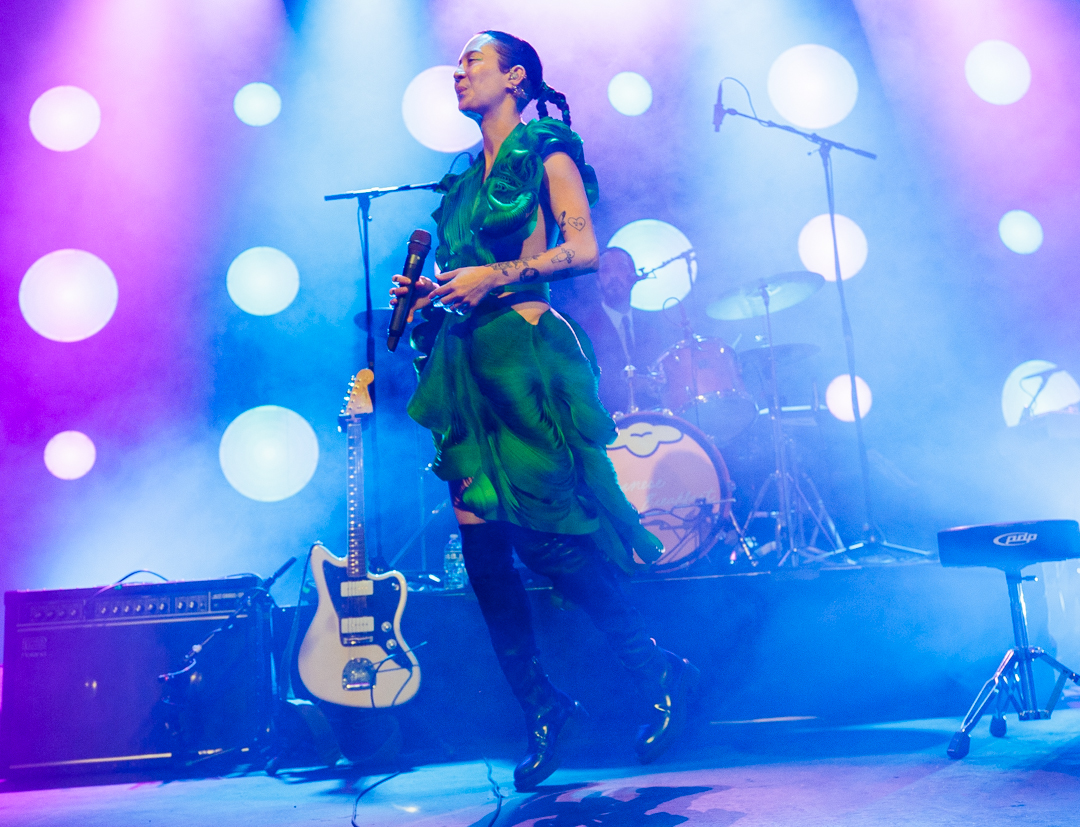 Michelle Zauner has had quite the year. Not only has her memoir Crying in H Mart made the NY Times Bestseller list but she released Jubilee, her third album as Japanese Breakfast, which came out earlier this summer via Dead Oceans.

We caught a few performances of hers earlier in the year at Jersey City and Boston and on October 17th we caught the final show of her sold-out four-night run at Brooklyn Steel.

This was an even tighter performance than the one I saw at White Eagle Hall, with Zauner and her band seemingly even more confident and in sync, delivering the tracks off of Jubilee and her previous effort in a colorful and astonishing manner. You can feel the influence of the era songs bleeding into the old, creating an effect as if you’re hearing some of the older songs again for the very first time.

One thing is certain, it won’t be long until Zauner is playing seated venues in the area such as Kings or Radio City in no time.

Find a full gallery of photos from their night 4 performance at Brooklyn Steel below.