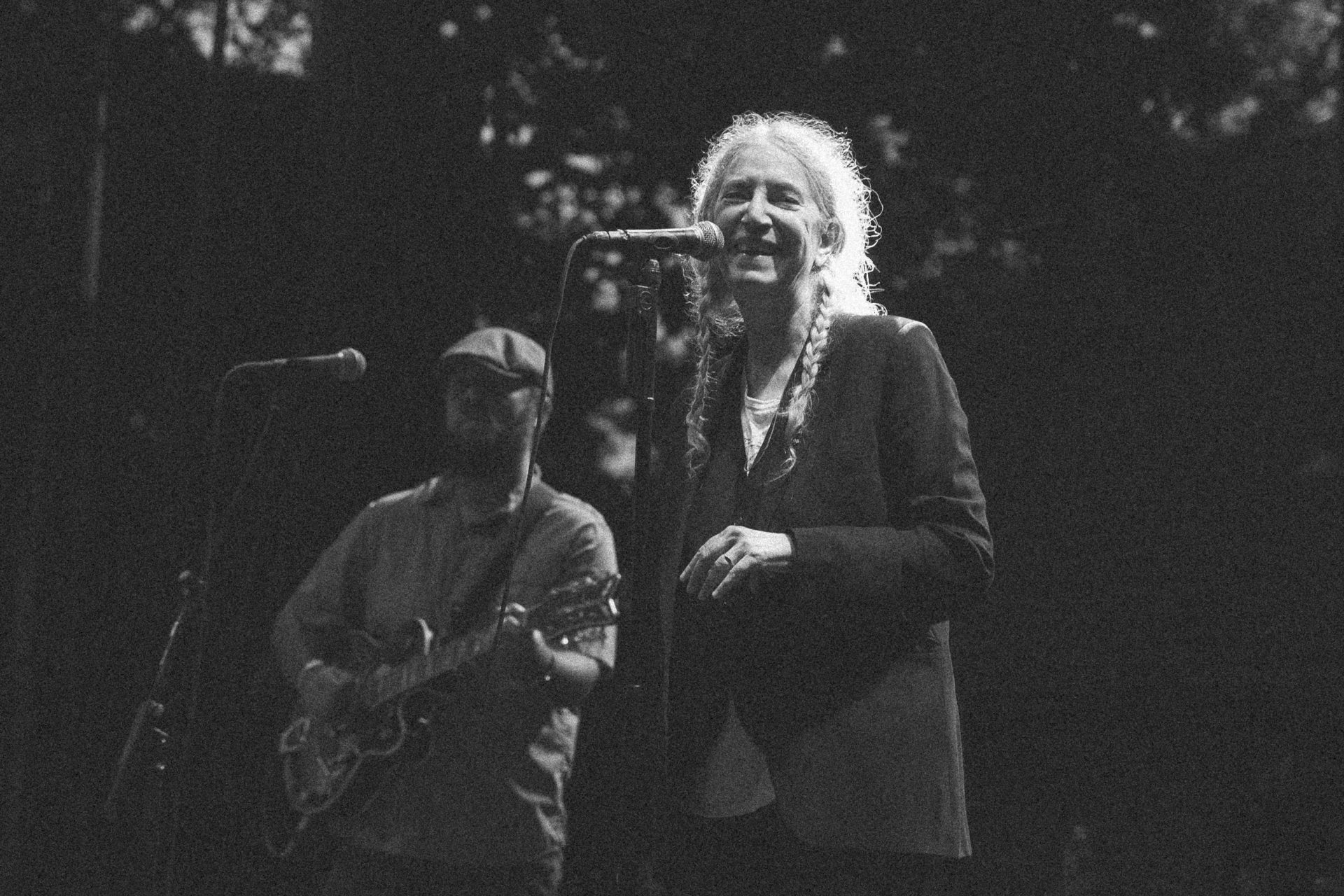 On Sunday evening Patti Smith and her band graced the stage at SummerStagge in Central Park, for a free performance for fans following performances at Riot Fest and Sea Hear Now over the weekend.

The show featured all of the clasics from Smith’s catalogue, as well as a few tributes to The Rolling Stones’ drummer Charlie Watts and Lee “Scratch” Perry, both whom recently passed. The set included a cover of The Stones’ “I’m Free” as well as a cover of Bob Dylan’s “One Too Many Mornings.”

Our photographer Krystena Patton was there to capture photos from her performance, all of which can be found posted below, along with the setlist.

16. People Have the Power