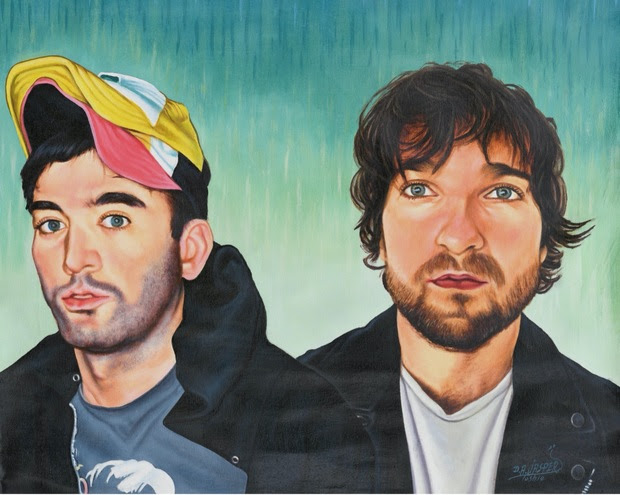 The album began when the two “decamped to a friend’s cabin in upstate New York for a monthlong songwriting sabbatical. Watching a movie to unwind after each day’s work, they soon found their songs reflecting the films and began investigating this connection in earnest.” The 14-song album is loosely based on these films, a mix of highbrow, lowbrow, and everything in between.

With the news comes the release of two songs from the album, the folky “Reach Out” which feels like a bit of early-era Stevens, as well as “Olympus,” which also has that classic folk sound but more of a Carrie & Lowell dreamy sense of wonder.

The release also includes a music video for “Reach Out” which was shot earlier this year by Sufjan and Angelo on VHS-C cameras from their respective coasts, New York and California, starring their beloved dogs. Find that below along with a stream of “Olympus.” We’ve also included the album art and tracklist.