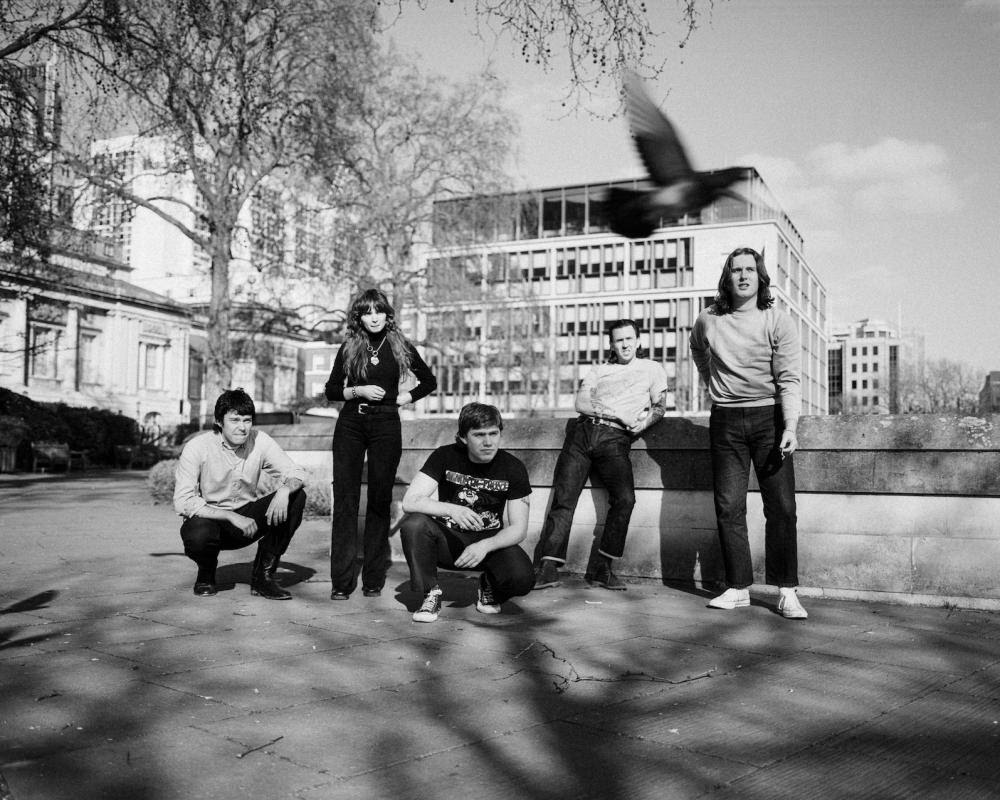 West London punk rock outfit Chubby and the Gang have announced that their sophomore album is entitled The Mutt’s Nuts and will be released via Partisan Records on August 27th.

With the announcement comes the first single “Coming Up Tough.” The title is apt, as the song kicks and hits hard with a raw and tough nature that means business. The track is described as a snapshot of modern London, “part punk rager about government failure and the school-to-prison pipeline.” This is old school punk rock with no bs, it’s straight up business and it hits hard, and it hits good. If you’re thinking it sounds a bit like Fucked Up, it’s a good observation, as the album was produced by Jonah Falco of Fucked Up.

‘Coming Up Tough’ is about a family member of mine who ended up going to prison at very young age for over 20 years. He went in as a kid and spent most of his life in the system. Where’s the justice in that? You come out and have to prove yourself to a world that shut you away – what chance do you have? There’s no attempt at actual rehabilitation, no empathy, just a cage to be forgotten about. I wanted the song to feel like a snowball effect. The character gets thrown out of his house at first and it feels almost juvenile, but then as it progresses you realize the real trouble he’s in. And too often once you’re in trouble you can’t get out.

Enjoy the official music video for “Coming Up Tough,” which was directed by Pedro Takahashi. Find it posted below, along with the album art and tracklist.

. Take Me Home To London

8. Life On The Bayou