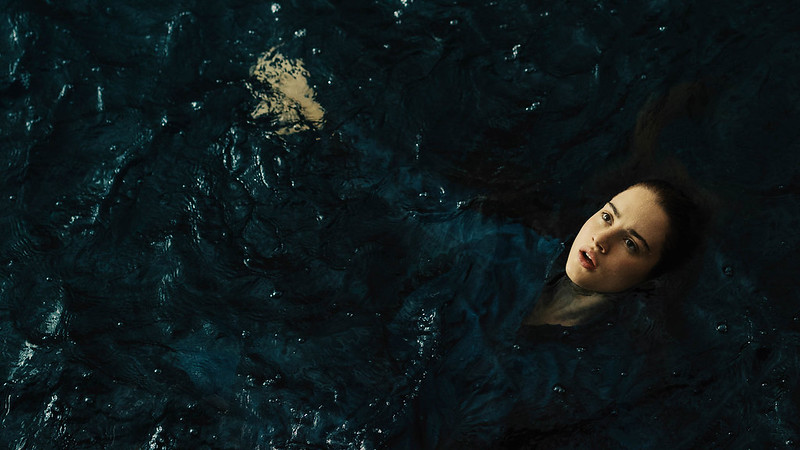 Ana (Grace Van Patten) works at a hotel on the seaside, stressed out and clearly mentally checked out before her next shift serving a wedding. Her co-worker/friend Dimitri (Theodore Pellerin) finds her sleeping in her car again before they check-in and is worried about her. He wants her to sing while he plays at the wedding but she tells him that she “is not that kind of girl.”

Her boss (Frano Maskovic) constantly berates and demeans her and maybe does much worse offscreen in a walk-in freezer. This distressing feeling comes in parallel to the Bride (Mia Goth) and the lonely bathroom attendant (Juliette Lewis). She needs an escape and that’s just what comes when the power goes out and she hears a sound that draws her into an oven which she crawls into.

She soon finds herself in an ocean and swims to shore to meet the all-female soldier squad led by Marsha (Mia Goth) and rounded out by Gert (Soko) and Bea (Havana Rose Liu). The enemy that they are hunting are all men, and the metaphor couldn’t be more obvious. Like a mix of The Wizard of Oz and a Benh Zeitlin film, this is the world that Ana is able to escape to in Mayday, the directorial debut from Karen Cinorre.

Cinorre, who also wrote the screenplay, finds a dream-like fantasy world escapism to talk about the abuse that women are forced to endure at hands of men and it’s a war that they need to win together. It’s a well-intentioned effort and Cinorre takes a stab at the tough subject in a creative way but it’s one that just never found itself or a steady footing of any sort as a narrative that unfortunately meanders more than it inspired.

Although built-upon this magical fairy tale story, Mayday never feels larger-than-life or grand except for a dreadfully misguided musical-dance sequence that comes out of left field and thankfully never returns again. The film suffers from a bit of a lost at sea tone and feeling that never uplifts or inspired in the way that it hopes. Eventually, Ana does see that the leadership of Marsha isn’t the answer to their problems after being reminded of her friendship with Dimitri. But their arc is never developed in a way that allows any of it to feel earned or land as intended.

Van Patten is a talented actress who manages along with Goth to bring the page alive on screen to the best of her ability. There are some flashes of creativity here but it’s just an inconstant journey that never found itself. Despite this flat effort, Cinorre clearly has a unique vision and talent waiting to be unlocked in the future. 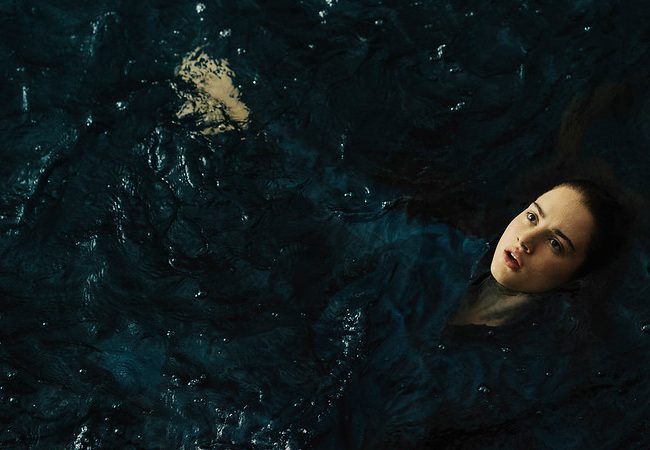