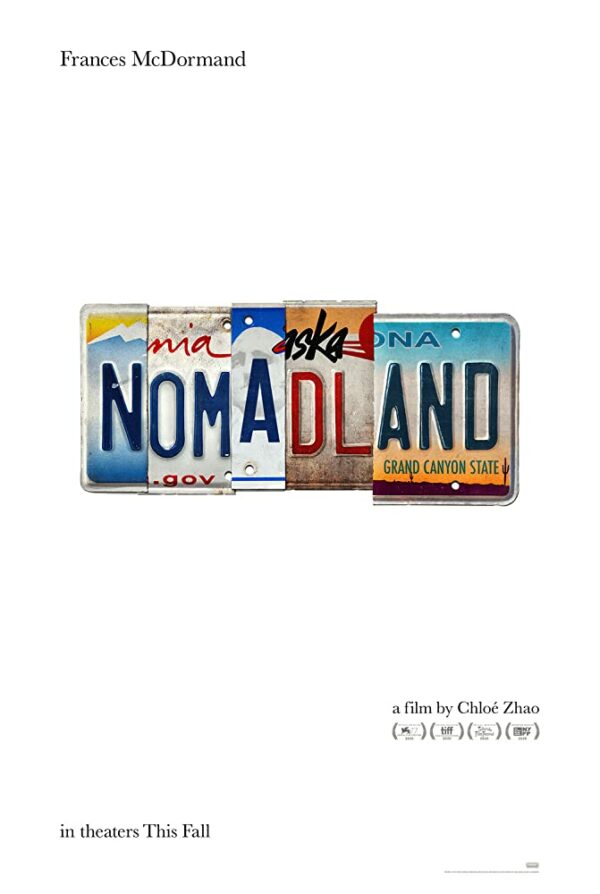 At the 2017 edition of NYFF I was completely caught off-guard by how affected I was by Chloé Zhao’s The Rider. The director has a real talent for the way she is so meticulously able to blend the arena of feature and documentary filmmaking, bridging the gap between the two in a style that is completely raw and authentically lived in. She does this again in another moving fashion with Nomadland, which she wrote and edited along with directing, all based on Jessica Bruder’s novel of the same name.

When we see Fern (Frances McDormand) she’s packing up the remnants of her life into a van and hitting the road after the economic collapse of the small rural town of Empire, Nevada, which she once called home with her recently deceased husband. She embarks on a lonely journey of solitude out on the road, where she makes some money taking temporary gigs such as shifts at an Amazon warehouse during the holiday season, celebrating New Year’s Eve by her lonesome, in her cold van with a Happy New Year hat sadly rested on her head. Even if we feel bad for her, she isn’t throwing a pity party for herself, she is more than content with the freedom that this journey affords her. 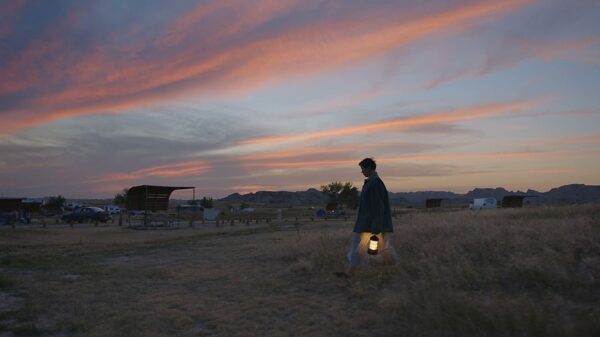 Although life can be lonely, she also forms bonds with other nomads and gig workers that she befriends and forms a deeply rooted bond spanning state lines. They all exchange personal stories describing the pain of life that led them down this new road and the hardships that they now face living in their vehicles. Considering that all of these are non-actors outside from Dave, played by David Strathairn, these stories hit differently when you realize that they’re likely real stories that these poor souls experienced that they bravely shared with Zhao.

Once again the talented Chinese director threads the needle beautifully between documentary and fiction, where in reality it feels somewhere in-between, creating a blend of the fantastical and sad reality that shines a spotlight on the forgotten people in America, the sort of thing that does more for these citizens than their supposed savior ever will do in D.C. A part of the power here, and as well as with all of Zhao’s work is the way that she showcases these people as they are, never casting judgment in either direction. We become a part of their journey and get to see a side of America that not many directors even consider.

Credit to McDorman who plays off the actors perfectly, listening to their stories intently and showing that she is moved just as great in real life as we are. There’s a power to seeing one of the titans of acting reacting so profoundly and honestly to these stories, which only makes it that much more impactful. It’s a raw and unflinching performance from McDormand that is partly inspiring but also partly tragic. We see flashes of her previous life and family and see her play the domestic life when she needs to, yet in the end, she’s pulled by the freedom that life out on the road allows. 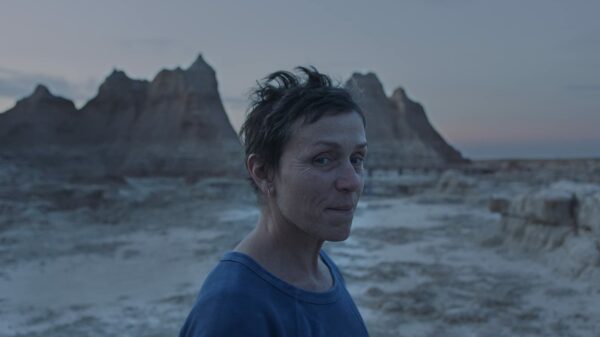 Zhao reteams with her longtime cinematographer Joshua James Richards who captures the heartland of America in a gorgeous manner that will inspire even the stubbornest of homebodies to want to see these parts of America. The cinematography captures life on the road in a stunning fashion that isn’t showy but a lovely observation of real-life America, unfiltered. Similarly impactful is the piano-led score from Ludovico Einaudi that is a perfect sidecar companion to the spiritual exploration at hand.

For those who find Zhao’s previous work a bit too much of a slow burn with a Malick-like impressionistic spiritual journey too demanding, far astray from the traditional plot-based format. There’s no big climax or Hollywood-esque moments. But if you buy into the journey that she and McDormand take you on, it’s hard not to be moved by what they achieve here. It’s not an easy watch, it’s unflinching and doesn’t always paint the prettiest picture of raw moments like having a bucket nearby in case of an “emergency” when you can’t exit your vehicle in time.

Nomadland is another spellbinding effort from Zhao who transcends the medium, creating a spiritual like journey about the human condition, the idea of being where you’re meant to be rather than where you’re supposed to be. She captures it all, the beauty, the pain, the joy, the hope, and the defeat. It’s all there, it’s a mixed bag of uplifting, inspiring, sad, and joyous. That’s life.

Nomadland played at the 2020 New York Film Festival both virtually and at drive-in theaters. It will be released by Searchlight Pictures on December 4th.