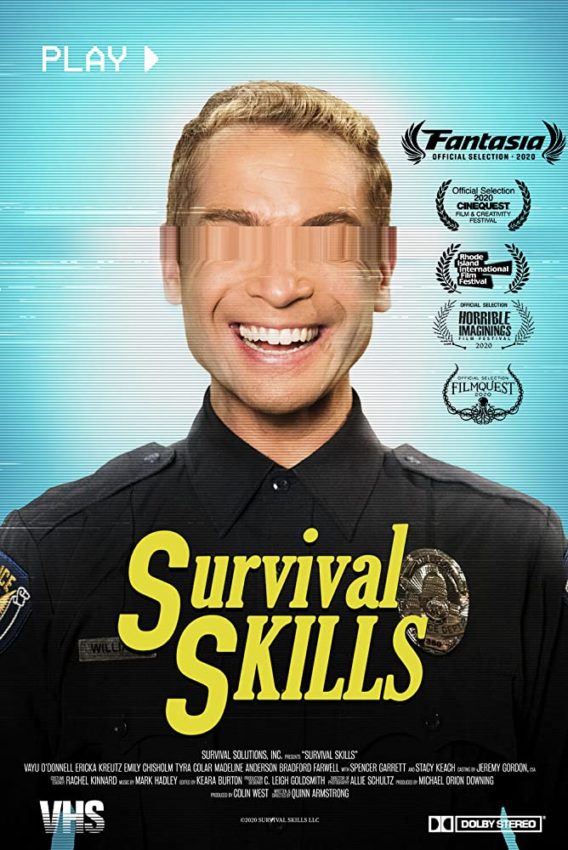 Survival Skills is the debut feature-length film from director Quinn Armstrong, one that takes a look at a good-natured police officer who seeks to be the sort of officer that strives to go above and beyond the law and help those within the community. Only he quickly comes to face the harsh reality that the system is built against him to enforce the sort of positive change that he strives for and he sadly becomes disillusioned and broken down by the realities of the job.

In our current climate, this was always going to be a relatively timely release. But even still, Armstrong couldn’t have predicted just how so it would be. With the recent deaths (George Floyd and Breonna Taylor) and injuries (Jacob Blake) at the hands of police officers, such events have really given this film an even more relevant context that is hard to shake. 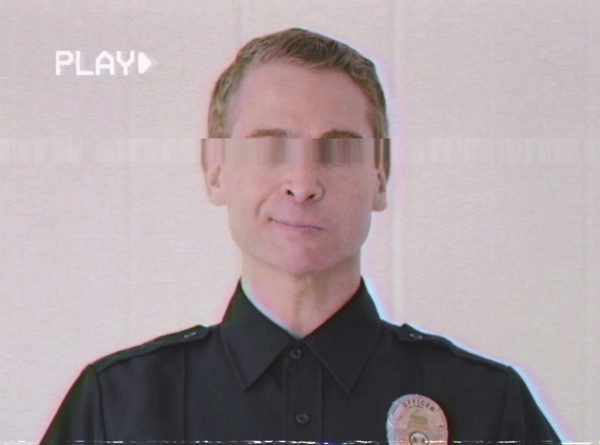 Armstrong cleverly tells this story through the lens of a lost 1980s training video that features The Narrator (Stacy Keach) instructing potential new officers at a suburban police department. We follow a rookie cop named Jim (Vayu O’Donnell) as he joins the force and goes in ready to help the community, following the advice of the Narrator as to how to best perform his duties and serve as an officer of the law. However, Jim finds himself conflicted after witnessing a case of domestic violence that stays with him and he can’t help but ignore the rules laid out for him by The Narrator, veering off-script and off the path laid out in the instructional video as his inner turmoil grows.

While this effect is a clever one and its use blossoms during the final stretch of Survival Skills, it’s not a complete enough hook to bring this important subject matter to an even greater cinematic level. Dramatically, it feels somewhat limited by these confines and at times suffers a bit, feeling stuck between whether to focus on the meta portion of the VHS instructional video or the main dramatic narrative. While the idea is clever as a set-up, the back and forth nature kept me at arm’s length from immersing myself further into the story. 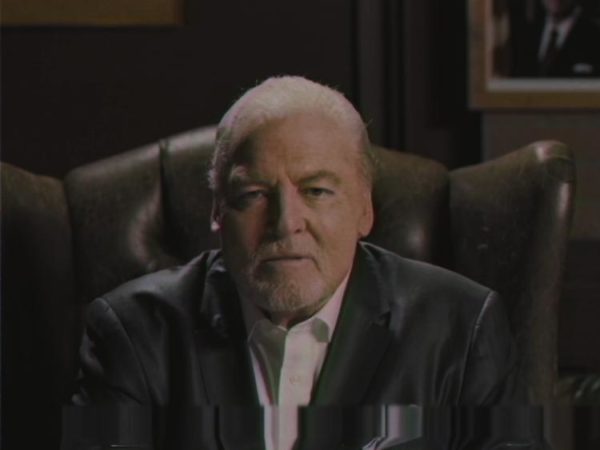 However, Survival Skills does take a powerful look at the problems of the system and gives us a balanced perspective of both sides of the coin of how much good an officer can really do without the system working hand-in-hand with them. There is also a good look at the many layers of domestic violence, how it can be hard for victims to find the help they so desperately need, and why they are unable to leave those who are supposed to love them. Both are complex issues, and they get rather nuanced takes here that linger with you as the end credits roll.

Survival Skills is screening as part of the virtual 2020 Fantasia Film Festival and doesn’t currently have US distribution.