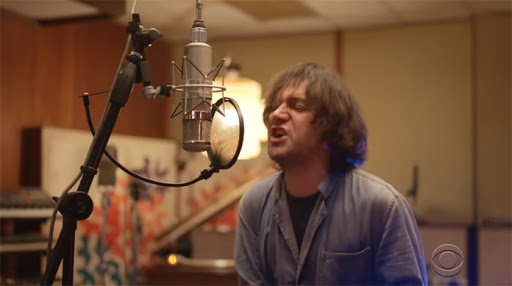 Yesterday Bright Eyes announced that they were back with their first new album in 9 years with Down In The Weeds Where The World Once Was, which will be released on August 21 via Dead Oceans. They also released their brand new single, “Mariana Trench.”

Last night they made their first live performance in nearly a decade, performing the new single on Colbert, with a little help from Lucius on vocals, Queens Of The Stone Ages’ Jon Theodore on drums, Anna Butterss on bass and a horn section.

Find the performance available to watch below.