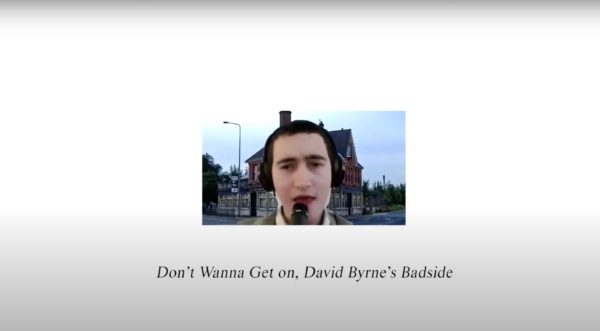 If you’re a neighbor of mine, like it or not, you probably are well familiar with Courting’s “David Byrne’s Badside,” whether you realize it or not. That’s because I’ve been blaring it out of my speakers non-stop since we discovered it.

Today the band released the official music video for the track which features a ton of local pubs as well as the band’s Sean Murphy-O’Neill singing along to the song, with handy lyrics scrolling alongside him.

It’s a simple but effective approach, one that really does let the anthemic power of the song ring true.

Find the music video for “David Byrne’s Badside” available to watch below. And grab the limited 7″ for the track tomorrow on their Bandcamp page.