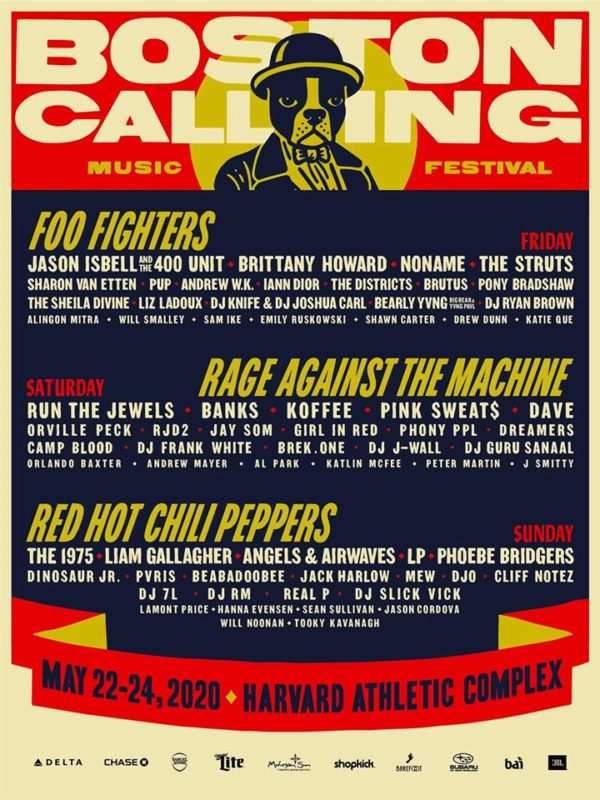 Boston Calling has announced it’s 2020 Lineup and it’s going heavy with the rock and roll, with Rage Against The Machine, Foo Fighters and Red Hot Chili Peppers headlining the three-day fest, which will take place at the Harvard Atheltic Complex from May 22-24.

Tickets for the festival are on sale now and can be bought right here. We hope to see you there!