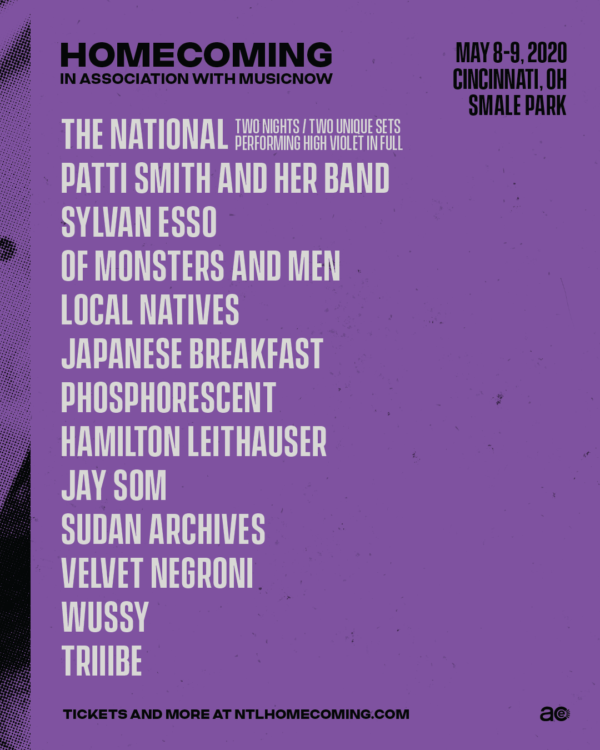 The National’s hometown festival Homecoming will return to Smale Park on the Cincinnati waterfront for its second year after one year off (the first one took place in 2018 – find our coverage here), where the band will play two unique sets including High Violet in full in celebration of its 10th anniversary.

2-day General Admission, VIP, and Platinum tickets for Homecoming will be on sale Friday, November 22, 10:00am EST at ntlhomecoming.com.

Homecoming will run alongside MusicNOW, the renowned contemporary music festival founded by Bryce Dessner in 2006, now in its 14th edition. Taking place at venues throughout downtown Cincinnati, MusicNOW will present separately ticketed late night events on May 8 and 9, and a full program of events on Sunday, May 10. The lineup will be announced shortly, and will feature world-class contemporary classical music and beyond, with special exhibitions and talks throughout the festival weekend. Ticketing details for MusicNOW will be announced shortly.

Stay tune for more on the festival coming very soon.