Edward Norton steps back into the director’s chair for the first time in nearly two decades with his new film Motherless Brooklyn, based on Jonathan Lethem’s 1999 novel of the same name. Although Lethem’s novel is set in modern times, Norton, who also wrote the screenplay, shifts the time period to the 1950s to capture more of a film noir air that he felt Lethem’s dialogue and plot lent themselves to.

Norton also stars in the film as Lionel Essrog, a private investigator with Tourette’s, who works under Frank Minna (Bruce Willis) who acts as a father-figure and has always seen something in Lionel that no one else has. While on a job with fellow P.I. Gilbert (Ethan Suplee), Frank has dealings with shady figures that result in Frank getting shot. Lionel and the rest of the agency – which also features Danny (Dallas Roberts) and Tony (Bobby Cannavale) – are left at their wit’s end to figure out what was so important about Frank’s digging that lead to the shooting.

He takes on the role of Frank, literally donning his very own hat, and embarks on a journey throughout old school New York, slowly trying to piece together this puzzle to do right by Frank one last time. He ends up in worlds typically unfamiliar to him like in a jazz club in Harlem, where he gets involved with the daughter of the club owner, community activist Laura Rose (Guga Mbatha-Raw; Fast Color), which slowly leads him down a path towards the powerful New York urban planner Moses Randolph (Alec Baldwin) and a mysterious man played by Willem Dafoe (The Lighthouse).

Norton’s directorial style rests firmly in the shadows of noir films, embracing the spirit of old school New York with confidence. The essence of this forgotten New York is captured elegantly by cinematographer Dick Pope and features a lovely jazz score by Daniel Pemberton, as well as a haunting new original song from Radiohead’s Thom Yorke, which radiates throughout the film as a character on Lionel’s back. 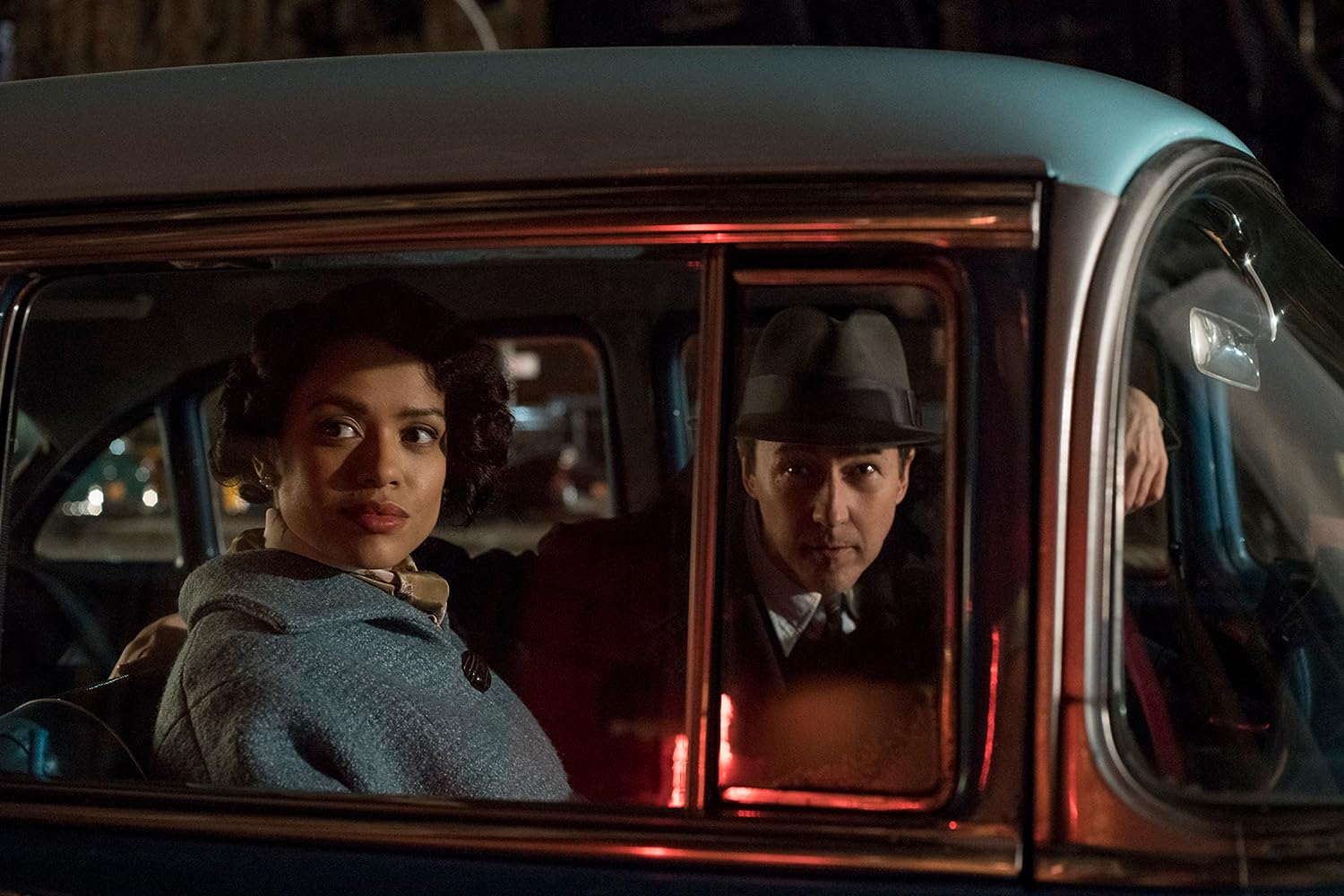 The film is well-made and features a strong well-rounded cast, but never finds a way to tell its story in a clean and effective manner that does enough to make the noir elements feel exciting or new again. It’s a fine tribute but at a hefty runtime of nearly 2-1/2 hours, Norton stretches it all a bit too thin and the overlapping storylines (with some elements, such as the Moses Randolph storyline, which wasn’t in the novel) prevent this from being a leaner and more effective piece of noir storytelling.

Performance-wise, there’s a lot to admire here. Norton is still able to deliver a good performance even while multitasking here, although there are elements of his portrayal of Tourette’s that may play out as unintentionally comedic but may not play out well for certain viewers. He plays well off of Gugu Mbatha-Raw, who has lovely energy on-screen that holds true throughout. Baldwin and Dafoe both make the most of their screentime, capturing the audience’s attention every time they show up, despite the story not always making the most of their characters. It would’ve been nice if the supporting cast – namely Cannavale, Suplee, and Roberts, as well as Leslie Mann (as Frank’s widow, Julia) and Michael K. Williams (a jazz club musician) – got additional screentime.

Motherless Brooklyn has its moments and there are flashes of some strong confident direction from Norton. But it feels more like a tribute to both the novel and classic gumshoe noir films that came before it, rather than a necessary new take that presents it in a more fresh and engaging way that doesn’t feel nearly as essential as it wants to be.