Love and marriage can make and break a human, bringing us undiscovered layers of joy followed by intense heartbreak and pain when you’re not expecting it – levels of hurt you wouldn’t wish on your worst enemy (unless of course, that person is your soon-to-be-divorced ex). Writer-director Noah Baumbach’s masterful Marriage Story comes from his own divorce from Jennifer Jason Leigh and the sense of this coming from a personal place of both tournament, humor and reflection can be felt throughout this indelible screenplay, which has to be the early frontrunner for Best Original Screenplay.

Marriage Story begins with Nicole (Scarlett Johansson) and Charlie (Adam Driver) reading off the character traits and aspects of their significant other that they adore. The trait listing is paired with fragments of their marriage, which serves to introduce the characters, as well as for Baumbach to reverse course and reveal that the lists are a part of an exercise that the two do with a counselor to help the two with their separation from one another. What was once a peaceful and happy union between the two has fragmented into something that is slowly but surely ripping at the seams.

When Baumbach first introduces us to these two, they’re just at the early stages of the proceedings. Reality is starting to set it, but it seems like Charlie is still holding out hope that the marriage can be kept alive, while Nicole is moving far off in the opposite direction – quite literally, as she is leaving the theatre run by Charlie at their New York residence to move to Los Angeles with their young son Henry (Azhy Robertson) so she can begin working on a new TV pilot. This move is symbolic of the true changes that will come in their relationship, mainly that she is bringing Henry to California to live with her mother (Julie Hagerty). 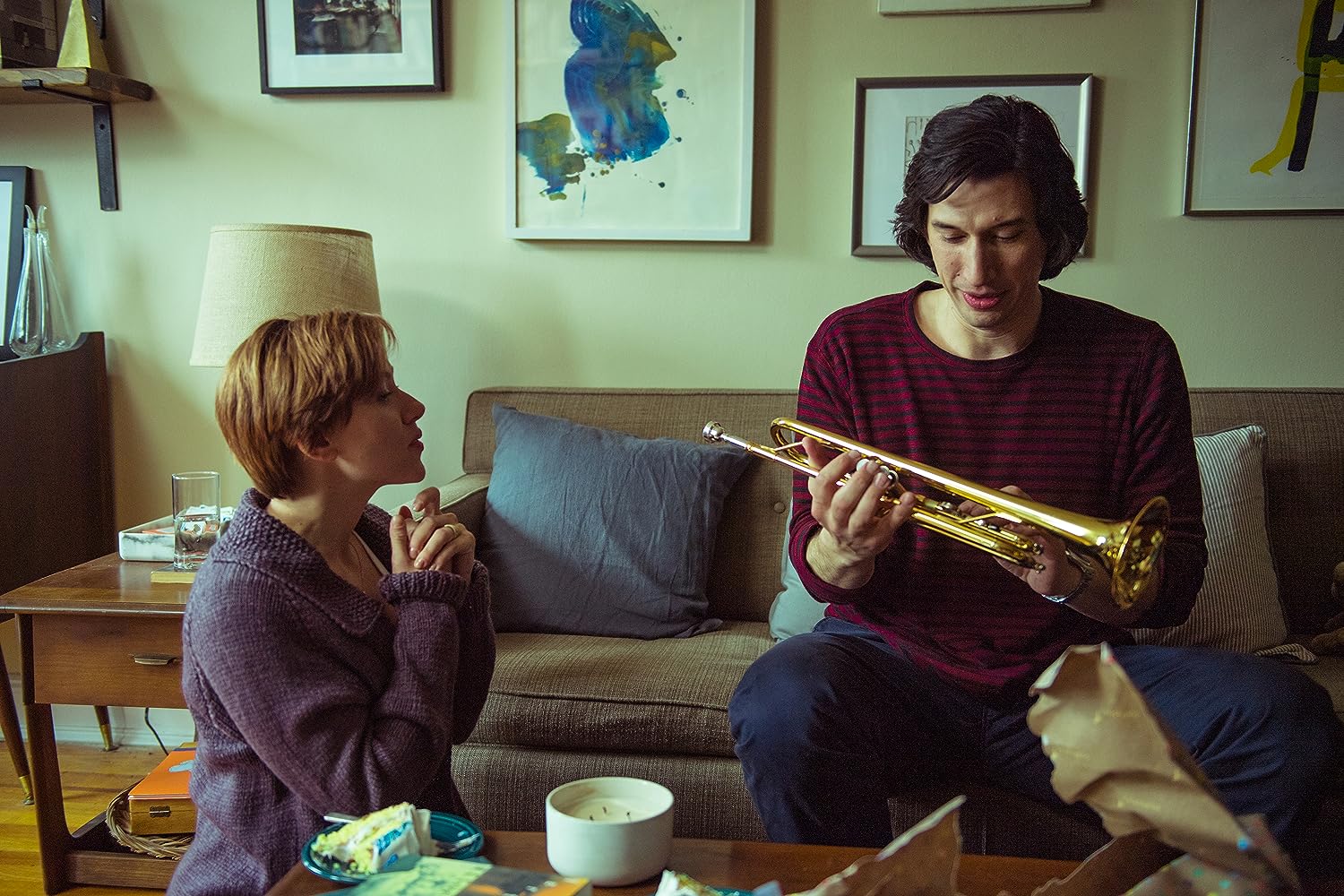 Things take a more ominous shift when Nicole hires the fierce and fiery lawyer Nora (Laura Dern), who is out for blood and looking to get everything she can for her client. This becomes a nightmare for Charlie, who is shocked because of a verbal agreement to keep the divorce as amicable as possible, meaning no lawyers were to get involved in the proceedings. So he’s forced to find a lawyer quick or else he could lose custody of Henry, leaving him to decide between the well-meaning but far too lax Bert (Alan Alda) and the much more fierce and Nora-experienced Jay (Ray Liotta). Things get a lot more expensive for Charlie, both financially and emotionally.

Once the lawyers get involved, the gloves truly come off and this peaceful split becomes anything but that, and we slowly see their marriage and relationship for what it is: many parts toxic and unhealthy, but also a lot of good to be found, and there still is, hidden in-between the newly formed bad blood and hostility. As it usually goes, the big battle becomes over custody of Henry and it’s this aspect of the divorce that causes the most emotionally scarring moments of the proceedings, and the main fighting point for Charlie to do whatever he has to so that Henry will know that he fought for him in one of the most emotional resonating lines of the entire picture.

Baumbach’s rich and intelligent screenplay shines through, with plenty of wit and humor to help equalize all those ugly truths that are put into play in a rollercoaster of devastating emotion. Baumbach delivers these heartbreaking blows in such a way that feels so raw and honest, to the point where you can’t help but shed a tear. But as much as the film breaks your heart, it finds a way to mend it with sublime moments of tenderness and humor. There’s a ton of cleverly delivered humor in both overt and more subtle ways that give it all a necessary balance, equally brought to life by the effective tone set by Randy Newman’s score and Robbie Ryan’s cinematography.

As terrific as this screenplay is, all the praise needs to be shared by the triumphant performances given by our two leads here. Adam Driver and Scarlett Johansson are a match made in heaven on screen, playing off one another so well, both in times of peaceful love and the devastating split that ensues. One particular scene where they finally meet after dealing with courtroom proceedings and let it all hang out in the open is one of the best scenes of the year, featuring plenty of moments for both actors to submit as their Academy Award submission. Johansson gives what is her best performance since 2003’s Lost in Translation while Driver gives the best performance of his entire career, showing equal parts hidden rage and equal parts fear and hopelessness. It’s a performance for the ages and, quite frankly, Best Actor is firmly his to win.

There are two musical moments in the film from both sides of the story that are simply divine, but Driver gives one that acts as the perfect representation for this film, a heartbreaking delight that rings so true it almost hurts. What Baumbach has done here to mend his own personal heartbreak is a thing of natural beauty, the sort of filmmaking that you’re lucky to see come around every so often. While Baumbach has had a steady output as any director of late, after seeing Marriage Story, it’s clear that this is his masterpiece.