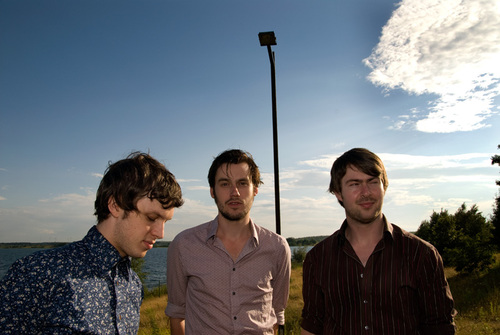 Think back to the year 2008. I’m sure a lot has changed in your life since then. We live in a very different world now, but one constant thread has been the building of the Marvel Cinematic Universe – 21 films released since Iron Man that year that have been leading up to this behemoth of a movie that is Avengers: Endgame. The ambition and scope of the MCU has allowed us to grow up alongside these characters and in this world, making this the epic conclusion to all of what came before. Understandably, there are a lot of weighty expectations.

It’s been a year since the shocking conclusion of Avengers: Infinity War left us hanging, giving us a surprisingly dark cliffhanger that left a lasting impression, even if it obviously wouldn’t have permanent repercussions. But it was the perfect passing of the baton by directors Anthony and Joe Russo (and of course Marvel Entertainment president Kevin Feige) to the finale that we have been waiting 11 years for, whether we knew it at the time or not.

Being “the” movie event of the year, Avengers: Endgame is a tough movie to discuss without divulging something that someone would consider spoilers. So if you don’t want to be spoiled, you should stop right here and check back in with us once you’ve seen it. … Ok, you’ve been officially warned.

The Russos have essentially plotted out a three-act epic. The first hour feels like The Avengers crossed with The Leftovers, with our remaining heroes ruminating on their failures and beating themselves up about it. It’s moody and as dour as it deserves to be, it’s a necessary piece of the Endgame puzzle, as nothing that comes after would work the same without it.

Not long after Thanos’ snap turns half of the universe’s population into dust, the remaining Avengers are left to try and pick up the pieces and find hope where there is none to be found. They seek out Thanos (Josh Brolin) so that they can reverse the snap, but we wouldn’t have a 3-hour spectacle if they are instantly successful.

But the return of the presumed-dead Scott Lang (Paul Rudd) from the Quantum Realm changes things and finds the Avengers essentially embarking on a “Time Heist” of their own to try and course-correct the snap. While the time travel elements and rules are the messiest element of the film – and the most convoluted element yet from this franchise – it’s balanced out by the Russos and returning screenwriters Chris Markus and Stephen McFeely poking fun at the cliched and borrowed time travel elements with plenty of references and the ever-familiar Marvel humor that is firing on all cylinders. It’s also surprising just how much the focus is on the characters and their ruminations on what occurred, rather than just batches of action, which we get very little of in the early portion of the film.

There’s a lot to balance out here and while some elements work smoother than others, it all bridges the gap for the final act, an hour that pays off everything that has come before it in the entirety of the MCU. Whatever issues you may have with the film are completely cast aside during the epic finale that delivers the stuff of fans’ dreams. There are plenty of little callbacks and fan service moments that you’d expect, but they all pertain to the contained story at hand and work handsomely all the same.

Does it all go down pretty much as expected? Probably. But there are also prices to pay, emotional moments that linger a bit more than they would in your normal superhero movie. That’s because this isn’t just another movie. There’s something extra in the air, something unique and special that comes with the territory of what the MCU has been building towards for the past decade and its lasting implications as a result.

As much as there are thunderous moments built for fans to cheer, there are also those moments that will leave a lump stuck in one’s throat and have even the toughest man wiping away tears, and no, it isn’t just because it’s allergy season. As expected, the two standout performances are from both Robert Downey Jr. and Chris Evans, with the latter delivering his best performance not only as Captain America/Steve Rogers to date but of his entire career. He’s come a long way since the days of Fantastic Four.

Much discussion has been about the 3-hour runtime, something that feels overblown for me. I never felt the length at all, aside from a few patches during the middle. Sure, there are undoubtedly elements could’ve been tidied up a bit and some of the time travel elements will work a bit better if you just don’t overthink it, but everything that goes down feels essential to the story. When it comes to the epic battle that undoubtedly awaits, the film soars and triumphs, with the Russos amazingly keeping track of all the players – major and minor – overwhelming the senses and even your emotions in all the ways that you anticipated. There’s initially far less action than viewers are expecting, which allows the big battle to feel justified and earned.

When you really take a step back and think about it, Avengers: Endgame is an event film that is the first of its kind. It nails its ending not only as a standalone (double) feature but as a 22-film epic that says goodbye to the past, while also looking towards the future. It rewards the investment that viewers have made, as well as continued faith. You’ll laugh, you’ll cry, and you’ll cheer, which makes Avengers: Endgame a satisfying conclusion that absolutely sticks the landing.