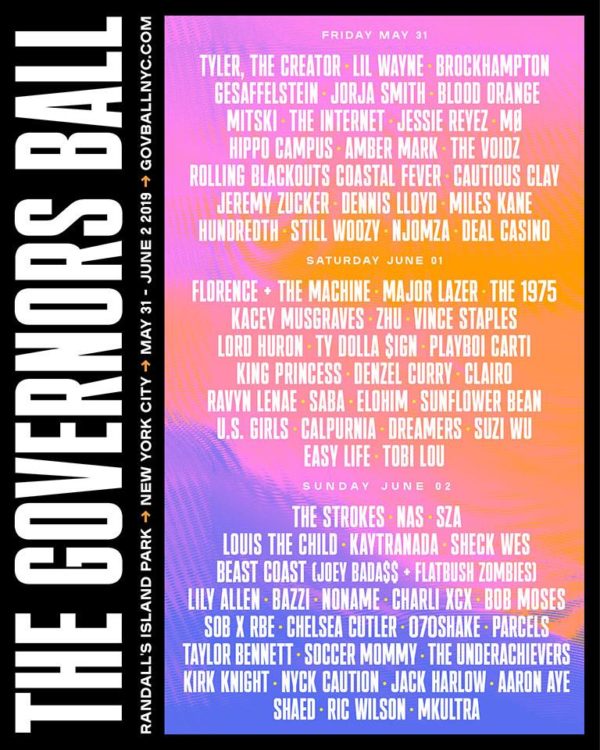 It’s a new year which means one thing: festival announcements are coming a plenty, including the 2019 edition of the Governors Ball Music Festival which will take place from May 31st-June 2 at Randall’s Island Park.

Today the festival not only revealed their 2019 lineup, but also the day by day lineups.

Looking at the lineup, it’s hard not to notice the real shift there is away from the indie rock themed lineup that the fest was originally built around towards more hip-hop and pop oriented acts.

Tickets are currently on sale for the festival, with a 3-Day Passes being sold at special announcement price of $275 available until 11:59pm tonight. After tonight it will go to $305.