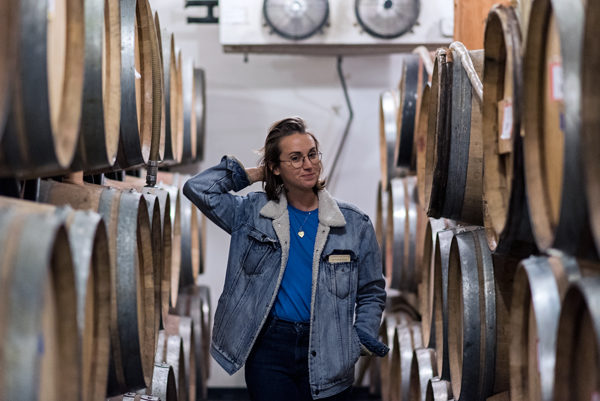 The last time we saw Brooklyn-based singer-songwriter Holly Miranda, she was celebrating the release of her third LP Mutual Horse (released via Dangerbird Records) at the Park Church Co-Op back in March.

Her next headlining show would have taken place in August at The Loft at City Winery, but illness forced that show to be rescheduled for October 25th. Before taking the stage that evening, I briefly had the opportunity to catch up with Holly to discuss topics like the making of her album, her Patreon, and even her plans for the future, among other subjects. Continue below for excerpts from that discussion, Holly’s setlist, and a photo gallery of Holly’s guest-filled performance that evening as well as photos of opening act Tim Mislock.

Holly Miranda on looking back at Mutual Horse nearly 8 months later and whether she would have done anything differently:

“I’m happy right now so I guess I’m happy with how everything happened [with] the final product, the record. I love the album. It’s been sort of a crazy year, you know? My mom passed away a month before the record came out and so I was dedicating the record to her already but not realizing that that was going to happen. I had to go from taking care of her in Detroit for the last three months of her life, straight to promo, which went straight onto tour. So, ‘what would I do differently?’ It’s a heavy question but it is what it is. It’s a heavy record.”

On the album’s final track listing:

“I went into the studio with, I think, 34 songs. We recorded the main chunk of it in LA at Dangerbird Studios. We tracked basics, like basic drums, on 23 songs in five days then sent the rhythm section home. And then we brought out Maria [Eisen], who plays bari sax, and Jared Samuel, who plays a bunch of stuff. By that time, we whittled it down to 18 songs that we were focusing on. I think there were still a couple [songs] that didn’t make it on [the album] that were finished. It was like 20 songs that I’ve totally forgotten about.”

On the many collaborations on the album:

“I’ve always had a really hard time writing with other people and I think because when i started making music, it was like my therapeutic thing for myself that I did. And then when I signed with publishers and they wanted to send me on writing trips in LA, it felt very strange to me because [songwriting] is the most personal thing that I could possibly say and I don’t know how to bounce it off of this stranger, like a producer, you know what I mean? So I sort of had to find my way through that to figure out that I could write with other people. I just needed to know them. I ended up writing with my friends a lot.”

“Kyp Malone, we wrote ‘Exquisite’ together. My friend, Kirby [Jim] Fairchild, who plays in Modest Mouse and is like the founder of Grandaddy, we met each other in this weird way and wound up writing four songs together that were on the record. And Shara Nova, and Josh Werner, who plays bass with me, so everybody that I wrote with were already people that were in my world. That made it that we could still say something that was intimate and not have it be fake, or feel fake. By the transient nature of the fact that I was writing all these songs with other people, bringing everybody in to really collaborate on the recording side of it felt like a natural progression.”

On the Kyp Malone-directed video for “Exquisite”:

“I gave him full creative control of that. He came over to my apartment and shot some stuff of me singing. He did all the animation. He did all that, I think, on his phone or his tablet.”

“Outside of social media I have a Patreon page; it’s even more personal and [subscribers] get things that nobody else sort of gets and I like doing that because there I don’t feel like it’s possible to really overshare because we’re all sort of on the same little page.”

“It’s sort of an experiment and I’ve been doing it just over a year. What I said is, I’m gonna try this for a year and see how it feels… I like the connection with the fans and, because independent arts are so incredibly unstable and having a career in the arts is pretty difficult, I feel like people also want to directly support things that they’re in tune with and that they care about. It’s definitely beneficial for me and it feels like it’s also beneficial [for subscribers]. It just feels so good not to be signing up for Spotify. I see those residual checks which are, you know, miniscule (laughs).”

“I do a monthly cover video and now I’m doing a podcast. Every other month I send out postcards. They’re very little weird things that I would enjoy drawing on. A dozen postcards every other month and mailing them on tour. It’s been nice. There are people all over the world that we mail postcards back and forth to each other.”

On her cover song repertoire:

“I think covering songs was how I learned to play guitar. I taught myself guitar learning just covers and then that’s also how I started to learn songwriting. I feel like it’s such a challenge to try and take someone else’s song and make it your own but in doing so, you also learn a little piece of how they constructed that song. And I just find it fun. It’s really just what I do for fun. There’s probably just twice as many [cover songs] as are on the internet [where] I’ve just sat in someone’s kitchen and been like, “Pick a song. Let’s try to learn that!”

On her favorite current musicians:

“Tim Mislock, he’s playing tonight. He’s one of my favorites.”

“I just saw Ani DiFranco a couple weeks ago. I fuckin’ love Ani. That was amazing.”

“Richard Reed Parry [of Arcade Fire] just made a record of quiet songs that is so beautiful.”

“His girlfriend, Laurel, is a good friend of mine. Little Scream is just one of my favorite bands ever.”

“Gracie and Rachel are doing some cool stuff. They just put together a video and wrote a song about Dr. [Christine Blasey] Ford’s testimony and released it the next week. It’s all an homage to women. It’s pretty cool.”

“And Ambrosia Parsley. She’s putting out a two-song EP, one of which we co-wrote and co-produced.”

On her favorite sandwich:

“I have my own sandwich at a deli in Greenpoint on Franklin and India St. and I think it might still be on the wall. It’s called ‘The Miranda’ and it’s honey turkey, a pepper jack cheese, jalapenos, avocado, dijon mustard and… sourdough bread. You want it toasted. Toasted sourdough.”

On her future plans:

“Personal plans? Gonna play a show tonight. I’m going to Europe. I open tour starting in Vienna on November 22nd and I’ll be in Austria, Portugal, Spain, and maybe Ireland. And then, I think I’m gonna go to school, yeah. I’m gonna go to a sound healing school in San Francisco for a few months and learn about frequencies, chakras, bowls, forks, and measuring voices and incorporate that into what I do, I guess (laughs).” 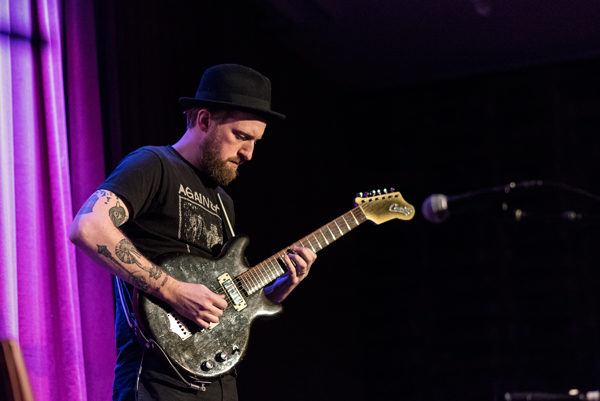 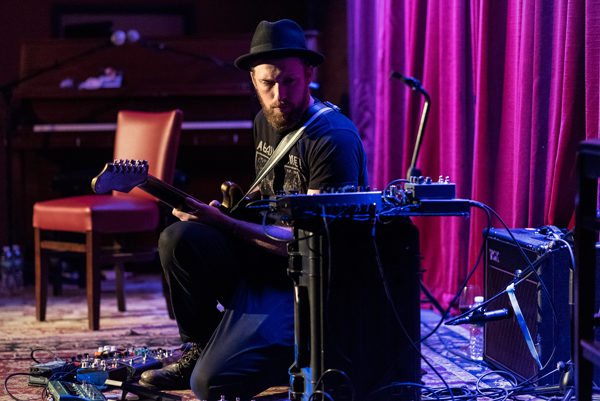 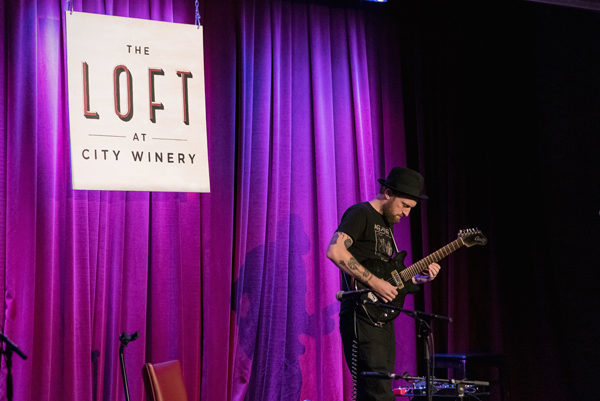 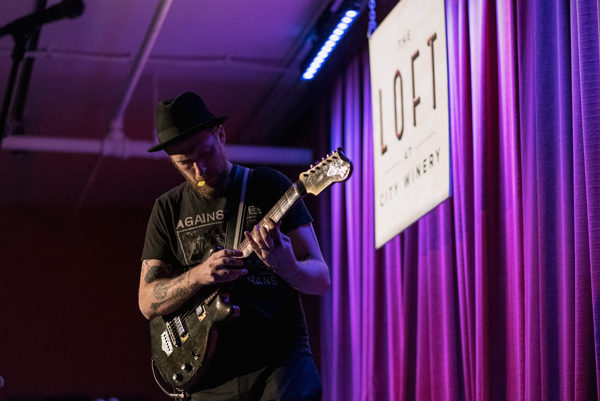 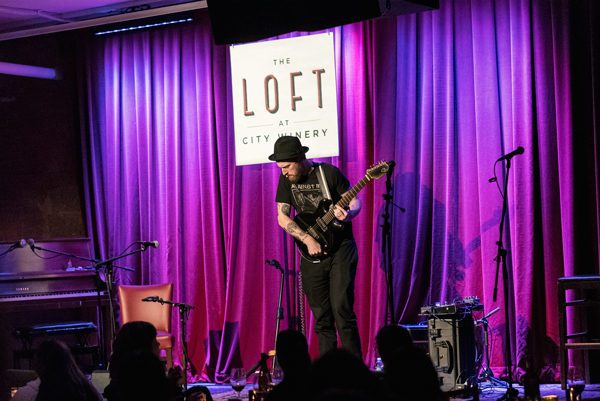 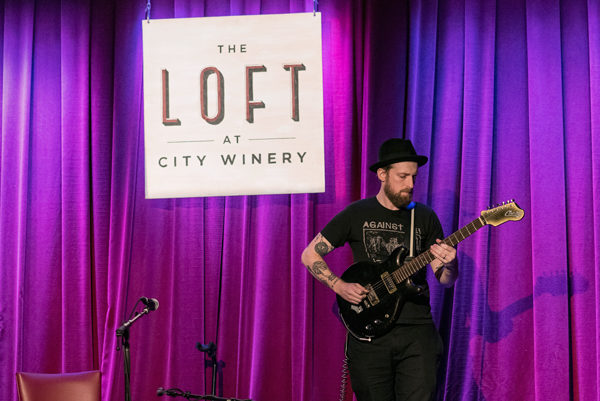 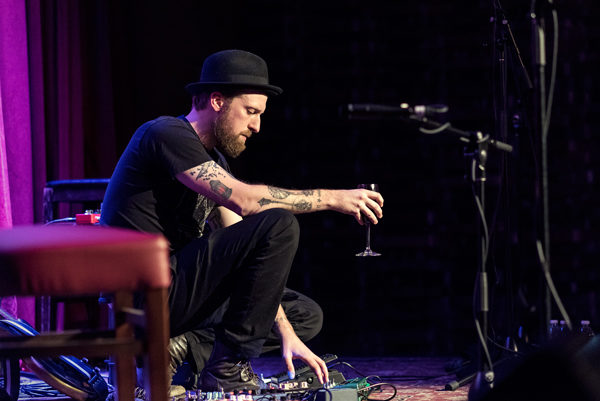 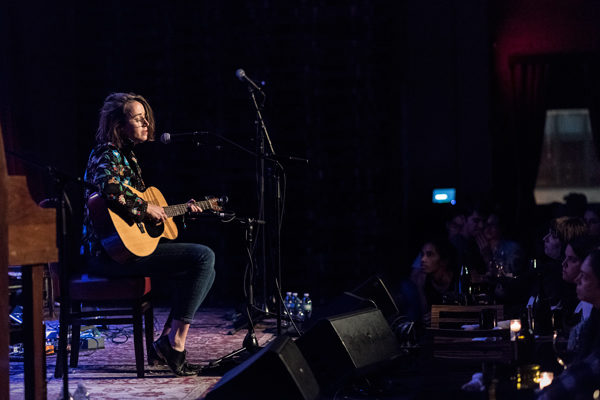 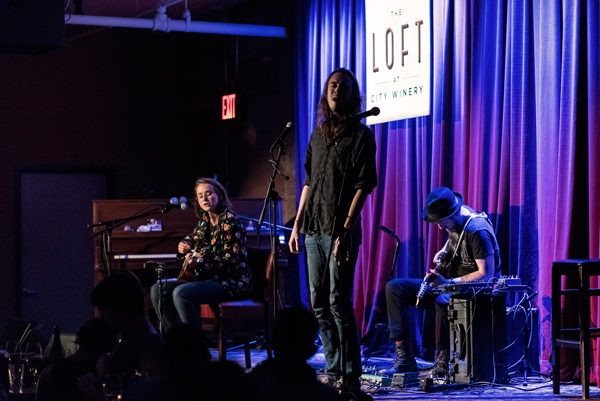 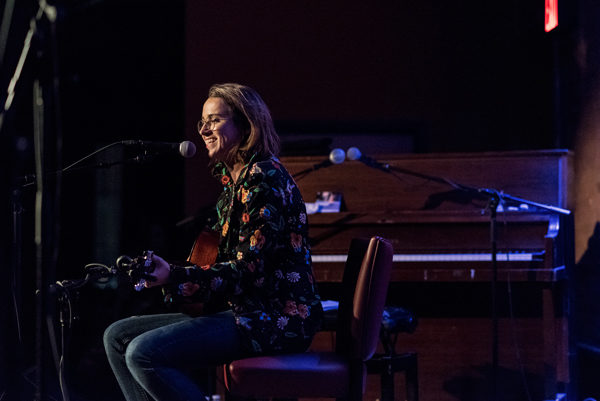 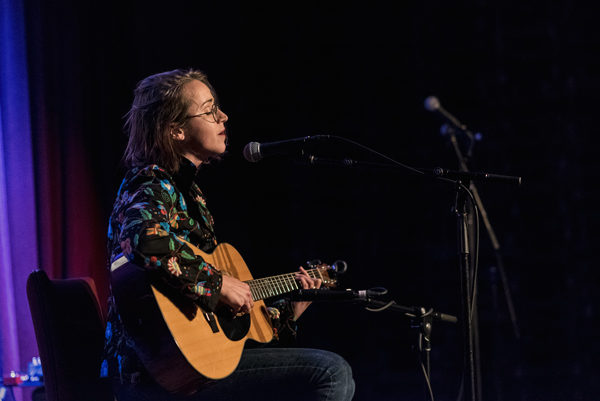 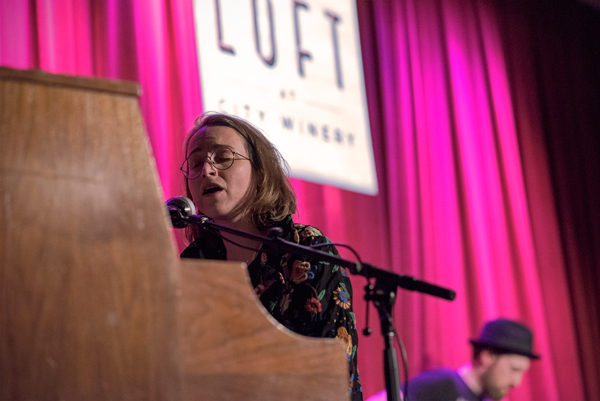 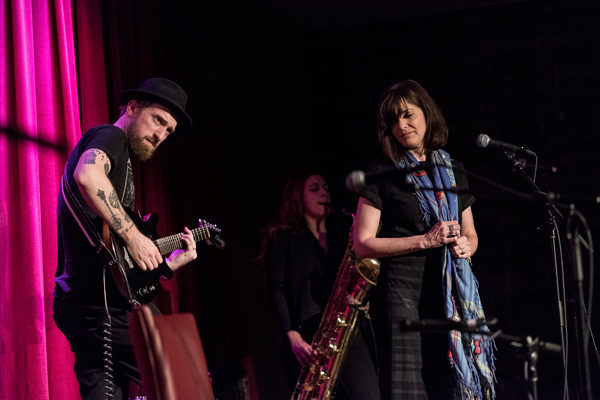 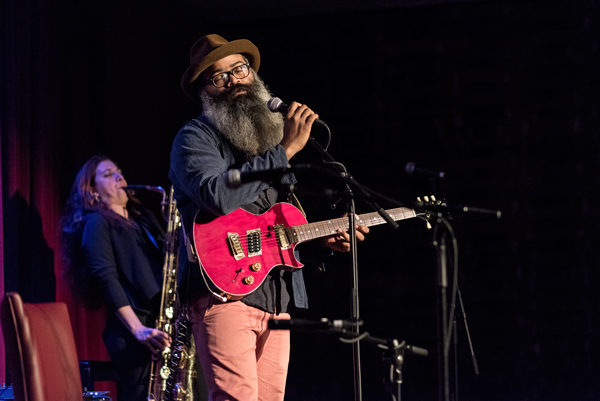 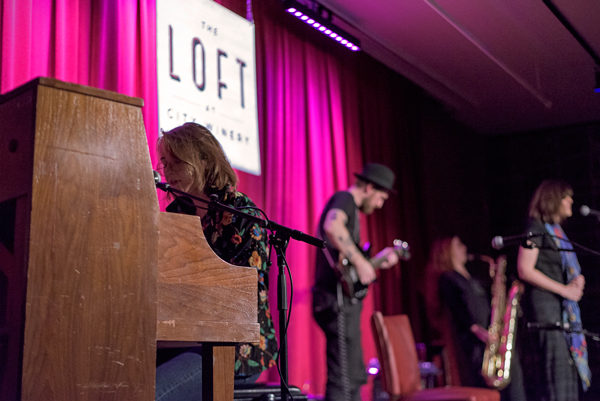 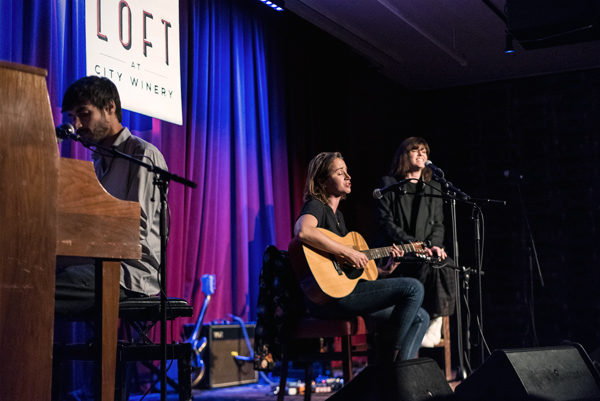 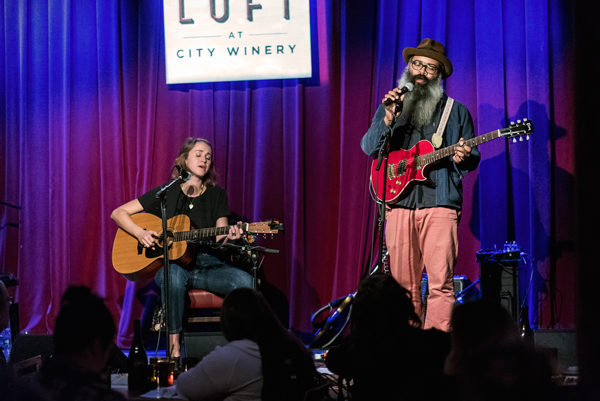 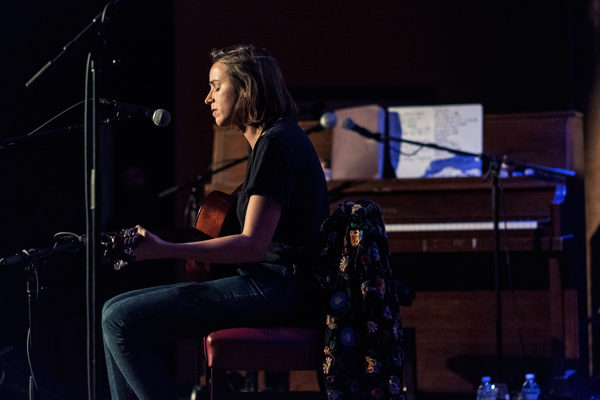 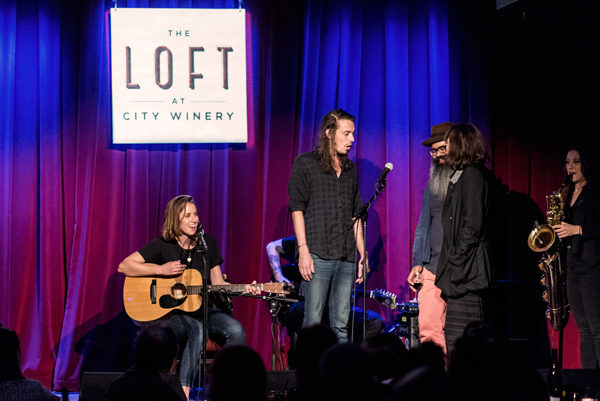 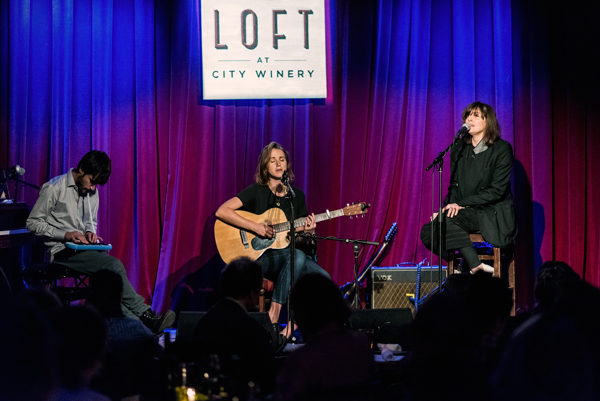 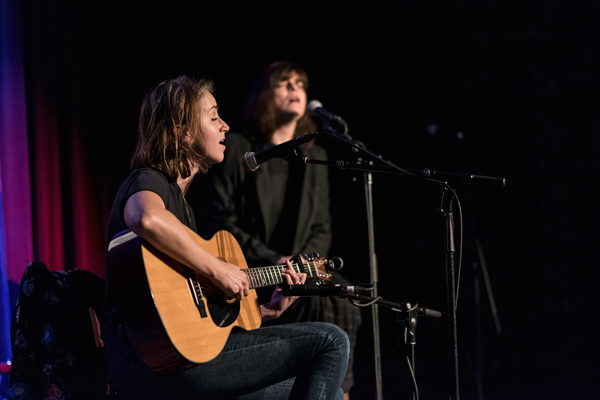 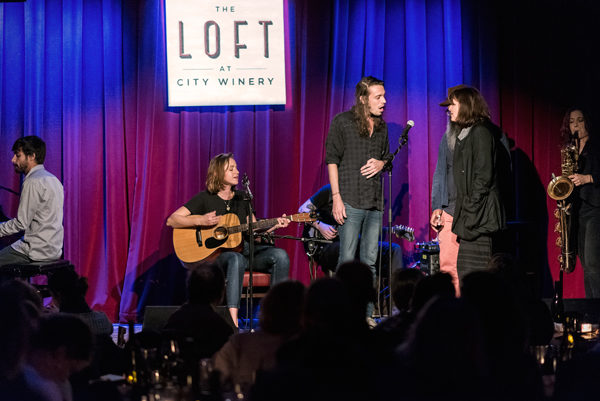 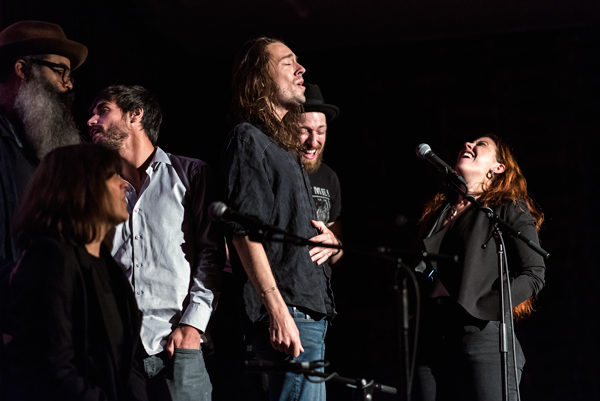