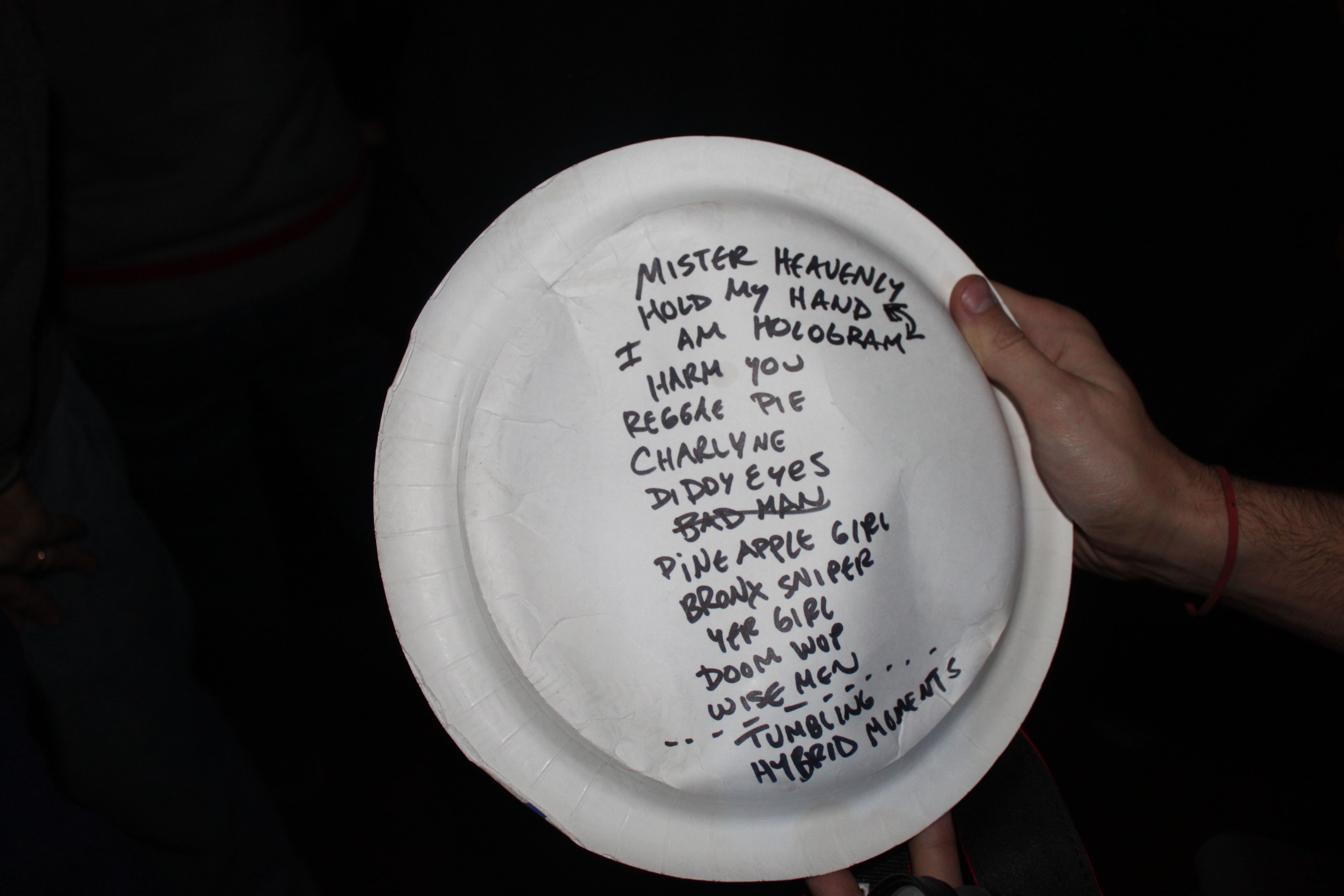 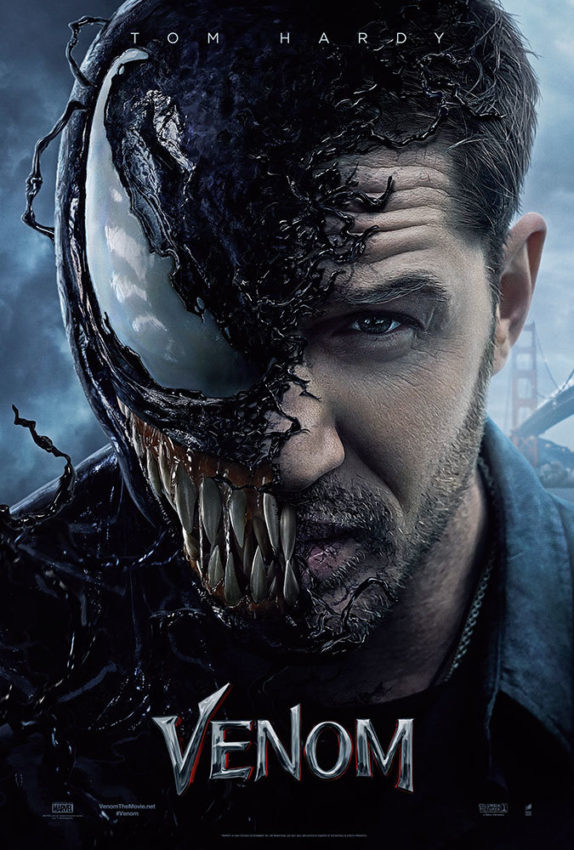 The Sam Raimi Spider-Man trilogy of the early/mid-2000s brought audiences the first big-screen look at the symbiote known as Venom – albeit a little squeezed into the film and underutilized. Now, given the success of the Marvel Cinematic Universe and the Sony-Marvel co-produced Spider-Man: Homecoming, Venom has been resurrected from development hell and given new life.

Instead of Topher Grace as Daily Bugle reporter Eddie Brock, we now get Tom Hardy (who already has had his share of franchise films – namely The Dark Knight Rises and Fury Road) as MNBN investigative TV reporter Eddie Brock based out of San Francisco and reporting on the underserved, overlooked, and victimized (the plight of the homeless, industrial malfeasance, and the like) in the self-titled Eddie Brock Report segment. When he gets a little too eager to dig his teeth into the Elon Musk-y Life Foundation founder Carlton Drake’s (Riz Ahmed) unethical medical testing practices, he jeopardizes both his career and his lawyer fianceé Anne Weying’s (Michelle Williams – more tolerable than in this year’s I Feel Pretty but not as good as she was in All The Money in the World). 6 months later, a down-in-the-dumps Eddie is tracked down by Life Foundation researcher/scientist Dr. Dora Skirth (Jenny Slate), who wants him to expose the shady human trial testing Drake is doing with 3 alien symbiotes recovered 6 months prior from the LF-1 exploratory spacecraft that crashed in Malaysia (with the 4th, Riot, escaping and body-hopping its way to San Francisco). Eddie’s lab investigation brings him into contact with the symbiote known as Venom via an infected homeless woman he knew, changing his life forever.

As both a film and continuation/start of Sony’s Spidey-Marvel franchise, Venom is a predictable mid-2000s superhero film. There’s no risk and little tension, as Sony clearly has franchise plans and can’t kill off Eddie or Venom in the first movie. Most of the characters are flat – from Eddie’s boss (This Is Us, Mr. Robot & Luke Cage‘s Ron Cephas Jones) to Anne’s new doctor boyfriend Dan (Reid Scott) to even Anne and Drake. There’s also no tangible or tangential Spider-Man connection within Venom to tie it to something larger – apart from a passing astronaut name in the credits, the mid-credit scene that hints at a sequel, and the post-credit scene that winks at the animated Sony Spider-Verse film as blatantly as the First Purge post-credit stinger promoting USA Network’s The Purge event miniseries.

From a technical standpoint, Venom is just alright. It’s composer Ludwig Gorannson’s 3rd film of the year, after the stand-out Black Panther score and the run-of-the-mill Death Wish score, and there’s a noticeable minor cue from time to time in Venom, but nothing stands out. Matthew Libatique, a regular Darren Aronofsky collaborator, is the DP, but it doesn’t show. There are no long single takes that stand out, unlike a number of moments in Black Swan and mother! that come to mind. Hell, when it gets to the CG-fest of a final fight between Venom and Riot (the bossier and only other visible symbiote), it looks generic. The night shoots and brightly lit hospital scenes don’t help. As for Fleischer’s directing and the script from co-writers Jeff Pinker (who also worked on last year’s lackluster Dark Tower adaptation), Scott Rosenberg, and Kelly Marcel, there’s nothing that really pops. With Zombieland, Fleischer was aided by Deadpool scribes Rhett Reese and Paul Wernick’s darkly comic script and Jesse Eisenberg’s narration. Here, the writing from Jumanji: Welcome to the Jungle co-scribes Pinker and Rosenberg and 50 Shades adapter Marcel follows familiar superpowered story tropes with a little rom-com angle tossed in, but doesn’t differentiate itself from everything that’s been done before.

However, there’s some inherent enjoyment. Venom, despite being rated PG-13 instead of R as some were hoping, is relatively bloodless and isn’t reliant on city-destroying fights. There’s a slightly pervading yet inconsistent darker sense of humor, more from some post-symbiote-bonding hijinks and assorted quips throughout the film. The scenes where Venom controls Eddie’s actions (and the eventual fight scenes) are fun to watch, but they’re not as uniquely or innovatively shot and choreographed as similar fight scenes in this summer’s Upgrade. There are also a few moments that’ll please long-time fans of Venom – one in the third act, another in the aforementioned mid-credit scene … and a Stan Lee cameo. It’s not a Marvel movie without a Stan Lee cameo.

So Venom, while not the strongest Sony outing of a Marvel property, does the character some justice but underwhelms in the age of superhero franchises. It could have been better, but the signs of a potential sequel (given the $80+ million opening weekend domestic box office earnings and mid-credit scene) could bode well for a better film in the next few years.