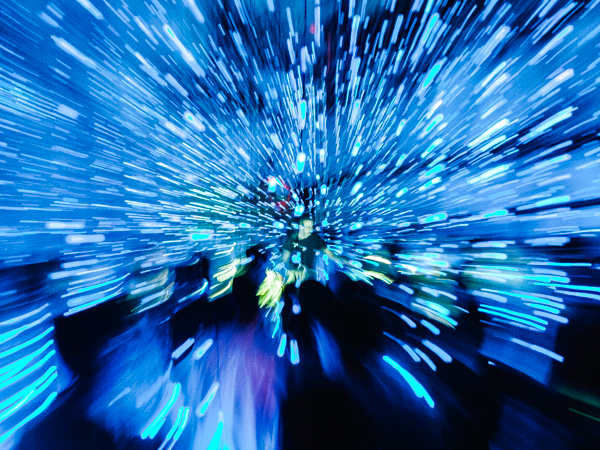 On the eve of a major snowstorm in late March, Four Tet brought the heat to a sold out crowd in Brooklyn at National Sawdust.  Four Tet is the project of Kieran Hebden, currently out on the road in support of his newest album New Energy (released in 2017 via Text Records). This most recent run of shows not only brought an intimate setting for Hebden, but it also saw one of the most awe-inspiring touring rigs I’ve seen in a long, long time.

This small run of shows was not only an intimate venue tour but also a tour with a fully immersive 360º sound that was synched up to a matching light show. The massive immersive sound rig consisted of at least an eight-speaker array above the crowd pointing down (with at least one subwoofer), two massive speakers to the left and right of the stage (facing in towards Hebden) as well as speakers on stands in the corners of the venue pointing in towards center stage which fully engulfed the crowd in sound.

The true MVP of this show has to go to Squid Soup, the production company behind the insane light show that was synched up to Hebden’s set. The lights were round LED bulbs that were strung down from the top of the rig itself, with I don’t know… let’s say at least 100 strands (or more). Each individual strand went from the ceiling to the floor and would blink in a pre-designed sequence to match the song that was playing. This wasn’t just a show in a typical sense, this was an awe-inspiring, immersive sonic masterpiece that needed to be experienced to truly grasp how masterful it all was. Taking one step into the array of lights in combination with the sound system, it was very easy to get lost in the whole thing. 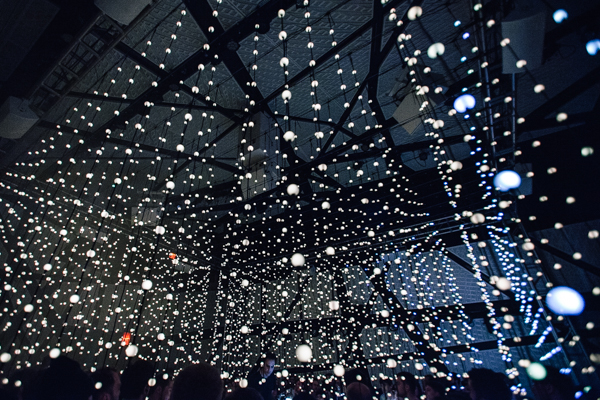 The majority of Hebden’s set consisted of material off of New Energy, but it also brought out some classics like “Morning Side,” and “Locked” but for me, the highlight was “Parallel Jalebi” of 2013’s Beautiful Rewind. This was the first song during the set where the full rig began to show off what it was capable of and there was a cluster of bulbs that went from left to right, up and down and everywhere in between. It would light in sequential order up, then down then the entire thing would light up. It was beyond impressive and I couldn’t have pictured the show going down in a more perfect venue with the futuristic National Sawdust set as the backdrop.

When I when got to the venue I was also told the set would be over at 11 pm, which was worrisome due to the fact that at 10:45 the fire alarm went off (due to the fog from the fog machine) which prompted a very quick evacuation of the entire venue out to Wythe. Outside, cold, and confused, all the Four Tet fans stood around wondering what was going to happen – would the set continue, or would it be over?  Considering this was a five-night run, the consensus was that it would be over but thankfully the coast was clear around 10:55 and the let everyone back into the venue.  To our surprise, they allowed Hebden to finish his set (and run over the 11 pm original curfew) which made the show that much more special. 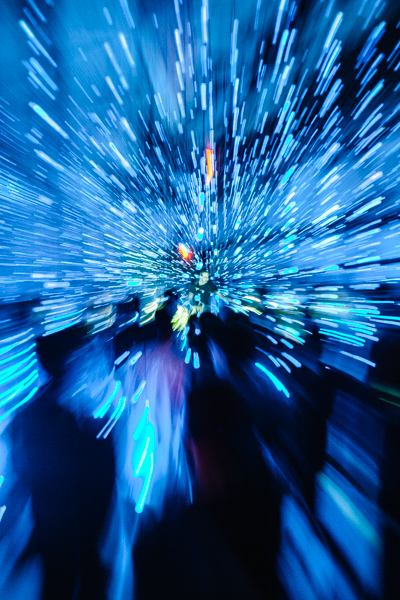 Unfortunately, this touring rig was only used for the first part of this most recent tour, but let’s hope Hebden brings it back for another run of shows sometime in the future as this is something that everyone should experience and see first hand (even if you aren’t a fan of electronic music).

For more photos, see below: 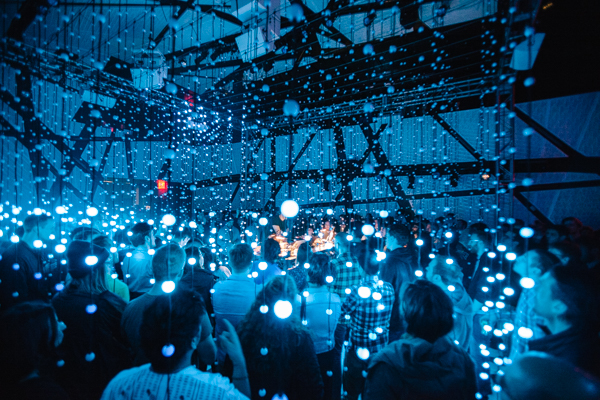 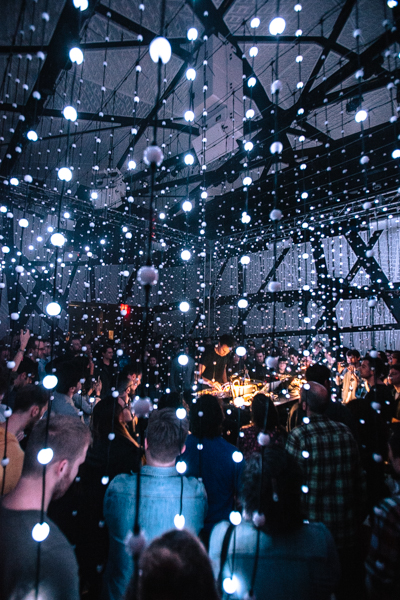 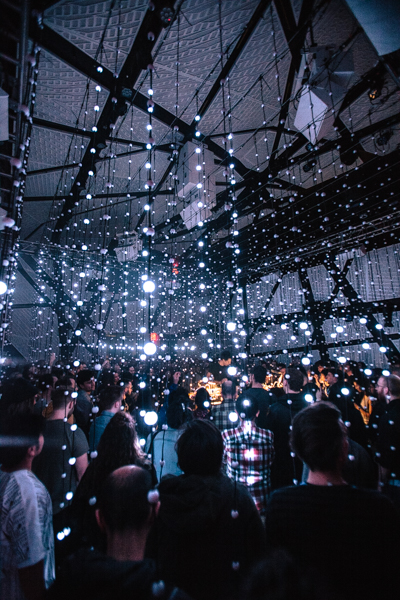 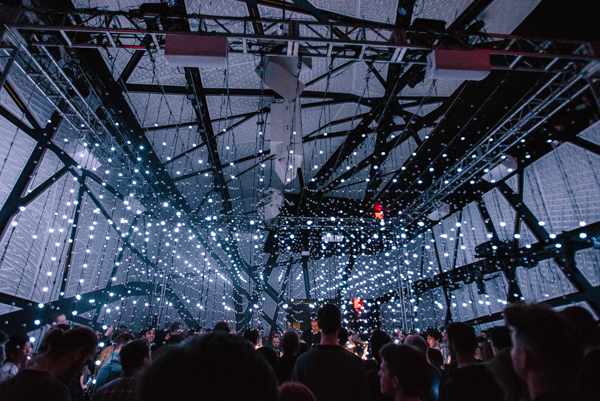 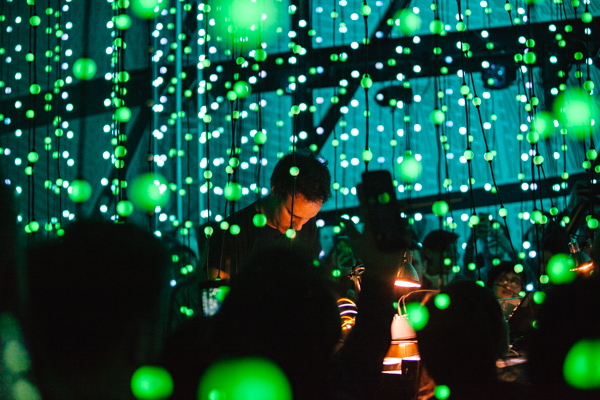 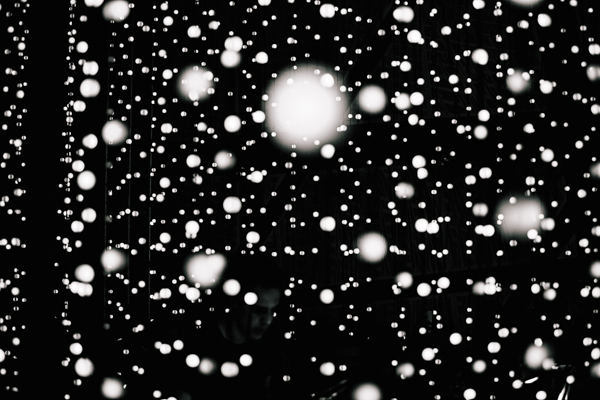 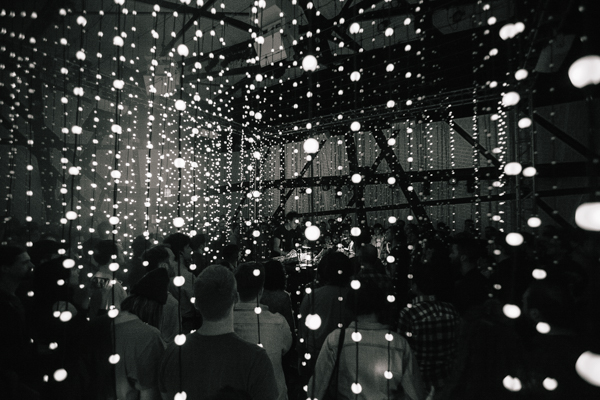 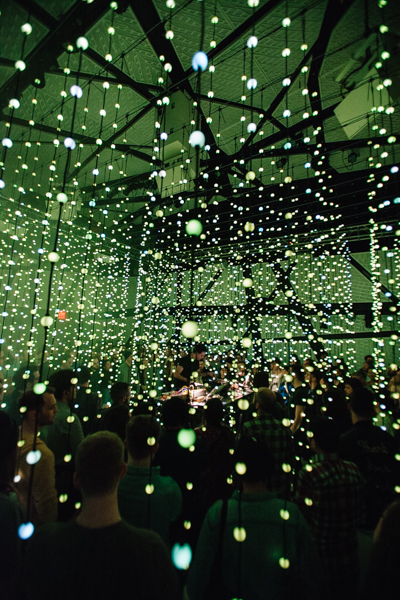 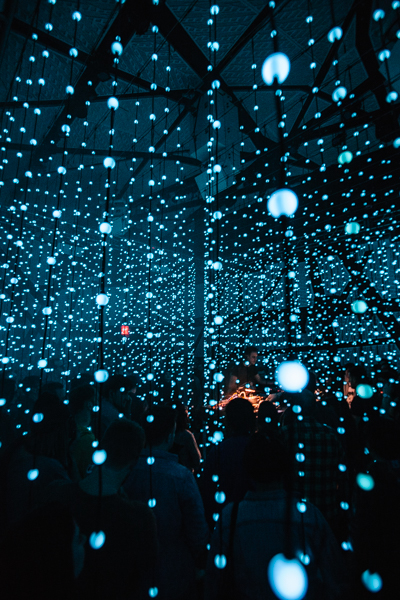 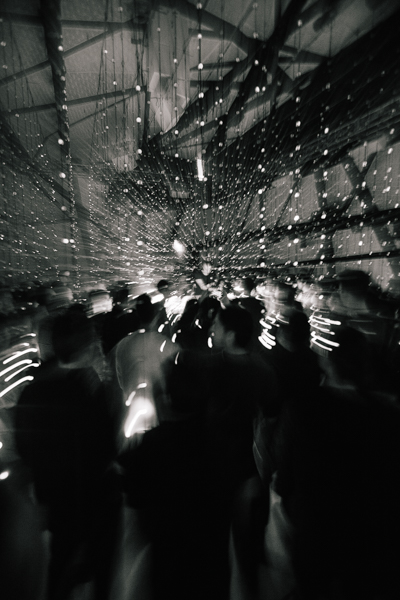 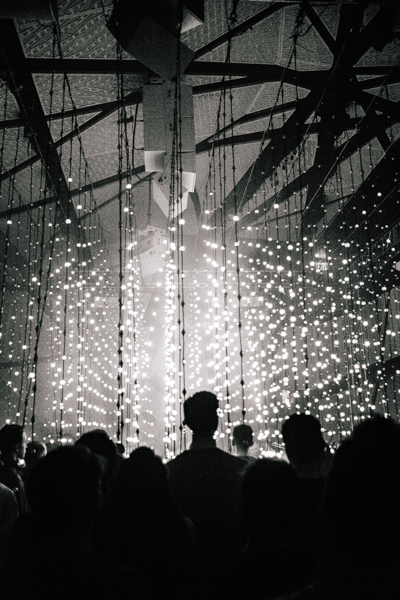 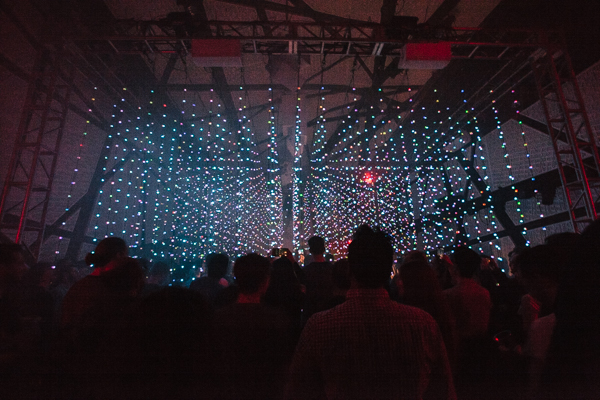 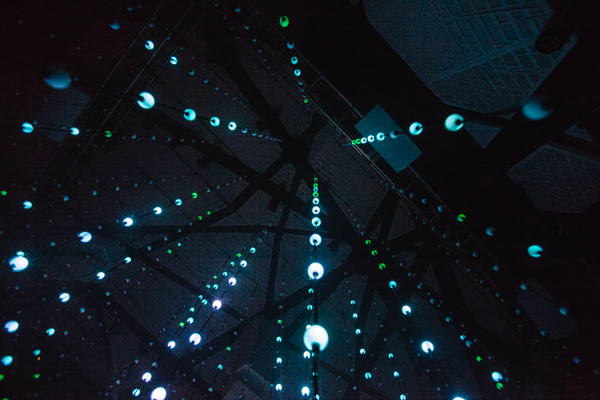 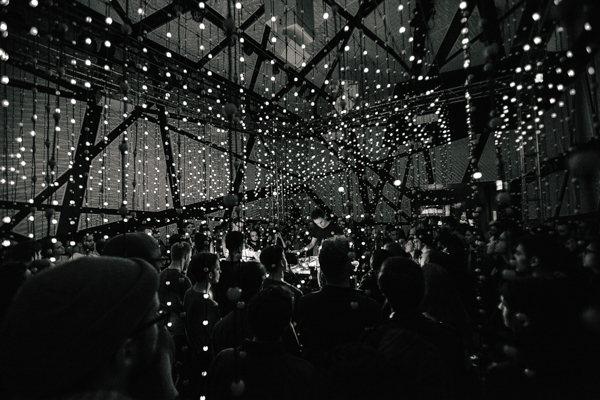