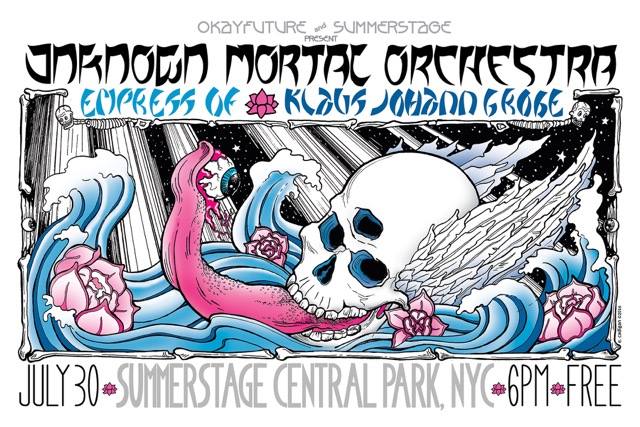 If Ruban Nielson and his fantastic genre-defying band Unknown Mortal Orchestra are playing live in New York, you can bet on me being in attendance. The band seem to find new avenues and sounds on every album, and expand upon them even further during their exciting live shows. They’re performance at Irving Plaza earlier this year was an early highlight during the first quarter of the year.

They’re still hard at working touring last year’s Multi-Love (released via Jagjaguwar), and return to us in New York for a free performance tomorrow evening at Central Park Summerstage. As if they aren’t enough of a draw, we also get opening sets from Empress Of and Klaus Johann Grobe. It will be a great night for music of all different sorts of genres, now lets hope the weather holds out for us.