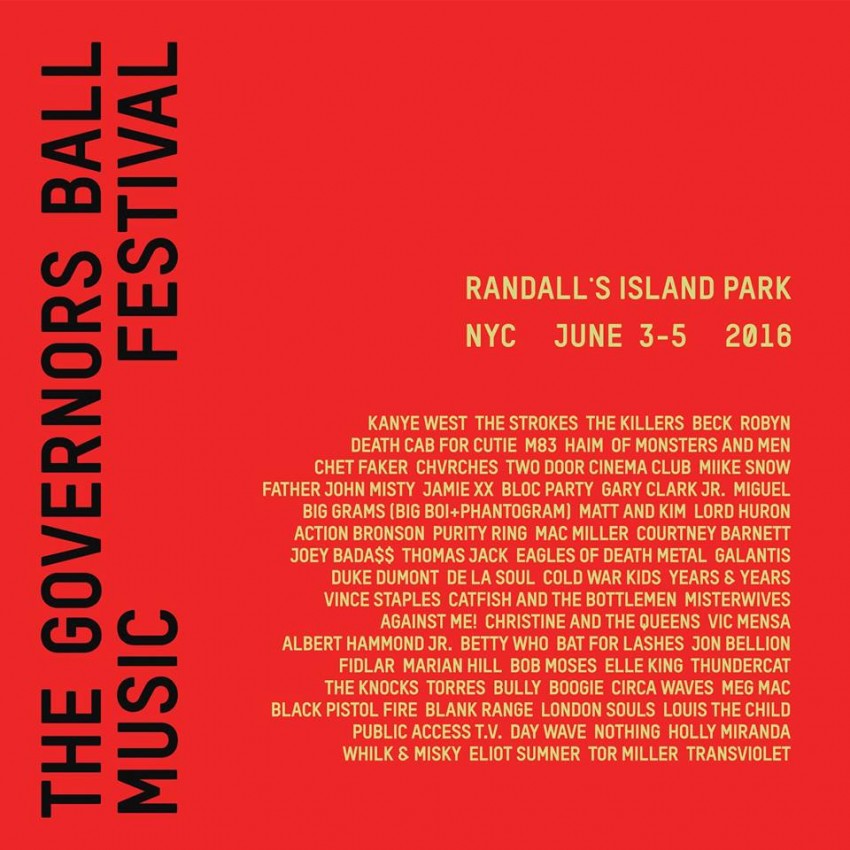 It’s that time of year again already, the lineup for this years edition of our hometown festival Governors Ball is here. The festival will return to the comforts of Randall’s Island during the weekend of June 3-5, as usual.

This year sees a bunch of old Governors Ball favorites returning to headline the fest. Returning for the 2016 edition of the festival is Kanye West, The Strokes and Beck. Also joining them this year are The Killers, Robyn, Death Cab for Cutie, M83, Haim, Of Monsters and Men, and CHVRCHES.

We have covered the festival for the past four years, and are looking forward to our fifth year back on Randall’s Island taking in some great sights and sounds once again. Summer can’t get here soon enough.

Tickets for the festival are on sale now at the Governors Ball website, and you can find our coverage of last year’s edition of the festival here.