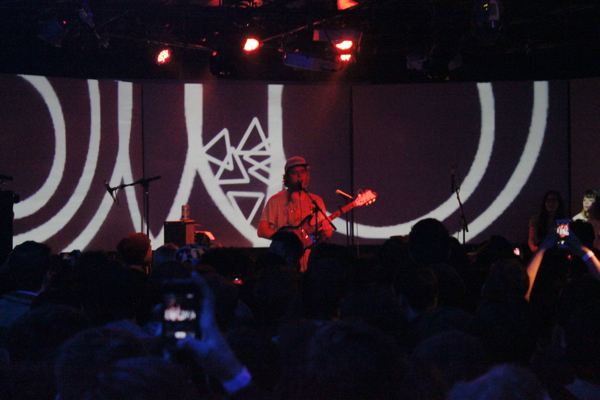 On Friday night, Mac DeMarco did a special solo set at Brooklyn Night Bazaar. He has a new album on the way, which is reportedly called Salad Days.

He played a loose set that including many tracks from II as well as material from his old project Makeout Videotape. He found plenty of time to play a bunch of new tracks, some of which I was able to record for you guys. The quality isn’t great or anything as the venue is more of a nightclub flea market, so there’s plenty of talking. Plus I wasn’t that close. But, it’s better than nothing. I only caught the title of song #3, which is “Go Easy.”

Check out the three videos below.