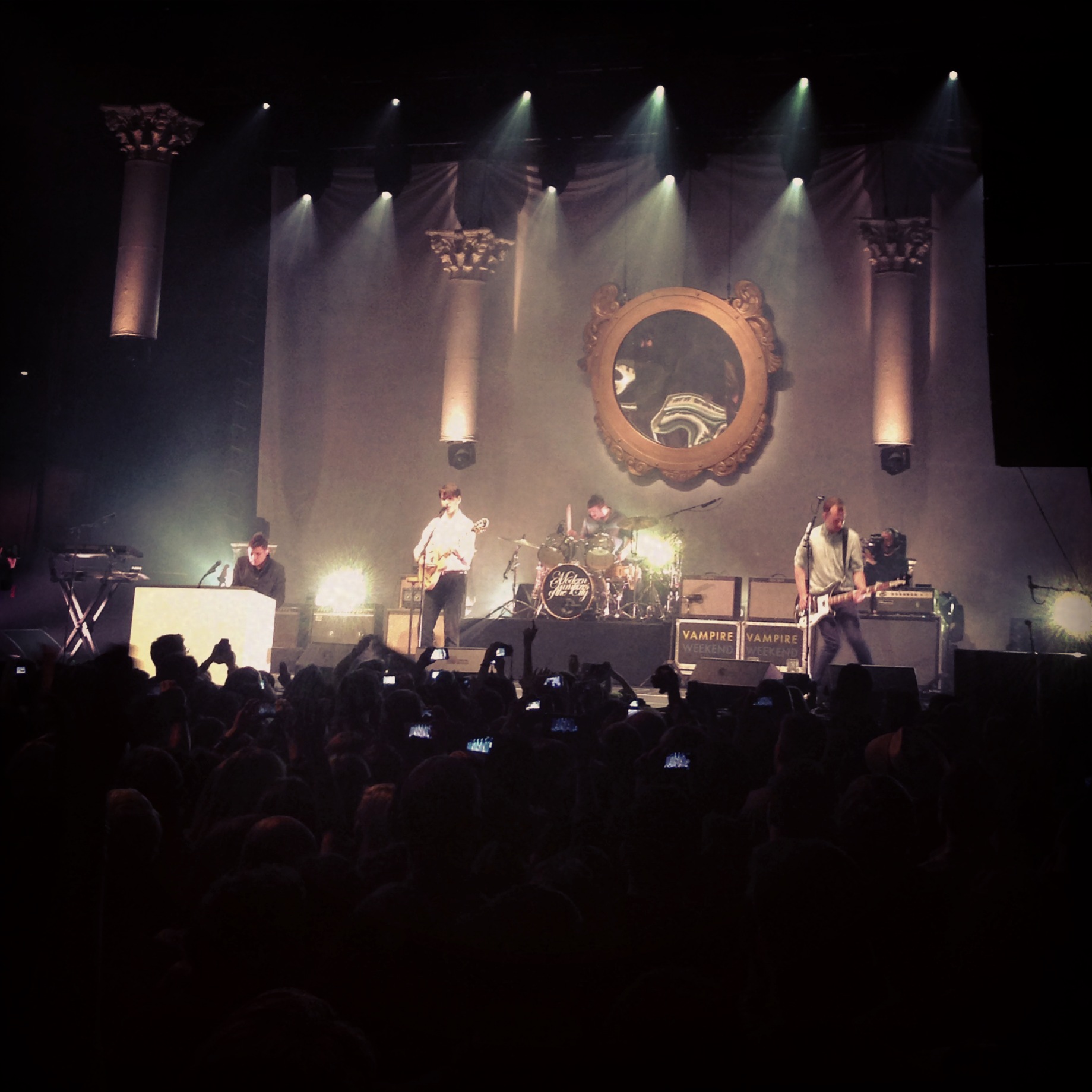 Seeing Vampire Weekend at Roseland Ballroom last night was a special occasion in more ways than one. It was their official live return to NYC, Steve Buscemi directed the live broadcast (which you can watch here), it was the last time we would get to see them at a (relatively) intimate venue in New York City. This last part is especially true, as a September 20 date at Barclays has just been secured.

Gone are they days where you could walk up to the Bowery Ballroom and run into the band outside of the show. Vampire Weekend have hit the big glorious big time, and have become one of the biggest bands on the planet right now. They packed in the Roseland Ballroom with ease, and played a solid set for about 90 minutes. They even got Fred Armisen to open for them, playing a short set of fake-British tunes under the moniker Ian Rubbish, many which were used on a recent SNL skit.

Vampire Weekened erupted out of the gate with a ode to the past (“Cousins”, “White Sky”, “Cape Cod Kwassa Kwassa”, “I Stand Corrected”), before deputing the only tracks officially released from new album Modern Vampires Of The City, “Diane Young” & “Step,” the latter which astonished and shined bright live, truly one of the best things that the band have done to date. We also got the now familiar “Unbelievers” & “Ya Hey”, as well as the live debuts of two new songs: “Everylasting Arms” & “Obvious Bicycle.” They were well balanced breathers that had a nice Paul Simon air to them. I’m excited to hear them in the album’s context.

But what they did play, they hammered home. “Campus” pounded with sun-inspired glory, “Oxford Comma”, “One (Blake’s Got A New Face)”, “Diplomat’s Son” all were delivered with precision, with “Giving Up The Gun” appropriately rounding out the end of the regular set. The highlight had to be “A-Punk” which saw Steve Buscemi come out to help out on vocals at the end. Doubt we will get to see that again.

With a catalogue of songs that could sell for a greatest hits collection, I can only imagine how hard it was for the band to narrow down what to play, while also leaving room for some new songs. It’s hard to swallow them not playing “Mansard Roof” and “M79”, and the omission of “Ladies Of Cambridge” always stings my heart, as it was once a staple of their early setlists. But they held true to their roots with the encore finishing performance of “Walcott” that felt perfectly appropriate, ending their shows as they used to. The song still kicks all kinds of ass live, sounding just as epic as it did 5 years ago.