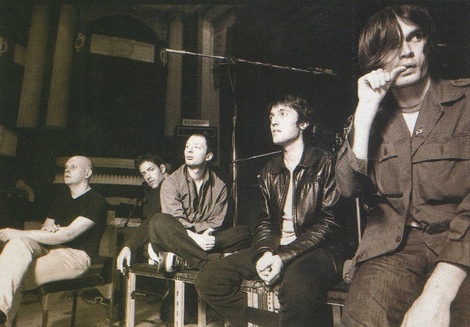 According to This Is Fake DIY,Â  Gilles Peterson made a comment during the Worldwide Awards on BBC Radio 1, about Radiohead possibly completing the recording of their new album. Here is the exact quote:

I think weâ€™re just lucky that Radiohead are having some free time at the moment. And Thom was just hanging out. He enjoyed himself. And thereâ€™s a new Radiohead album if youâ€™re wondering. Just done I believe.

Given, this is all speculation. Who knows how reliable his quote is. It may be wishful thinking, but one can hope that a new Radiohead album is on the horizon, right?

Thanks to Brendan Frank for the tip.