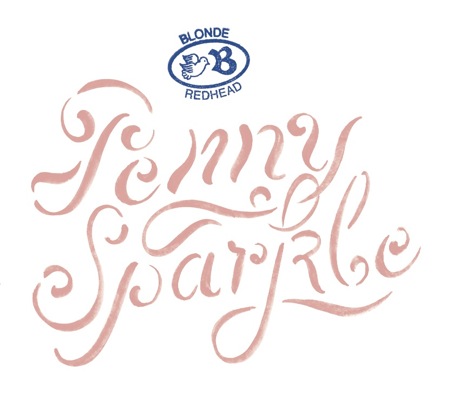 Last week Blonde Redhead gave us a new song called “Here Sometimes”, but no information regarding where the song came from. That has changed with the announcement of a new album called Penny Sparkle which will include “Here Sometimes”, which will open the album. The album will drop on September 14th via 4AD. Penny Sparkle was recorded in New York & Stockholm, with Van Rivers and the Subliminal Kid getting production credits.

Here is a quote from lead singer Kazu Mazino about the record:

“I can’t say what Penny Sparkle is about just yet. I remember talking to Ed (from 4AD) one day and telling him that I had a vision that I was traveling to far away places to complete it. Then I landed in snowy slippery Stockholm….. and here. I fell in love with the music like falling for someone you’ve known for a long time. It was dreamy and sometimes was very stormy. At times I felt like a shepherd who was trying to herd five stallions into a yard (unsuccessfully). I felt like I was a link to everyone. I remained still and the others were constantly moving around it. I am not sure what Penny Sparkle is but I hope I offered to them as much as they offered me. I know that we have never made a record this way and if I could go back in time, I would do it exactly the same way again.”